I'm going to be comparing the Nokia N95-3 (a.k.a. the N95 "USA Version", a.k.a. the N95 US-3G, released in October 07) to the original "Classic" N95 (released in March 07). I will be focussing on the changes; if you are looking for an in depth review please check the links at the bottom of this article to AAS's series of N95 Classic reviews.

Where to begin?  Well, a short summary of changes might be most useful:

While I have not run any scientific tests, my general impression thus far is that the improvement is outstanding.  Typically I'm away from the charger for 6-8 hours per day.  Sometimes more, sometimes less.  My demand on the phone also varies, from 'I never put it down' to 'It just added weight to my jeans all day'.  Regardless, typically the old N95 would last through most days, but sometimes I would be aware of the power bars dropping.   Thus far I havn't had anything but full bars on this device, period.

Despite the improvements, the sad truth is that this is still a charge-every night device.  However, it's no longer a problem to use and demand as much as you want from the phone during the course of the day. 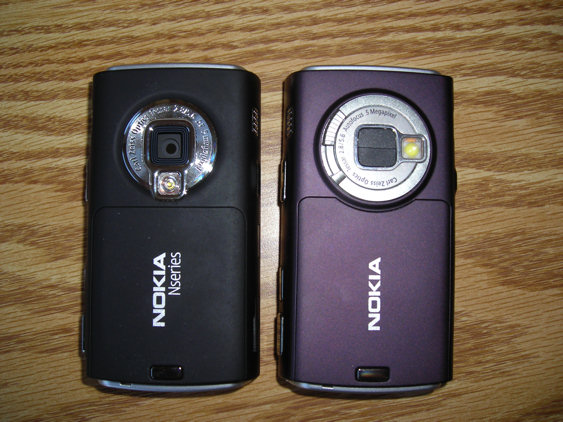 As previously noted, there are very few external modifications on the new device.  From the photo below, note that the N95-3 lies flat on the ground, and isn't awkwardly on an angle any more, like the original.  Additionally, the N95-3 is capable of standing on its side, perfect for taking timed shots.  Whereas the N95 Classic falls over, no matter what. 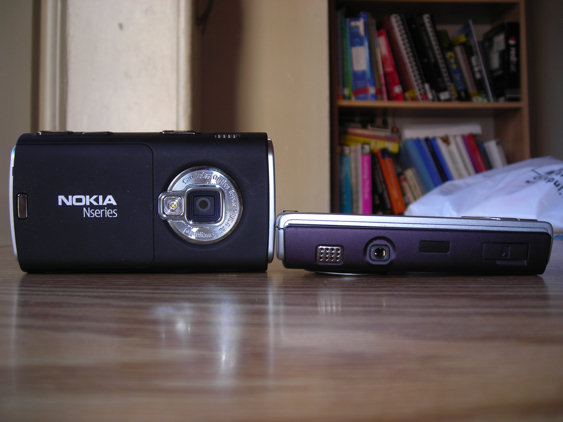 The slider on the N95-3 feels slightly different.  It no longer has the slight wobble when you press down on the softkeys, and it feels significantly smoother and subjectively 'nicer' than the N95 classic. To be honest, had I been the only person to say this then I might say it's all in my head (new gadgets can do that to you), but I have given the devices to others who agree with me.

The lack of the lens cover hasn't bothered me much yet.  To be honest, in my opinion it is easier to start the camera now. Holding down the camera button somehow feels more convenient than playing with the lens slider mechanism on the N95 classic. This is, of course, a personal feeling.

The additional depth that the camera housing extrudes in the N95 Classic is now part of the phone, so the devices are still approximately the same thickness. While this doesn't look or feel like much of a difference, it means that those of us who love our cheap eBay crystal cases are out of luck. 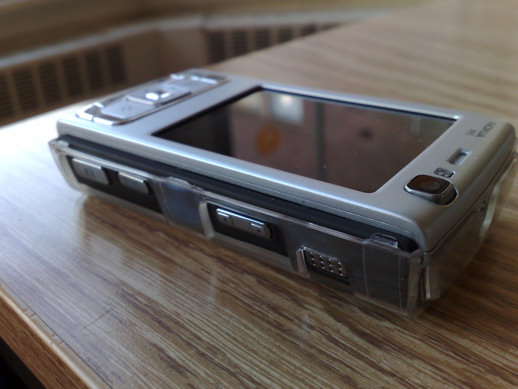 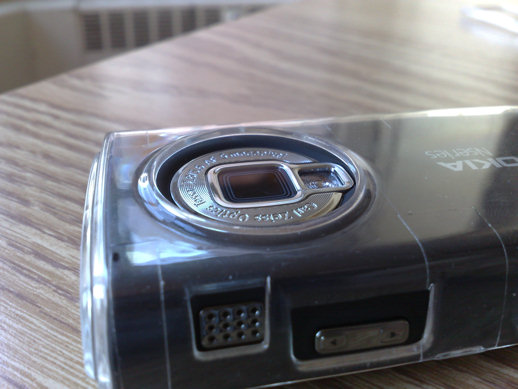 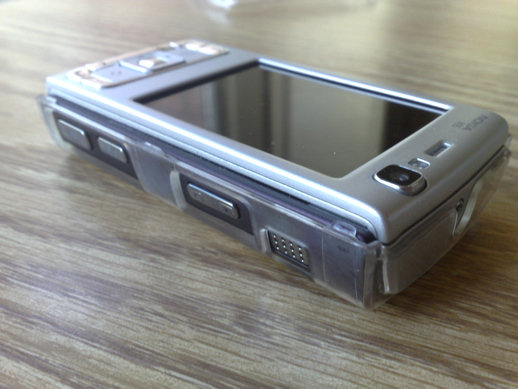 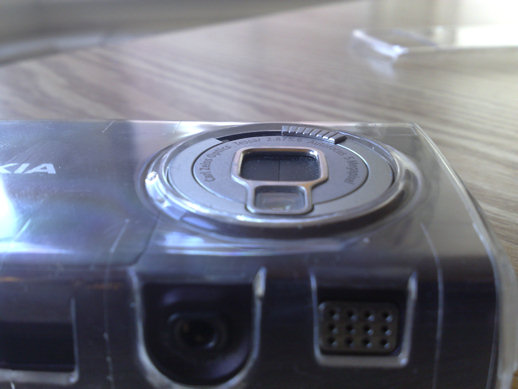 The crystal cases don't quite snap on, and as a result kind of hang unnaturally over the back of the phone. I guess, we'll have to wait for new ones to be made for the device.

The N95-3 comes packed with nearly 80MB of free RAM at boot up, enabling you to do something like this: 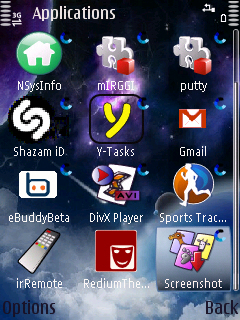 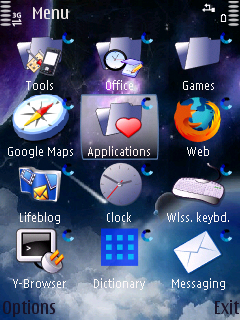 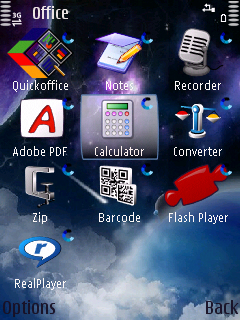 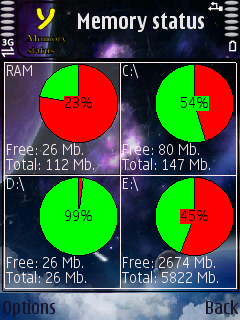 In that list are 3 (Gmail, Freeflight, eBuddyBeta) J2ME applications which typically consume more memory than native applications. Without them there would likely be at least 40MB free. That is twice as much free RAM as the N95 Classic when it has ZERO applications open.

And, after 5 minutes (really) of closing applications, we can see there is 74MB of RAM memory free: 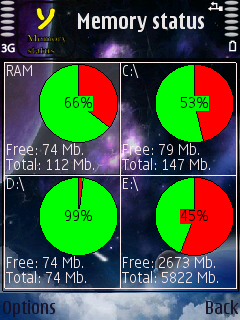 While you'd be mad to keep all of that open during normal usage, it's certainly nice to no longer have to worry about music playback stopping while web surfing and other typical multi-tasking scenarios.

You'll notice a couple other things from these screen shots: that I have a 6GB MicroSDHC card, which works flawlessly (with both devices), and.....

You may have read recently about some people claiming that EDGE can be "as good as", if not better than, 3G because EDGE consumes significantly less battery, and because the latencies (i.e. the waiting around for things to be sent from web servers) are the same.

Those people are crazy.

3G is an entirely different browsing experience. Yes I said it, while some people believe that the latency of wireless data technologies is the biggest factor that matters, those people havn't tried browsing the web on both EDGE and 3G. 3G can, without breaking a sweat, download a solid 50KB (yes, kilo-BYTE) per second. For everyday browsing that makes an enormous difference. Yes latencies still stink, but the experience as a whole is dramatically improved, as the time from button click to fully rendered page is much better.

Additionally, 3G considerably enhances the experience of applications like Google Maps. In this, I found the loading of maps over the 3G connection on the N95-3 happened at about the same speed as it does on a PC broadband connection. Panning around the map is seamless, with map images being downloaded nearly instantly. Suddenly over the air experiences start to make a lot more sense, though of course you do need an unlimited data plan.

I live in Philadelphia and am covered by AT&T's 3G network here and I've noticed something slightly odd. While it could just be in my head (read: it most likely is in my head), on several occasions I've picked up to answer a call and gotten dead air.  They can't hear me, nor I them.  If they called again then usually things work. It happened a few times on Thursday and Friday. I switched to GSM only on Saturday and recieved no issues.  I switched back Sunday to "Dual Mode" and I changed operator selection from 'automatic' to manual and the issue seems to have disappeared. I'm very interested to hear if anybody else has been having such issues (I hope not) and that I am indeed just crazy.

Steve has previously reported that the N95-8GB has a quicker start up time (due to software optimisations, including 'demand paging').  So I decided to conduct an experiment of my own, to determine if the N95-3 was similarly as fortunate. I started up both N95s at the same time, etc. Unfortunately, it appears that the new N95-3 actually boots up (remarkably) slower than the old N95.

There are a few other small items: the N95-3 doesn't have the little startup jingle. It has an option for silent picture taking (the N95 classic required some sort of "click" noise).  Finally, the back cover of the N95-3, at least for the black model, is a very nice textured material which has a smooth yet quality feel to it; unike the N95 Classic's more plastic feeling.

All of the really cool features of the N95 Classic still exist, of course, the nice (and loud) speakers, the 5 megapixel camera, and so on, and all work just as well as the original. 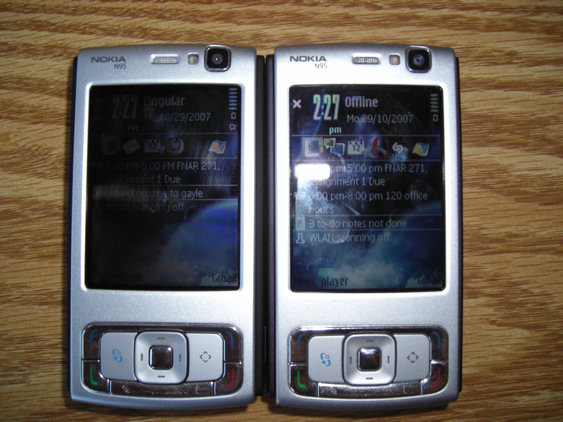 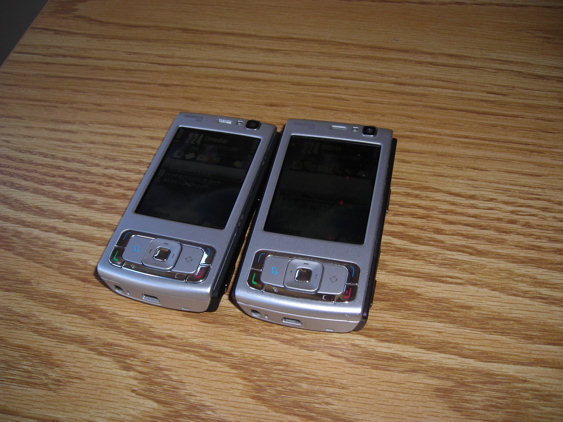