In a follow up to his popular series, from August 2008, investigating the practicalities of a S60 smartphone owner switching to an Apple Mac as the desktop counterpart, Steve Litchfield reports back after a couple of months of living the Mac life for real.

NB. It seems that some of the functionality below isn't applicable to Samsung S60 phones, e.g. The crucial Nokia Multimedia Transfer doesn't recognise a non-Nokia device. Fair enough, I guess, but something you should be aware of. 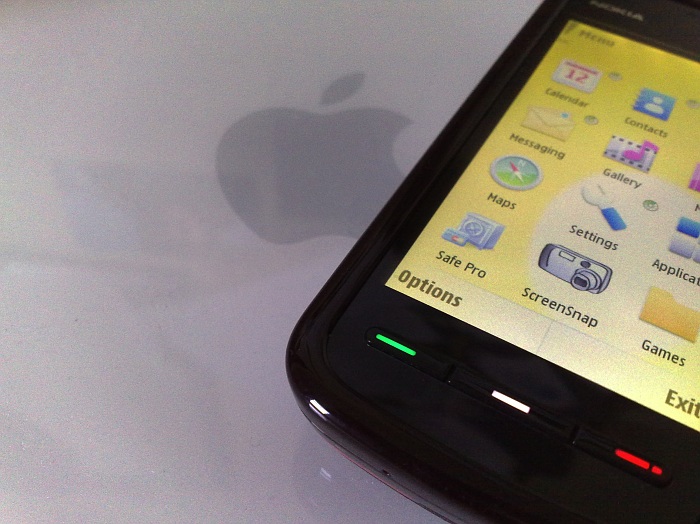 The original premise of my series was to explore the pros and cons of switching to an Apple Mac, a system totally alien to me at the time. With so much of my smartphone connectivity seemingly rooted in Windows, what was I going to have to give up if I switched to using a Mac? Nokia hasn't traditionally been as supportive of the Mac OS world as it has of Windows, so I was expecting the worst.

In part 1 of the series, I looked at general connectivity. Bluetooth is built into all Macs and this works very reliably for file transfer and phone file browsing. Downloading the free iSync plug-in from Nokia soon had my phone syncing its PIM data to iCal and Address Book, though I was concerned by the way the sync process trod all over my N95 and (by default) removed Calendar entries from beyond a month from today. In general though, a thumbs-up here.

Now that I'm using a Mac fulltime, I don't use the iSync at all, preferring to sync to the cloud (in this case, Ovi, but Google's sync offering would work almost as well). I do use the Bluetooth file transfer every day - with no Mac equivalent of 'Nokia Application installer', the easiest way to install new apps on my phone is just to 'Send' the SIS file to the phone and click on it from Messaging. Or, sometimes, to drag and drop the SIS onto the phone's memory card and install from File manager - rather more hassle and steps this way, though.

In part 2 of the series, I looked at copying music and videos around. Specifically, I discovered the second prong to Nokia's current Mac offering, i.e. Nokia Multimedia Transfer (NMT). I was largely impressed by the speed at which photos and videos were sucked off my phone and music was transferred/synced on, but at the time I found the sheer number of options confusing. 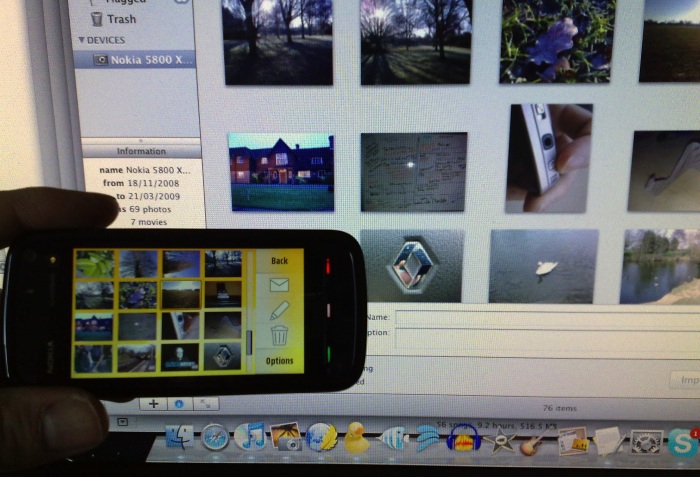 In retrospect, I keep the re-syncing of photos and videos back to the Nokia S60 phone turned off. I do use the iTunes sync and this works brilliantly for my (DRM-free, I rip my AAC files from my CD collection) music collection. I simply right click on any tracks, albums I like in iTunes and choose 'Add to playlist...' 'Phone'. On the next sync, all needed files are seamlessly transferred. I also use the web bookmark sync, it's handy to have all my mobile bookmarks well and truly backed up.

But the jewel in NMT's crown is the integration with iPhoto. All the photos and videos I take on my phone(s) are automatically offered for iPhoto import and, after import, there's the choice to keep or delete the originals on the phone. In iPhoto, each day's photos are kept neatly organised and it's easy to rename a block of photos as belonging to the same 'event', e.g. 'Visit to Samsung UK'.

In part 3 of the series, I was mainly looking in detail at the way the various Mac video editors handled the MP4 video files spat out by my Nokia N95. With variable frame rates, these have traditionally caused problems on most PC video editors, with audio/video sync issues. Thankfully, the Mac's OS and multimedia subsystems are about ten times more robust than Windows' and I had no sync issues in iMovie HD, iMovie 08 or Final Cut Express 4. However, there were usability and functionality issues right, left and centre.

iMovie HD was limited in how it handled photo and video overlays, with a very clumsy timeline implementation. Appropriately, it felt like a product from the 1990s. iMovie 08 was far more modern and intuitive but felt like a video editor for dummies and just about everything I tried to do (pan and zoom on photo overlays, cutaway video clips, etc) wasn't possible. Final Cut Express 4 could do everything under the sun but was slow and hugely complex. After a few days training on it, I still couldn't even manage to produce basic video edits. This product has the learning curve from hell. Really.

With the release last month of iMovie 09 (free with all new Macs but a paid upgrade for older computers), my video editing experience was TRANSFORMED. The name change to reflect the new year simply doesn't do the update justice, since iMovie 09 has twice, or even three times the raw functionality of its predecessor. Simultaneous picture, video and music overlays simply don't phase it, there's impeccable handling of my Nokia 5800, N82 and N95 MP4 files and the whole thing is put together on an intelligent and intuitive storyboard that's a pleasure to use. Again, I want to emphasise this. iMovie 09 is a stunning product and, given my video production focus with AAS and The Phones Show, if I wasn't already using a Mac, I think I'd switch just to be able to run this application. It's that good. 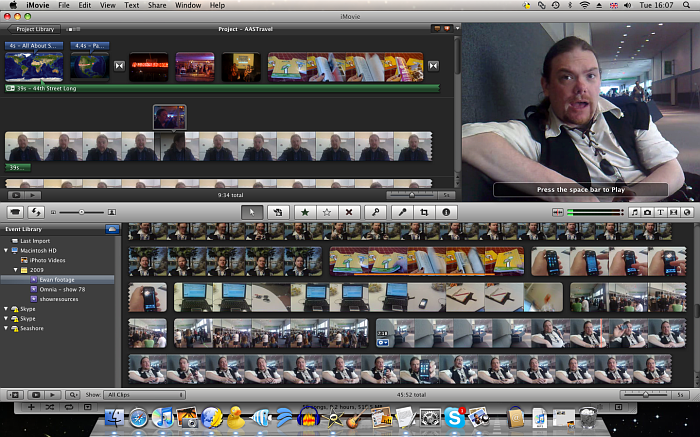 In part 4 of the series, I looked at tethering (which worked perfectly after a few setup problems), application installation (mentioned above, handled by transferring the SIS file), backup (using the Missing Sync, which includes archiving of your SMS texts), firmware updates (currently impossible on a Mac), application 'desktops' (none currently exist for the Mac) and Nokia Maps sideloading of maps (not available when I wrote the article).

I usually back up by weekly syncs to Ovi, backed by fortnightly backups to the microSD card in my phone. With all media already synced, this is almost enough for me. The missing bit is my Handy Safe Pro database with all my PINs and passwords. This will only sync to my PC and remains a weak link in my 'data chain'. The sooner Epocware write a Mac version of their desktop, the better. Firmware updates, which would have been a showstopper a year ago, are now not a problem since all new devices are coming with Over The Air firmware update capability. Most also have User Data Preservation, so what was once a royal pain is now made extremely easy. And desktop-independent.

The issue of map side-loading is also now taken care of, thanks to a Mac version of Map Loader. Although, with mobile data getting cheaper and cheaper, it's just as practical most of the time to let Nokia Maps populate its maps over the air as well, in similar manner to Google Maps.

In summary, with the relatively minor issue of the Handy Safe Pro syncing, I've made the switch from Windows to Mac successfully with next to no impact on my phone operations. And, with the availability of iMovie 09 to handle phone-shot videos, I'd argue that the Mac system now offers more for the average owner of a new Nokia smartphone.

Fear not though, for I'm not turning into an Apple or Mac fanboy (in terms of irrational platform evangelism) - my faithful Windows laptop sits to one side and is also pushed into regular use whenever I'm out of the office - it just doesn't see as much of my S60 toys as it used to!

Steve Litchfield, All About Symbian, 24 March 2009

PS. Someone's bound to ask the question 'So which is better, the PC or the Mac?'. So I'll answer it anyway, though not conclusively. The Mac is much more stable and everything does indeed (mainly) just 'work'. And there's far better protection from malware. But I've still not been able to get close to matching the variety of apps and utilities that I'd amassed for Windows (and even DOS) - there are still times when I simply have to fire up Redmond's finest....