When a smartphone falls out of use in your life, there's a temptation to find a good home for it. Often a family member, often a second hand market like eBay, but sometimes - just sometimes - the phone is special enough, is unique enough, in fact is downright collectable enough, that you might like to hang onto it. Not necessarily just for pecuniary reasons, but perhaps sentimental reasons as well. As an example, I've picked out a dozen smartphones from my own collection that fit this bill. Classics one and all...

I'm sure you'll agree with some of my picks, but you'll also have your own favourites. That's what the comments are for! 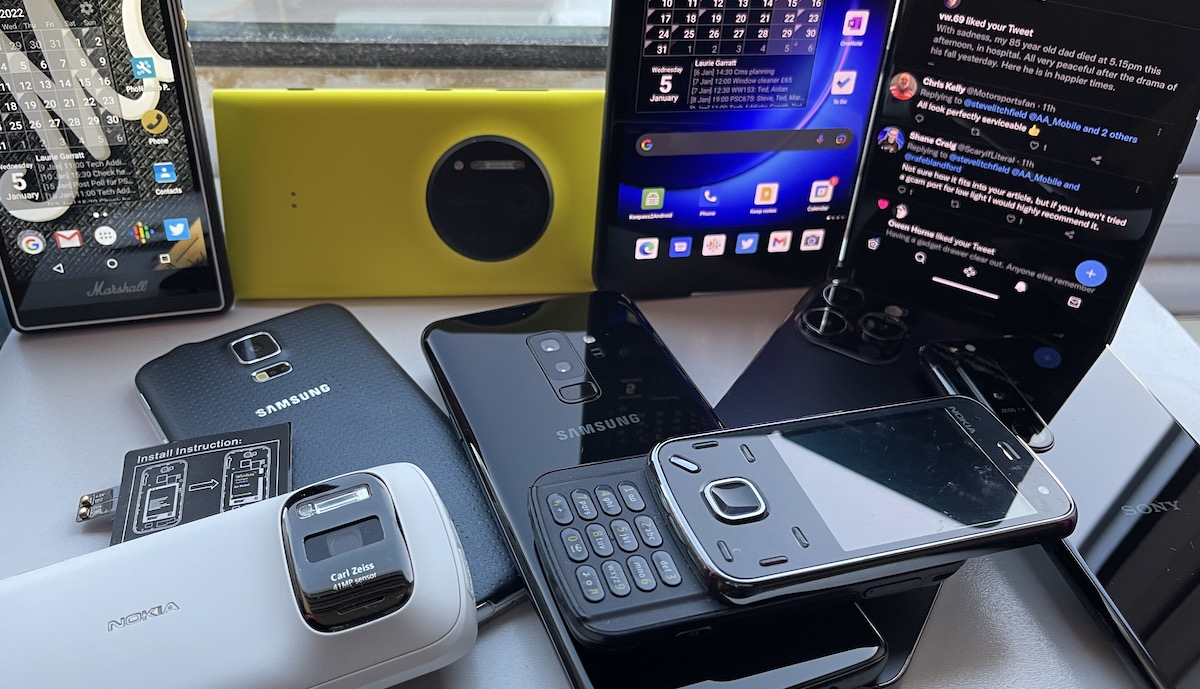 I had a quick round-up from the office and found most of the devices listed below, at least. A spring clean does indeed beckon, I think, to find the rest!

Note that some phones I've used were game changers (e.g. iPhone X with the first secure Face ID), but ultimately not classics because they were evolved/improved upon (without taking anything away) and thus there's no real value in keeping it, you can just get a newer version for something even better.

In chronological order, stating my reasoning for each being a 'classic' as we go:

Running the all-touch UIQ interface on top of Symbian OS, the P800 was a 'pure' device in that the mechanical keypad flip was just that - mechanical. When you pressed each keypad button, the underside of the button touched the resistive touchscreen underneath, which mirrored the physical layout. And when you swung the keypad out of the way, the full touch UI was revealed. 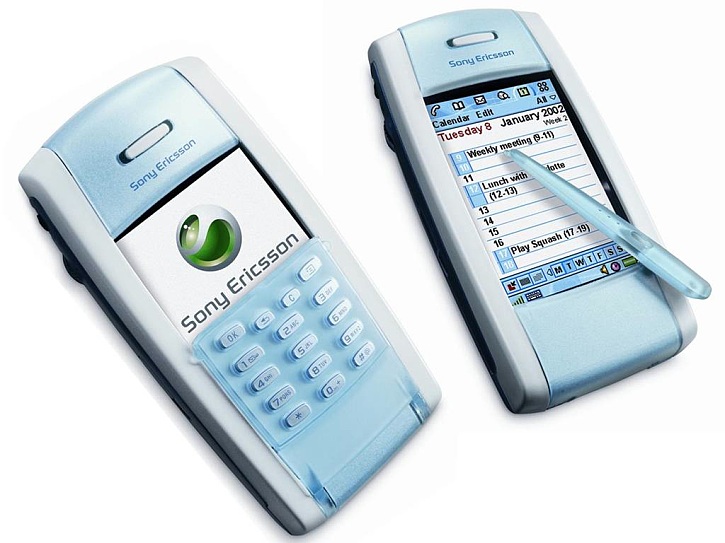 The beauty of this approach was that there was no electrical connection through the keypad hinge, so nothing to wear out through repeated opening and closing. The follow-up P900 (and P910 etc.) changed this approach for a slender ribbon cable through the hinge, which I always thought was less elegant in terms of design.

Everyone knows the Nokia N95, plastic fantastic dual slider that came apart at the drop of a hat, usually unintentionally. Great specs for the time, though. Which is why the far rarer N86 8MP is the one to go for in this form factor. Part plastic, part metal, part toughened glass (in an era before 'Gorilla Glass'), the build was rock solid, the buttons far easier to use, the display was AMOLED and gorgeous (again, in an era when everything else was LCD), plus the camera was best in the world at the time of release, including dual aperture, something the rest of the phone world took a decade to catch up to. This was as premium as S60 3rd Edition got and I loved it to bits.

Ask ANY iPhone enthusiast which was their favourite in the last 14 years and most will quote the iPhone 4. As will I. True, the iPhone 12 Pro/13 Pro ranges get close in the modern age, but to have a steel chassis and Gorilla Glass front and back was new in 2010. The '4' felt so solid in the hand in terms of weight and materials - at least until the user dropped it and smashed the glass. But back then phones weren't waterproof, so getting them apart to replace a screen was trivial and very DIY. The internals of the iPhone 4 dated quickly, but the design language is/was timeless. It got slimmed down for the iPhone 5 series, albeit with aluminium, which wasn't half as satisfying in the hand! 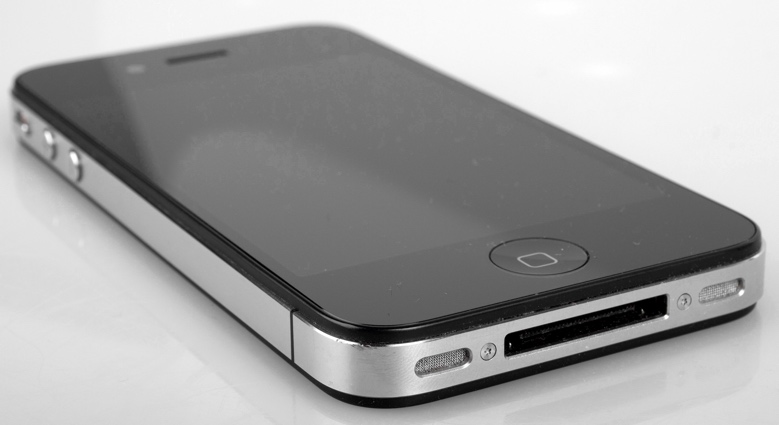 Google's first few Nexus devices weren't exactly revolutionary, other than their use of Android, cutting edge at the time. But the Galaxy Nexus had a screen diagonal of almost 5" and this seemed insanely large in 2011. It looked forward to the upcomign decade, when screens would need to be larger to accommodate new phone use cases, especially media. The Galaxy Nexus was also very thin across most of its body, so thin that the battery was small and life wasn't great. Happily, an official replacement battery and back was available and I used this with great success for at least a year. 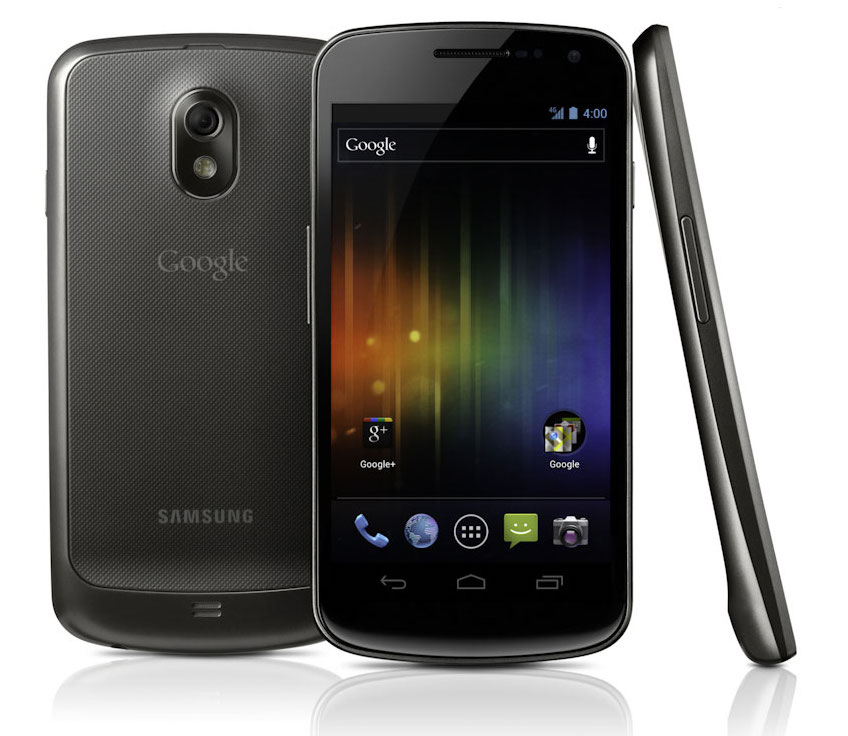 The phone camera that kick started the next ten years of phone imaging, of course. PureView (RGB) oversampling of a 1/1.2" sensor that's still, ten years later, bigger than almost all flagship main sensors, all happening in custom silicon meaning lightning fast results. The tech was new, of course, and no one knew how to put OIS on a camera so large, so low light shots needed a steady hand or a tripod. But the phone still does well today, and there are still 808 addicts using the device with its Symbian touch OS and - incredibly - still developers writing for the system. Crazy, eh? The 808 was the very last Symbian-powered device and arguably the best.

The 1020 almost needs no introduction, it's still unique in the phone imaging world in that it produces RGB-overampled 'PureView' unzoomed images that, in most light conditions, still put 2022 flagships to shame. Nokia then got bought by Microsoft, plus the teams went back to 20MP sensors, leaving the 1020 and its 41MP sensor as (along with the 808) evidence of a peak in computational photography. Modern phones may have multi-frame capture, but they've also got Quad Bayer sensors (urgh) and way too much edge enhancement. The 1020 then, for the pure imaging win - just don't look too closely at the state of its OS or at its speed!

Tempting though it is to pick the S4 from 2013, which sold in its tens of millions, I'm picking the S5 here because it marked the very end of one era and the beginning of another for smartphone design, at least for Samsung. The Galaxy S5 was IP67 waterproof, you see, thanks to clever seals and gaskets, yet you could also peel the back off (remember that?), replace the battery, put in microSD, add in a Qi charging coil (there were breakout contacts for this!), and more. In a sense it was the best of the past and the best of the future, though history doesn't remember it kindly for Samsung's terrible decision to go with microUSB 3.0, an ungainly and ugly connector for data and charging. In fact, it worked just fine with regular microUSB, but the odd default cable left a negative mark in the industry's collective mind and microUSB 3.0 was quietly forgotten by everyone, with USB Type C starting to arrive the year afterwards. 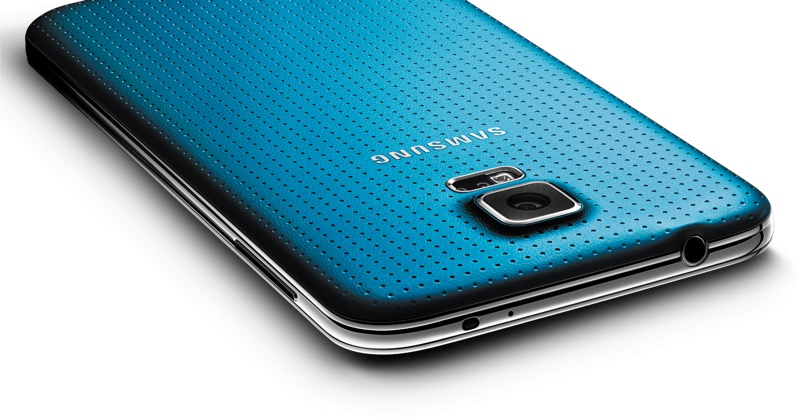 Yes, that Marshall, this is the phone for rock gods, or so the marketing goes. This is ultra-niche, but collectable in that the company only MADE one phone! It's covered in 'amplifier' fake/plastic 'leather', it had the loudest and fullest stereo speakers on any phone at the time by a country mile, it had a gold analogue volume control, two 3.5mm audio jacks, for which volume could be controlled independently, plus a mountain of other playback and recording features. Although the London isn't useable as a main phone in 2022, since it's too slow with modern software, I'm not parting with mine anytime soon!

Samsung's arc in the phone world has been very obvious - no, not in terms of sales but in terms of specifications and functions. I'm one of the few that minds, it seems, but aside from losing removeable batteries, Samsung smartphones were always the devices with everything but the kitchen sink. Stereo speakers, gorgous displays, expandable storage, 3.5mm headphone jack with professional tuning, proper telephoto camera, biometric sensors for pulse and SpO2, lightning fast capacitive fingerprint sensor, the S9+ had the lot. (So did the sister device, the Note 9, which added a stylus, so even better?!) And then Samsung started taking things away, from S10 to S20 to S21, each one knocking a fan feature on the head. A great shame, but at least I've got my trusty S9+!

Somehow Apple keep bringing it home in terms of hardware (and, arguably software) over the last three years. My primary SIM has been in 11 Pro, then 12 Pro Max and goodness know how I managed to resist getting the 13 Pro series in 2021, but year on year the imaging gets better, the processor speed ramps up, the battery life gets better, the speakers get louder, and so on. The 12 Pro Max has been my 'go to' jack-of-all-trades device since I bought it in October 2020 and it runs as sweet as a nut while feeling super-solid, with those steel slab sides, and generally high class. As ever, there a few features it (and iOS) doesn't have, but get over these and you can't go wrong. With portless, SIM-less iPhones, and change generally on the horizon, I'm guessing the 12 Pro and 13 Pro series will be viewed as classics. 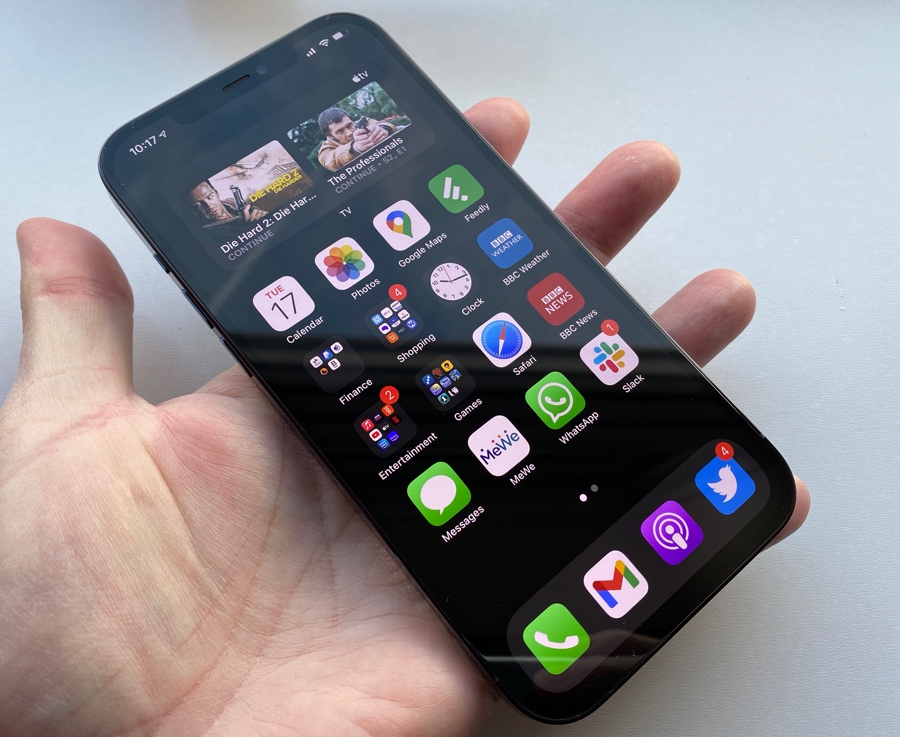 Although on the face of it just another Android smartphone, the Xperia 5 ii was significant for one huge aspect in my eyes. When making the original Xperia 5, Sony followed the herd and took away the 3.5mm audio jack - and its fans complained. They complained a lot. As a result, we saw the very unusual step of a manufacturer going back on its strategy and bringing the 3.5mm jack back. 2021's Xperia 5 iii also has the jack, so Sony clearly knows its fanbase and what they like. Kudos. There's a lot else to like about the Xperia 5 ii, from an extra long aspect ratio that means more screen real estate for a narrower feel in the hand, to very decent three camera imaging, to a unique Dynamic Vibration system that adds the 'feel' of bass frequencies when watching or listening to media. 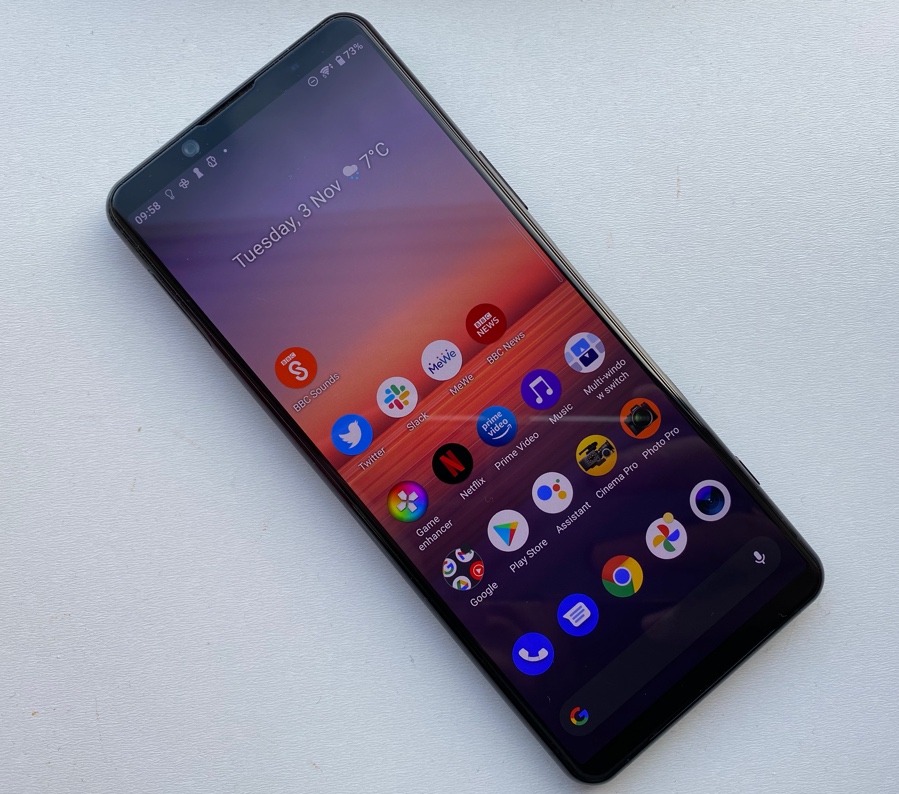 Yes, yes, this has only been out for a few months, so how can it be a classic already? The thing about the Duo 2 is that (along with the original prototype-ish Duo) it's unique and the only device of its kind in the smartphone world. And clever money says that there won't be a replacement in 2022, leaving the Duo 2 as a jewel-like dual-screened smartphone with odd form factor and very unusual use cases and possibilities. I can spot a classic when I see one! 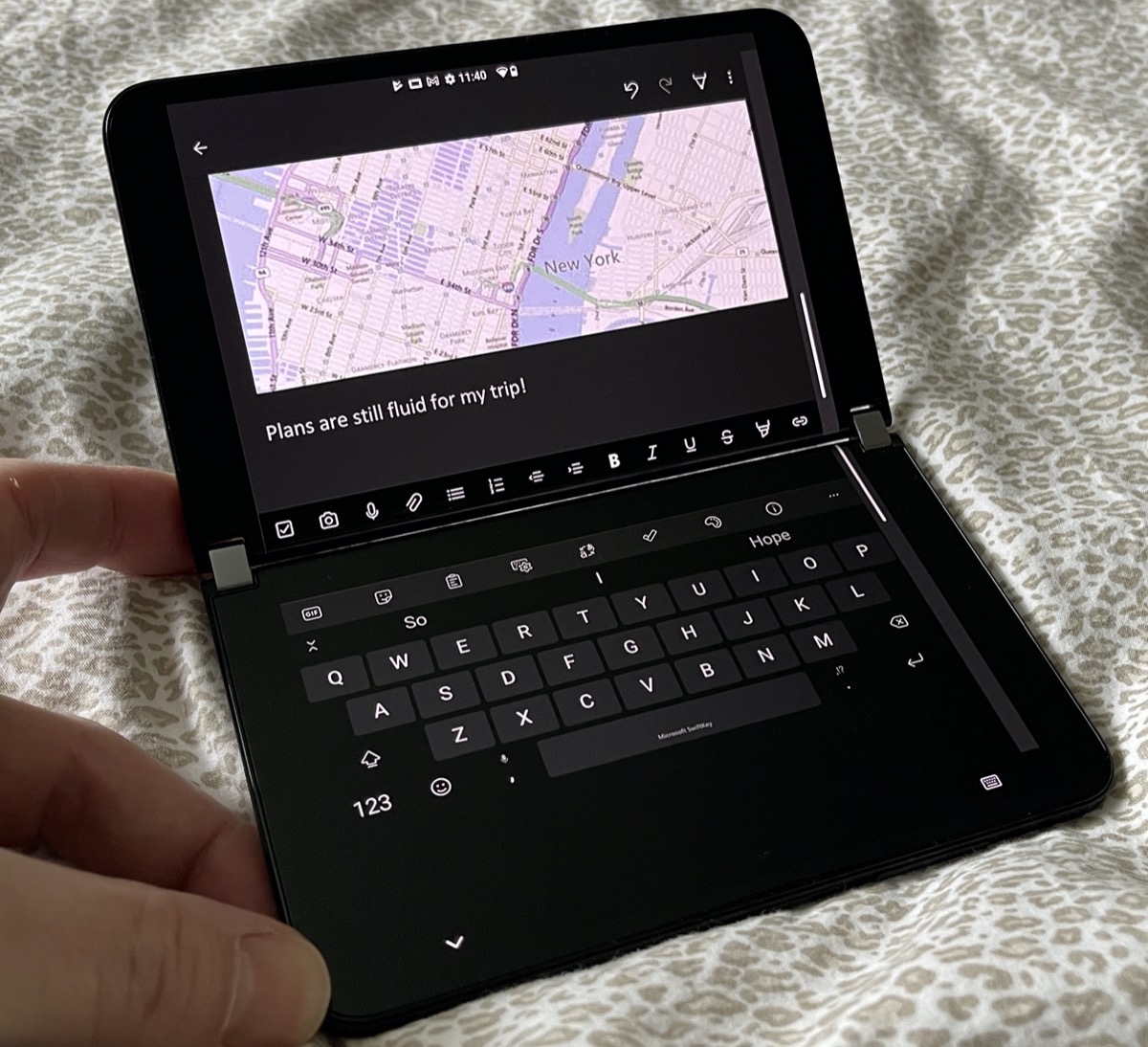 Comments welcome if you have your own 'classics' that you'll never sell and which take pride of place on your gadget shelf!