Going retro. How far back would you go?

File this under 'middle of the night musings', but it's a question I often ask myself. 'How far could I go back in Symbian history and still have a device which filled all my needs today in 2012?' After all, there are some functions which (e.g.) the 2007 Nokia N82 does a heck of a lot better than 90% of today's oh-so-droppable, oh-so-expensive touch-slab smartphones, albeit with a less obviously pleasing UI. But how far could I go back? At what point does the antiquity of the hardware and software get in the way? 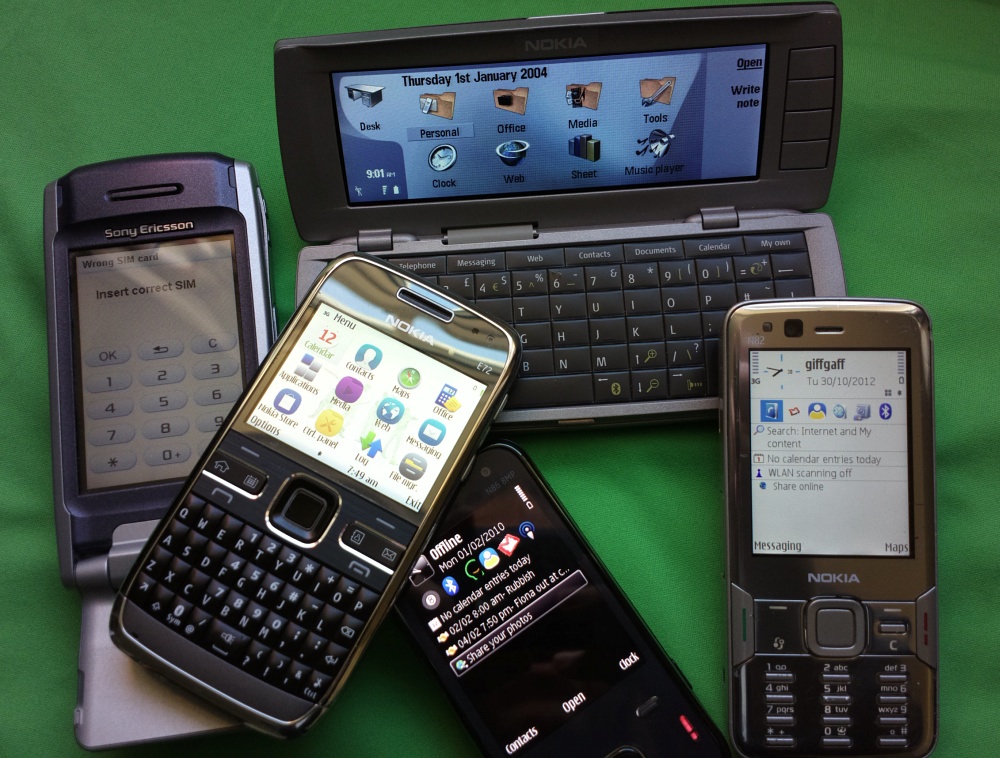 I've often commented, when asked which smartphone fills my needs best, that I could pluck almost any device from my Symbian archive, stick in my SIM and refresh its podcasts/PIM info and I'd be off and running.

Here are some advantages of going 'retro':

The disadvantages are just as numerous, of course, from lack of compatibility with many 2012 apps and services to smaller screens and slower processors. But, staying in the 'retro' spirit, just how far could I go back?

One obvious point is that beyond a certain point (the Nokia E71 and N95 were the oldest devices to get it), the free worldwide sat-nav wouldn't apply. Not that I'm averse to a modest ten quid for a year's navigation license on older/other devices (e.g. the aforementioned N82), but it's a hassle setting up the license and you have to wonder if Nokia's map license servers, which aren't technically needed anymore, will be taken offline at some point. 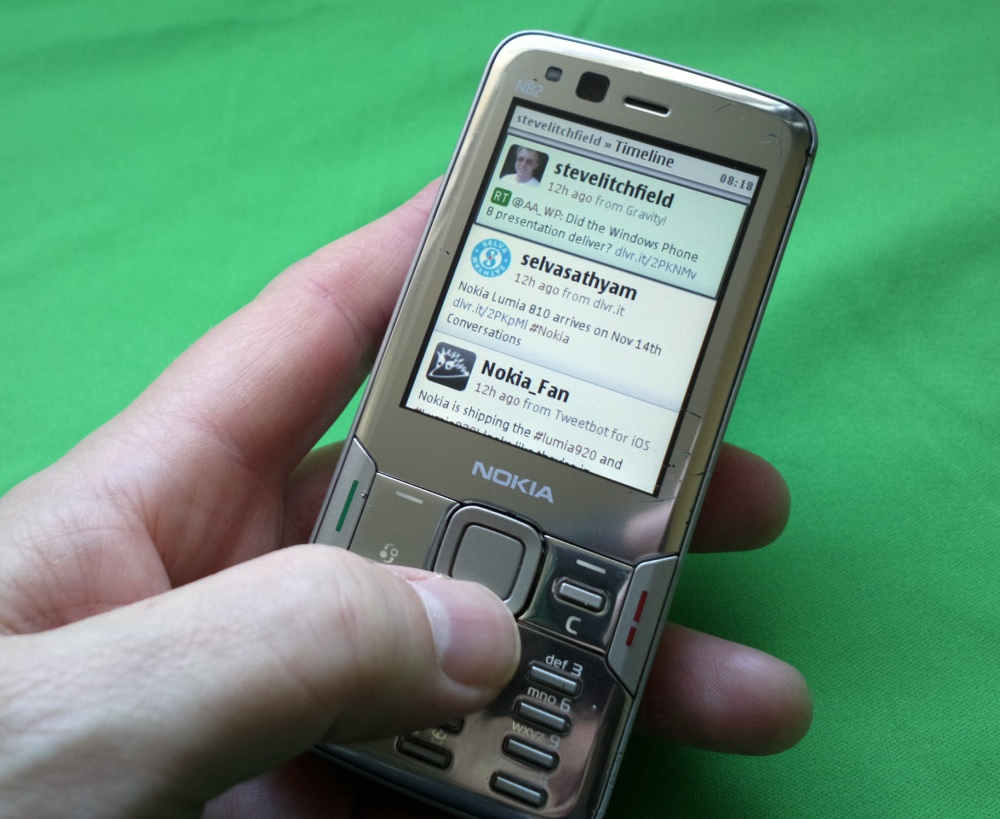 Another factor might be PIM sync, with the current excellent Mail for Exchange implementation not being available and reliable once you go back beyond S60 3rd Edition FP2, which means that you'd have to rely on SyncML or Nokia Suite to get contacts and calendar backwards and forwards.

Go back further and you can even re-emerge into the world of touch, thanks to the Sony Ericsson UIQ-interfaced phones, albeit with a plastic stylus (eight years before the Samsung Galaxy Note!!), far slower processors and less capable hardware than today's devices.

Also from eight years or so ago, there are the large 4"-screened Communicators, of which the 9500 was possibly the best, with full keyboard, menu-based interface and yet with appallingly underpowered media handling and web browsing by current standards. (The Nokia E90 promised to take this form factor and really up the hardware spec, and is another candidate, but even that ended up being poorish for media and web.) 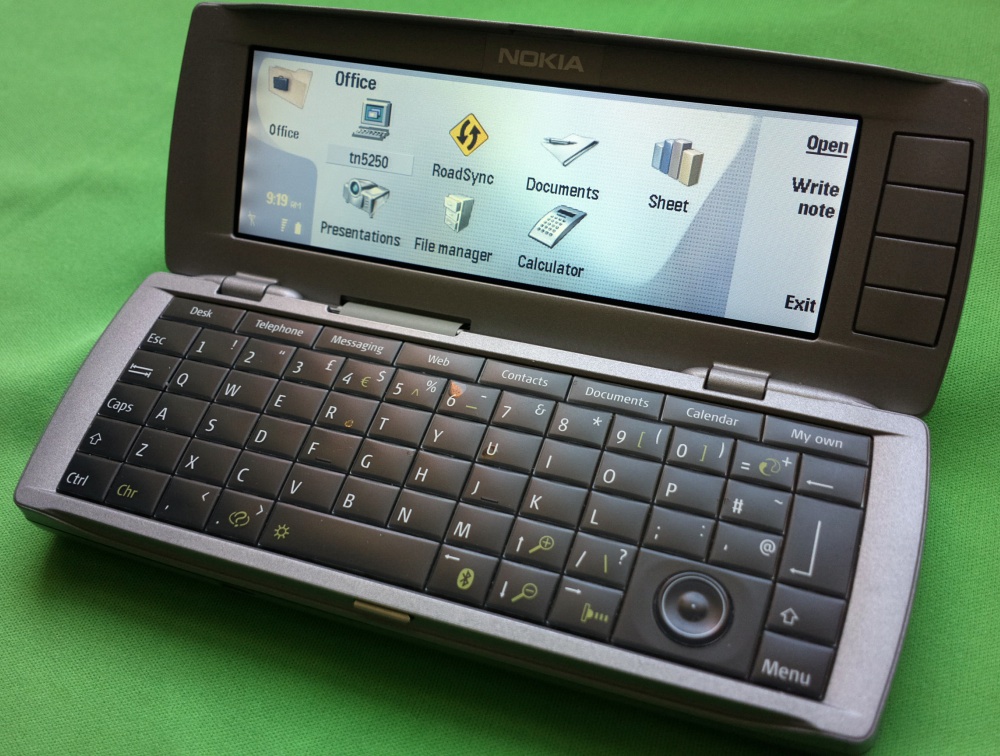 Maybe web rendering, generally, is a showstopper for you? Anything but mobile web pages are out of the question in 2012 with the older, slower processors and less capable browsers.

Or maybe a showstopper (and somewhat topical, given Apple's controversial proprietary 'Lightning' connector in its latest devices) is the use of older data connectors: Nokia Pop-port, mini USB, Sony Ericsson's proprietary port, and so on? It drives me mad, when I do get out a much older device (pre N82), to realise that I can't just plug in a standard microUSB data cable or 3.5mm audio jack. Times have, in this regard, changed massively for the better, I feel. (Well, unless you have an iPhone....) 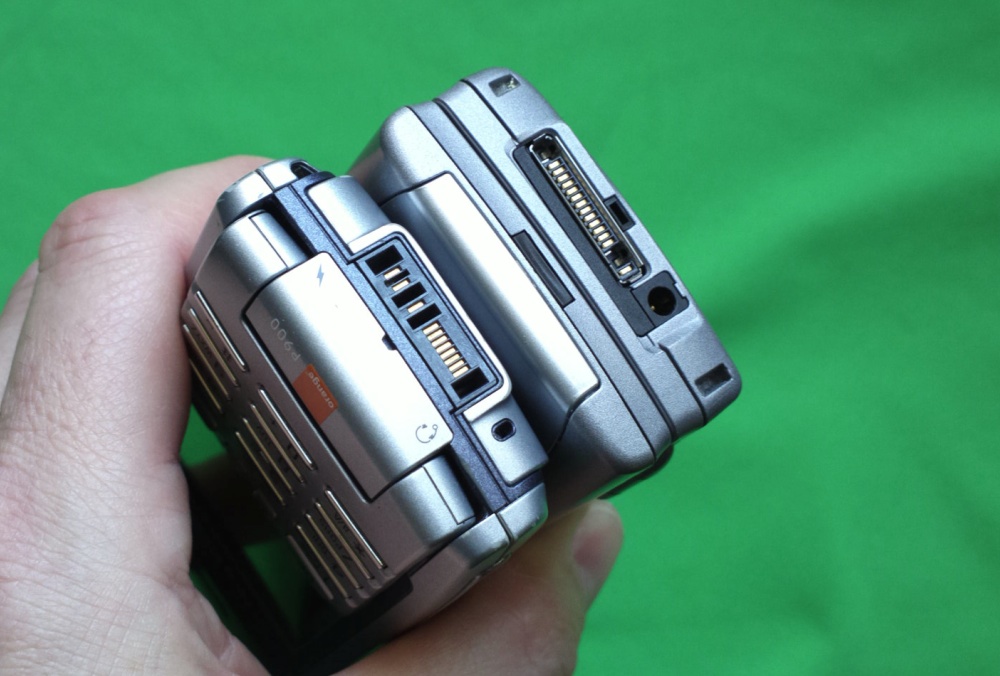 How far back could you go, plucking an old favourite out of a drawer and bringing it back to life in 2012 in a productive way?

Comments welcome, but I'd be torn between N95 8GB (which I foolishly sold a long time ago - sob), N82 (still have it, massively battered, as shown above, but still working perfectly) or N86 (now with a cracked plastic back, but also still working perfectly). Something of that generation, with decent RAM and performance, perhaps. Or maybe my slightly newer Nokia X6, with the capacitive touchscreen and boombox speakers (and 'Symbian Anna' custom firmware!) Choices, choices....

PS. If you do decide to have a crack at bringing a retro Symbian smartphone out of retirement, do note my 'pimping' series of articles, which should save you a lot of time:

PPS. Any other devices you'd like to see me 'pimp'?

Filed: Home > Features > Going retro. How far back would you go?