The N95 has been out for over a year. The N95 8GB for over four months. The N82 for about three months. All three have very similar spec sheets. But, away from the raw figures, there are numerous small differences. How do these stack up, qualitatively? Which, overall, really is the best smartphone in the world? 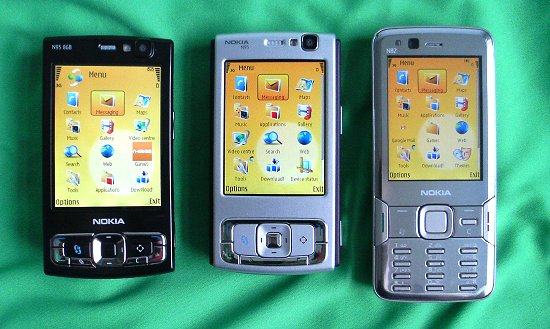 The baseline of each of the top Nokia Nseries smartphones is more or less identical, of course, with:

Plus the same processor, same screen resolution, same telephony/data spec. And so on. But, away from the similarities, for the true Nseries connoisseur, the differences also start to add up. From the N82's dimmer and smaller screen, to its better GPS and more robust form factor, to the N95 8GB's larger and brighter screen but greater size and weight, to the N95's protected camera lens, it's interesting to balance things out and calculate which of Nokia's 'top three' is best overall.

In this case, I've used each model for at least three weeks of non-stop day-to-day action - in the case of the two N95s, several months each, so my scores below are very much based on real world impressions and not just on specs and a quick play. With the baseline spec established, I was interested in all the small differences, many of which would not necessarily be covered by review in other blogs, sites and magazines. Here we go... 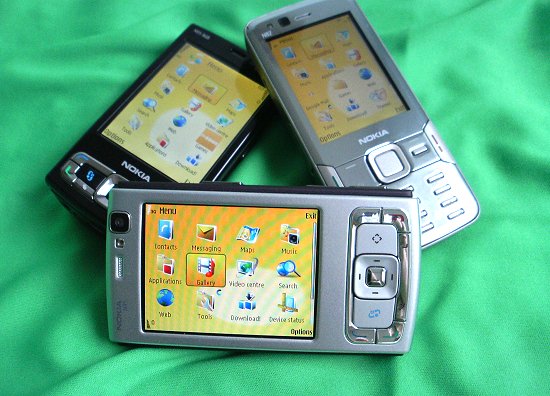 For more detail on each Nseries flagship, of course, you could do a lot worse than go and read our detailed reviews, here on All About Symbian. See the links below.

The conclusion may surprise you. It certainly surprised me and I've gone back to the original N95 with a renewed respect. It's worth noting that the above scores were all based on latest firmware for each device - the recent v20 and v21 updates for the N95 made a huge difference in terms of capabilities and performance - the original firmware for the N95 would have scored the device quite a bit lower!

Although this is a 'win' for the Nokia N95 classic, despite now being 18 months old (and in the real world for well over a year - an eternity in the smartphone ecosystem), you should note that I've factored cost into the reckoning. Take out the score for 'cost' and all three devices score more or less identically. In fact, the scores are outstandingly close, considering the variations for the individual attributes.

So close, in fact, that I'm going to declare the result a three way tie. Any new smartphone purchaser would be very happy with any of the three. My advice, in terms of which to actually plump for? I'd go with the N95 or N82, depending on form factor preference. And then consider the N95 8GB if price wasn't an issue and if absolute photo quality wasn't critical.

It's a tough call though. What do you think? Would your scorings vary for the detailed attributes above?

A Personal Review: 7 Days With An Nokia N95