As writers who often seem to be taking Nokia's side, against the prevailing mood in the world tech press, I'd like to justify why our faith isn't misplaced. Specifically, in the context of updates and stability. It's at this point that I have to acknowledge the few who have bought specific network-branded, locked Nokia smartphones in some countries and been left high and dry, but on the whole Nokia's firmware and application update programme has been relatively impressive. Read on for my thoughts and a cautionary tale or three. 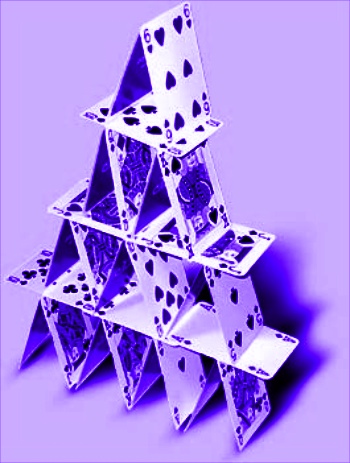 Building a house of cards was always a favourite pastime as a kid (see example, left) - their salient attribute was, of course, extreme fragility. The slightest gust of wind or knock from a smaller sister (in my case) and down came the whole thing.

I've often used the analogy to explain to people how Windows desktops often end up, the idea being that after being patched and prodded and extended and showered with freeware and (probably) warez or P2P media stealers, you end up with an incredibly complex operating system installation and one which has been taken further than the original programmers could ever practically test. So when my friend comes complaining that his documents don't print because the a 'fatal exception' error pops up on screen, I'll give him or her 15 minutes of my time to look for something obvious, while talking them through this analogy.

The cure is often, at least with Windows, to re-install the OS; and preferably to back up as best you can, then wipe the hard disk and then re-install the OS. Analagous to knocking down the house of cards and starting again.

The same applies to a smartphone operating system like Symbian, to some degree, although because phones have to communicate directly with a national phone network, there's rather more stringent Q&A put in place to keep the OS secure (putting it in read only 'ROM' area is a good start) and to limit what third party apps can be installed and what they can do.

Which is why most of our smartphones work rather more reliably than our Windows computers. But there's still something of a 'house of cards' factor at play.

As many of you know, I'd been using (and generally playing with) the HX custom firmwares for the otherwise-abandoned Samsung i8910 HD - still a very powerful bit of kit. I reported back on my adventures many times, for example here, here and here. After flashing the latest HX-11 firmware (now, sadly, not available after a legal skirmish with one of the other coders), my i8910 HD seemed stable and working just fine. It included a CPU speed setting and I left this on a moderate setting, not wanting to get my house of cards off a 'hot'/shaky start.

Then I started adding applications. All the usual suspects, Micropool, Gravity, Opera Mobile, HandySafe Pro. The next step started to take me up the second level of my house of cards. I installed the (ahem) modified Ovi Store client, so that all the usual Offscreen touch freebies could be downloaded. The client's quite a way off the current release on Nokia touchscreen phones, but at least it most of it worked. Skype wouldn't start, but then I seem to recall it's built on Qt and the i8910 HD HX-11 firmware is known to a be a bit glitchy when it comes to Qt.

Level two of my house of cards was complete and the i8910 HD was still working like a dream. The next stage involved downloading the (even bigger 'ahem') modified Ovi Maps 3.4 client, so that voice navigation was a go. It installed fine and basic navigation seemed to work.

Level three of my house of cards was complete. Now to set up all my passwords and accounts. In Gravity (piece of cake) and in Google's Gmail client.

All done. Wobbling ever so slightly in the virtual breeze, I had my smartphone house of cards and felt pleased with myself. I stuck my main SIM in it and went for a walk. 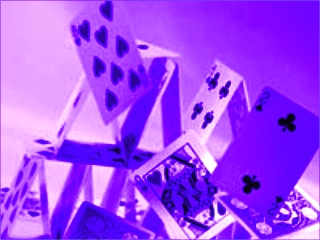 "Let's try out Ovi Maps", I thought. I got a walking route to the local shops (yes, yes, I know the way, I'm the geek who can't travel anywhere without testing some navigation gizmo or other!) and set off. My wife called to coordinate something and I hung up. The i8910 HD promptly rebooted itself, there and then. No error message, just a complete restart of the OS.

"OK, so I'll admit that Ovi Maps' mere existence on the i8910 HD was a trifle precarious", I pondered, "let's leave that to one side for now". At the shops, I used the Gmail client to check my email and there was a message that really needed an urgent reply. I confidently used 'Reply' on the menu and tapped in the text box to bring up the virtual qwerty keyboard. No response from any of the keys/on-screen buttons. In fact no response from any of the hard buttons on the device. I had to pull the battery out to restart it.

The thing is, that even with all my Symbian expertise, I've got NO idea how to address these issues on the i8910 HD. They're 'house of cards' issues. They're what happens when you take a complex OS and start customising it unofficially, then start modifying other heavy duty software to run on said customisation. If it all worked it would be something of a miracle, and I wasn't altogether surprised that my house of cards came crashing down.

Obviously, in such a case, there's no official support, no official avenue for help, and precious few people in the world with exactly the same kit or set of apps to ask for advice. Now this isn't (all) Samsung's fault - they stopped making the i8910 HD for commercial reasons, no doubt - hey, it's their company and their money. And it's certainly not HyperX's fault, Andy was doing the very best he could for little reward in putting together a series of firmwares that offered more than the stock ones. We've simply got to the point where a full installation is so complex that it's comparable to the third or fourth level in our house of cards, i.e. horribly unstable when taken as a whole.

Now, I introduced this piece with talk of Nokia. For all their much publicised faults, you have to give Nokia credit for (on the whole) going beyond the call of duty (or at least way beyond the industry average) in supporting older devices with continual software updates and fixes. Devices like the N95, N82, 5800, E71, E72, X6, 5230 and many more - even the much-hated N97, all received multiple firmware updates and, physical resource limitations notwithstanding (e.g. on the N97), all ended up extremely stable - whatever the circumstances.

As a result, even on its relatively early firmware, I was very happy to move my SIM back to the N8 and know that Java worked properly, Maps and calls worked together seamlessly, and that the foundation layer of my house of cards was a lot more secure than in the i8910 HD's case. And, with more of the above functions built into the OS image itself, I'd argue that less layers are needed to build the 'house' in the first place, so it'll naturally be more stable. 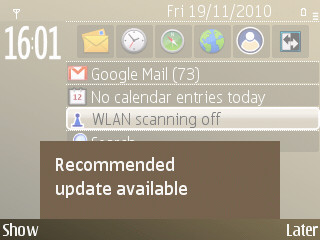 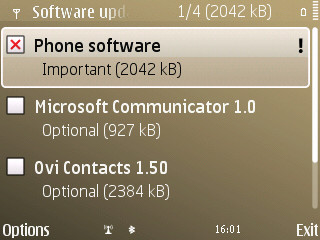 So yes, I do have faith in Nokia. Looking at the industry in general, I see firmware updates from Samsung being extremely patchy, those from HTC being universally late, and those from Sony Ericsson being so late as to be practically irrelevant. (Apple are pretty good in this regard, but that's another comparison for another day.) In this arena, it's at least mildly comforting to know that my N8 will get something like 5 or 6 firmware updates this year alone (both major and minor) and I'd be very surprised if there weren't a couple of polishing updates for the N8 in 2012 as well.

So the next time you find yourself getting annoyed at your Nokia smartphone, take a moment to consider that, on the whole, it works pretty reliably and the OS doesn't all come crashing down like a house of cards just because you pressed the wrong button at the wrong time or installed an app that the rest of the system didn't like.

Steve Litchfield, All About Symbian, 20 January 2011

PS. As mentioned in the opening para, there are some notable exceptions to Nokia's firmware update process, usually for network-branded/locked models where the network itself is the 'hold up', for far-flung markets (e.g. the USA, where Nokia has a miniscule presence), or for niche models (e.g. the fabulous but forgotten N93). But I'm not going to let the exceptions spoil my article. And I believe my points still stand.

Filed: Home > Features > House of cards syndrome and putting your faith in a company like Nokia