You'll remember that Ewan did a four part review of the Nokia X6 32GB (Comes with Music) a few months back? (links: part 1, part 2, part 3, part 4) It's fair to say that quite a bit of his criticism was based on software issues and observations over the slow speed of the 32GB version's mass memory. Fast forward to May 2010 and we have a X6 16GB with v20 firmware. Can this cheaper edition succeed where the CwM version failed? And is the X6's hardware and software now ready for the prime time? 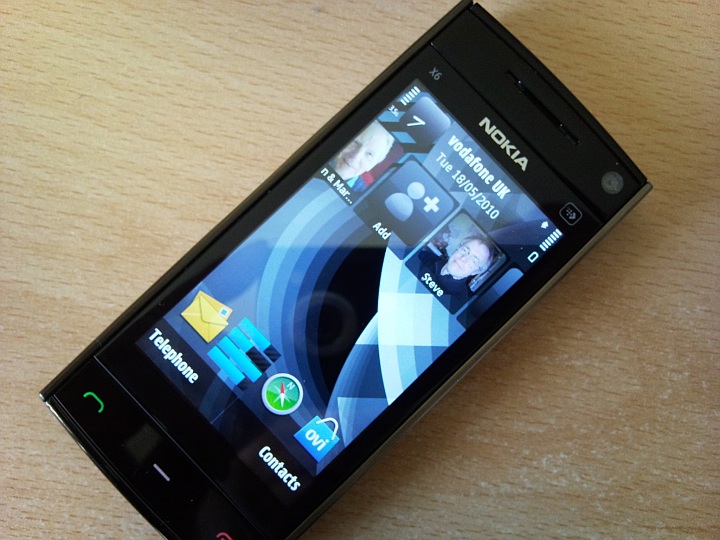 The X6 16GB is fairly easy to summarise, thankfully, if you're in something of a hurry. Think of the Nokia 5800 and then slim the front down from a chunky resistive touchscreen (with surround) to a sleek glass capacitive affair. Then give the camera a minor upgrade. And forego the microSD slot for a 16GB internal chip. And you're done.

Actually, this gets you close to the X6 but not quite all the way - there are plenty more that's well worth looking at, both positive and negative. In this case, you've already had Ewan's big review of the 32GB model (Comes with Music), so I'll try to distil the X6 16GB into the bits you really need to know.

Before going any further, I should note that the firmware has come on since Ewan's review of the bigger-capacity sister device - so many of his criticisms over interface omissions (e.g. principally kinetic scrolling in all displays) should be discounted. Note also that the smaller 16GB mass memory chip in the X6 can be accessed significantly faster (more than twice as fast in many cases) than that in the 32GB version, dramatically improving the general impression of speed. These two factors alone make a huge difference in how the X6 is perceived by the end user. Whereas the X6 32GB is a trial to use, the 16GB version nips along smoothly, even smoother than the Nokia 5800 does these days (with latest firmware).

I referred to the 5800 above, of course, as the most similar previous device. But the X6's big advantage over the older phone is the use of a capacitive screen. Made of glass, this triggers on human skin contact. I've gone over the pros and cons of resistive versus capacitive touchscreens before, but suffice it so say that the latter makes smoother, faster interfaces possible by virtue of not needing pressure and of detecting a finger tap sooner (i.e. the hardware doesn't have to wait while a soft screen outer layer is depressed). Although the other interface quirks of S60 5th Edition are still present, the capacitive touch system does make the X6 more pleasant (and noticeably faster and smoother) to use.

The display itself (under the scratch-proof glass and touch layer) is the same as the 5800's, i.e. a transmissive TFT - great colours and contrast indoors but which has to fight hard against the sun when outdoors. This isn't such a problem for the X6 as it would be for a camera phone (e.g. the way the N86's OLED display struggles) - after all, the X6 is mainly about music and media - so unless you're trying to watch a video in the sun, the screen tech is unlikely to be an issue. 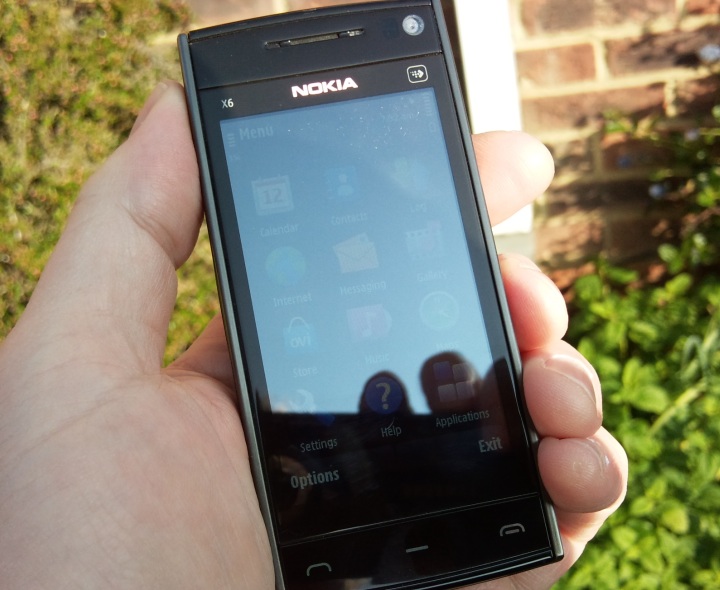 One disappointment is the display size: 3.2", the same as in the 5800. Putting the N97 side by side with the X6 shows that, to my casual eye at least, there's plenty of room for a larger 3.5" display - this is 2010 and (showing perhaps how times are changing) 3.2" seems a little 'cramped' for a touchscreen smartphone, especially when web browsing or trying to type on the virtual qwerty keyboard.

The physical keys for call/menu/hangup have attracted criticism, but I like them. When you're doing something as positive as answering (or hanging up) a call, often while you're busy doing something else at the time, it's great to have a physical key and to confidently know that you've depressed it, rather than having to hope a touchscreen tap was recognised properly. 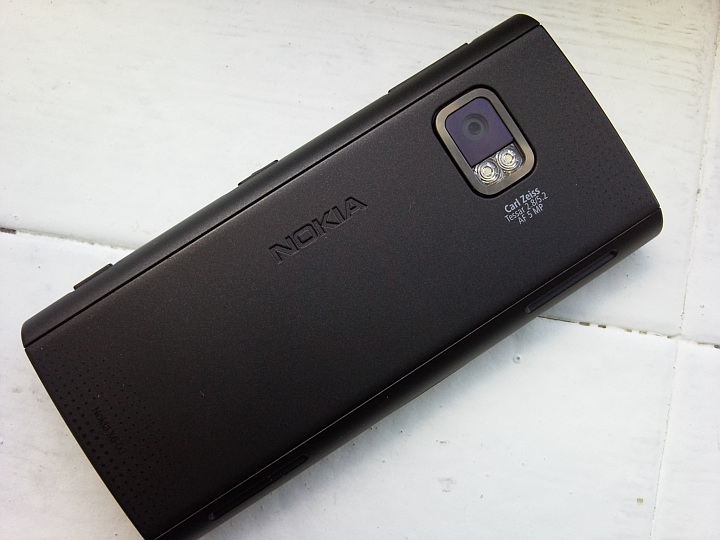 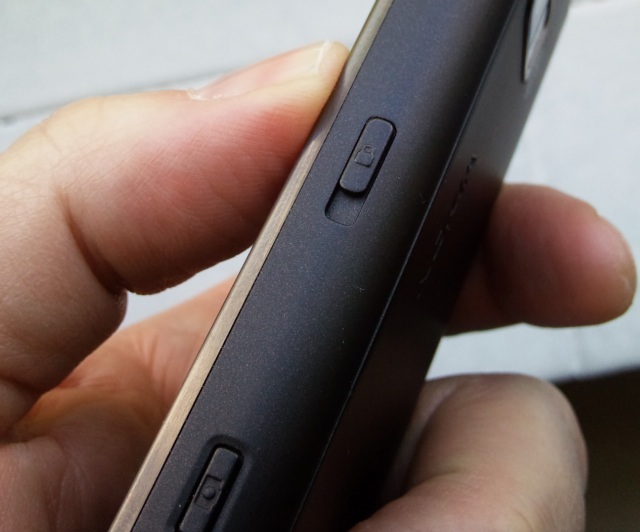 Around the back is a 5 megapixel camera with largish Carl Zeiss lens. The sensor inside is probably the same size as the 5800's though, as can be seen from the digital noise problems in low light. As with the 5800, daylight photos are largely fine but stray indoors or try and shoot in the evening and everything starts to get very grainy. 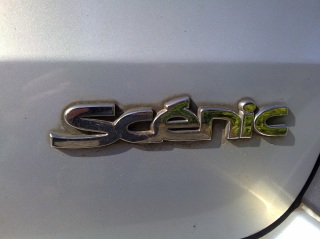 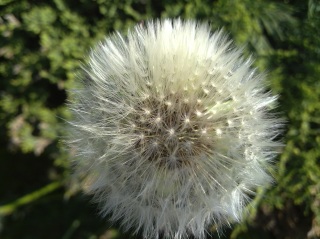 Great detail with the Carl Zeiss lens, though I found focussing to be a little hit and miss sometimes - another downside of the limited sensor, I suspect 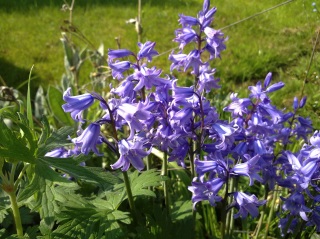 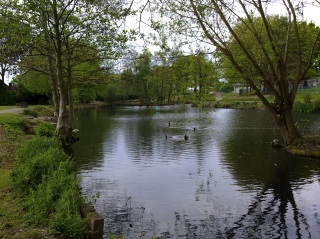 Shots in sunlight and (right) in overcast conditions 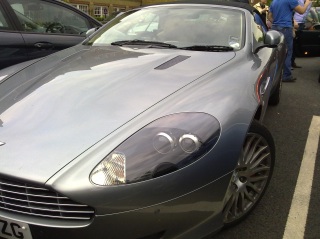 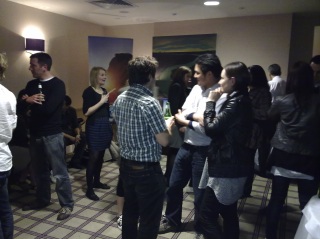 In short, it's a welcome upgrade from the 5800's unit, but falls short of results from the classic 'N95'-style camera hardware, as used in the N96/N97/N900 and other smartphones from Nokia.

The same optics caveats go for videos, with the added point that, just like on the 5800, there's no pre-set focus or sensible depth-of-field, so any subject closer than a few metres away is blurry and unsatisfactory. Here's a video sample, click the graphic to download the original MP4 (8MB, VGA resolution): 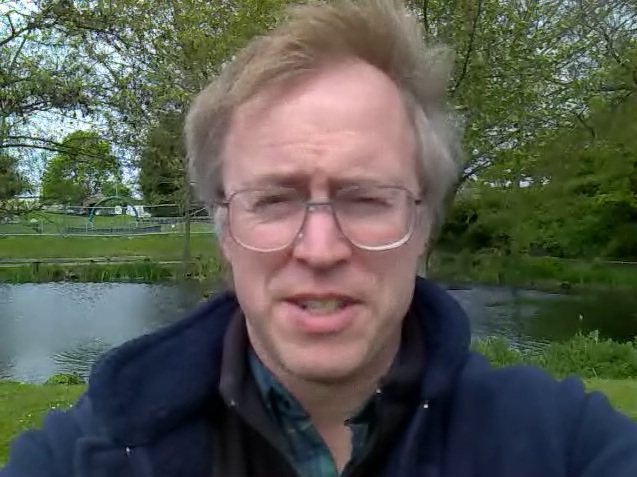 Also of note in terms of hardware are the general build quality, best described as 'OK' overall, but only because the nice glass screen brings the average right up. The back cover is close-fitting but appallingly thin, to the extent that Nokia expect you to (literally) peel it off when you need access to the battery or SIM card hatch. 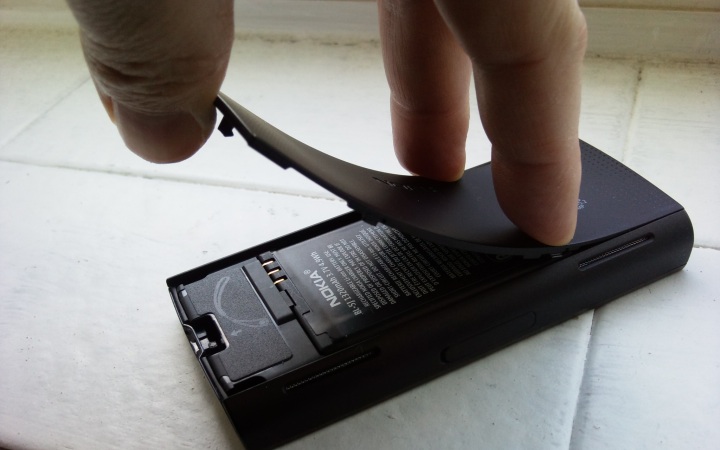 The battery itself is the BL-5J, as on the 5800, rated at 1320 mAh and capable of giving decent life, maybe two days of average use. I didn't like the amateurish way the battery pins were inverted though, again as on the 5800 - this arrangement always seems to be fragile, as if I'm going to bend a pin when removing the battery - though in fairness this has never happened! 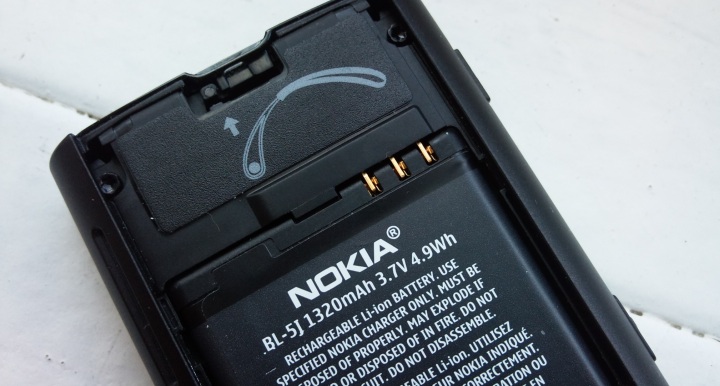 Version 20 firmware, available a few weeks ago, fixed up a number of initial bugs and performance problems and the X6 16GB's operation is now pretty slick - or at least as slick as S60 5th Edition gets. The 16GB mass memory causes no undue speed problems (unlike on the 32GB version) - though it should be understood right up front that the device has no microSD card slot - the mass memory is all you get, aside from about 330MB of flash memory on the system (C) disk (itself a welcome amount after the problems owners of the 5800 and, notably, the N97, have had).

The overall capacity isn't hugely limiting but remember that there's going to be no way to swap cards in order to take media off the X6 and onto another device or computer - such transfers all have to be done over Bluetooth or USB.

Free RAM isn't as impressive as the internal flash capacity. Just 50MB free after booting means that the X6 is in the same boat as the 5800, N97 and other S60 5th Edition smartphones. Though RAM-management has been optimised in recent months, anyone pushing the boundaries (e.g. Web, Gravity and Nokia Messaging all open, all the time) will hit the buffers at some point. Again though, to be fair, this isn't really the target user for the X6.

In the second and final part of this review, I'll be looking at the X6's software bundle, at general smartphone use and will be delivering my verdict. 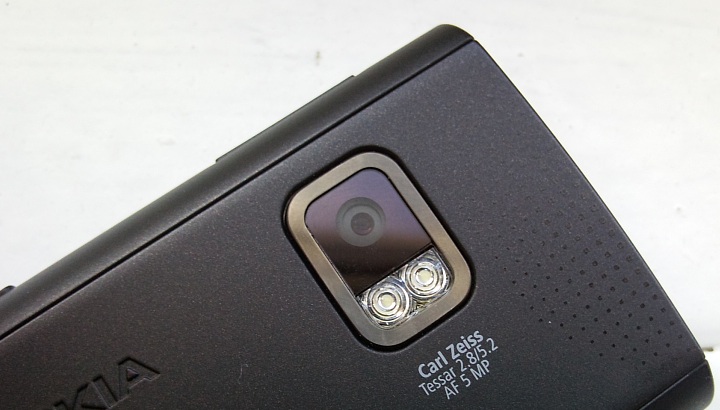