I'm repeatedly called a Nokia 'fanboy' in various comment threads by a small but determined set of Samsung i8910 HD-owning zealots*, and I'd like to respond with my own objective thoughts on the state of this Symbian flagship. Read on for what's good and bad about the i8910 HD (Omnia HD in some markets), along with a number of relevant links for further reading.

* Definition: "Zealot", noun, someone who is over-passionate about a belief device, to the extent that they fail to see positives in other beliefs devices.

First of all, it's absolutely 100% true that the Samsung i8910 HD represents the hardware pinnacle in the Symbian world. It even arguably bests the recently available Sony Ericsson Satio (which has its own issues, of course). And yes, I agree that the i8910 HD's hardware knocks most of Nokia's hardware into a cocked hat, with:

Absolutely noone is disputing the i8910 HD's status in terms of being a lust-worthy bit of kit. It's still positively stunning. Read my largely positive detailed review of the Samsung i8910 HD for more on all the upsides of the device. Here it is, next to Nokia's nearest equivalent, the N97: 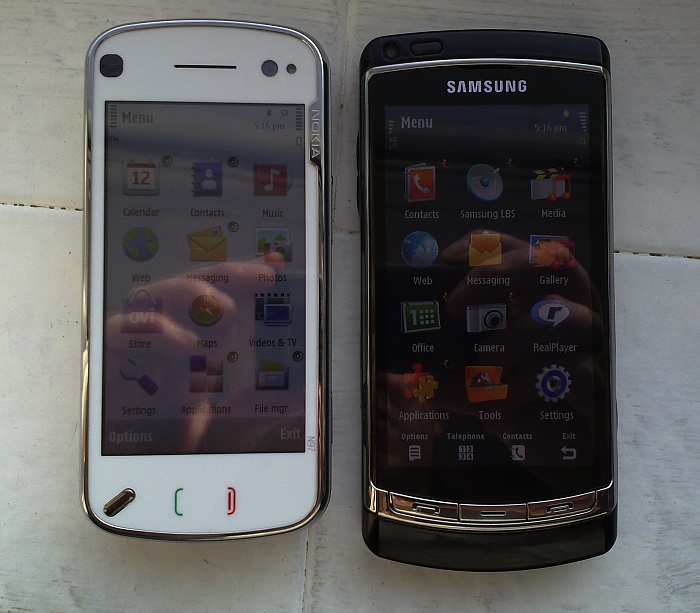 All things being equal, the Samsung flagship should have trounced everything before it, yet I still find the device sits unused for most of the time in my cupboard. For just a few reasons why, and to give the aforementioned zealots * (definition above) a glimpse into my objective thoughts on the matter, read on:

It's at this point that the i8910 HD-owning zealots (and I call them this because they seem incapable of appreciating good points from other devices and marques) start directing me to underground geek forums where enterprising i8910 HD owners have got fed up waiting for Samsung and have started creating their own firmware images, mixing and matching the best features into a veritable firmware cocktail, from the various modules officially released by Samsung.

It's not all bad, of course. The II1 firmware, released three months ago, made the i8910 HD eminently useable as a day to day smartphone at long last, provided the owner is prepared to put in a little geek effort setting things up (Si parla Italiano?) and working around a few omissions (relative to the Nokia Symbian flagships).

Do I wish Samsung well with the device? Of course I do. I'm at heart a huge Samsung/S60 fan - or at least I want to be, and I get on famously with the guys at Samsung Mobile Innovator. But Samsung's firmware teams just keep (on the G810, on the 550w, on the INNOV8 and now on the i8910) letting me down with half-baked software and support. Which, at least, is one area where Nokia seem to be trying a heck of a lot harder.

Steve Litchfield, All About Symbian, 7 Dec 2009 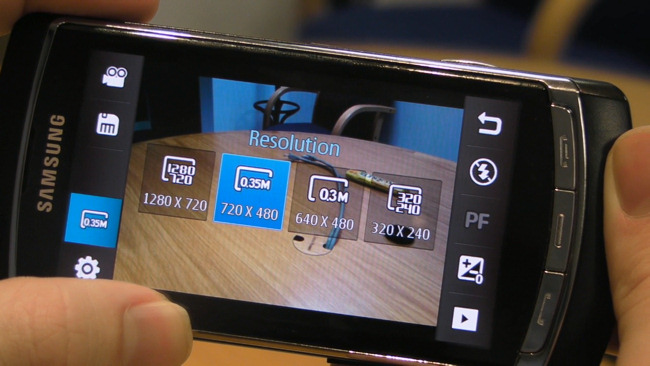