The Samsung i8910 HD (a.k.a. Omnia HD) has been left for the last couple of months in firmware limbo, with some showstopping bugs - but today sees the launch of 'XXII1' firmware (the 'II' refers to 'September 09'), with my observations below. You can get the update for your own i8910 HD by hooking it up to PC Studio (version 7.2.24.8, please!) and using the built-in Updater tool. This update has been made available by Samsung Italy, so your phone will need to have an existing Italian firmware installed before you can get the update. Note that there's no User Data Preservation, so backup and sync first - you know the drill by now, just make sure your PIM data, email settings and registration codes are all safe. 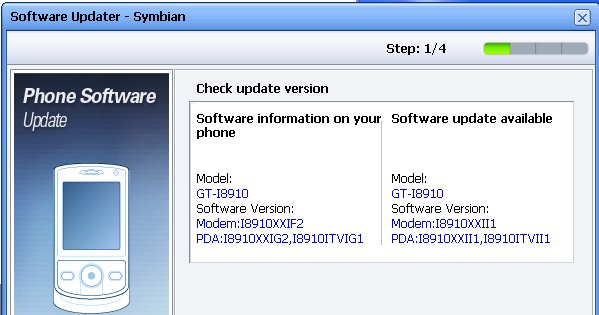 Things which are still present, and annoying, in 'II1':

Steve Litchfield and Stuart Clark, All About Symbian, 10 Sep 09