With the Nokia Store now frozen (or at least 99.99% frozen), you may be wondering if there's a reliable source for new Symbian applications and updates from January 2014 onwards... Enter contender AppList, currently an open beta, detailed below. The content is limited at the moment, but this will obviously rise as more and more curated and actively updated applications are introduced to the system. Wagons roll!

Let's take it from the top: AppList can be found here, at http://applist.schumi1331.de/ - take your time, read through some of the tutorials, tips and intro text, and - obviously - download the (beta) AppList client.

The web interface from a desktop is lightweight and very clear: 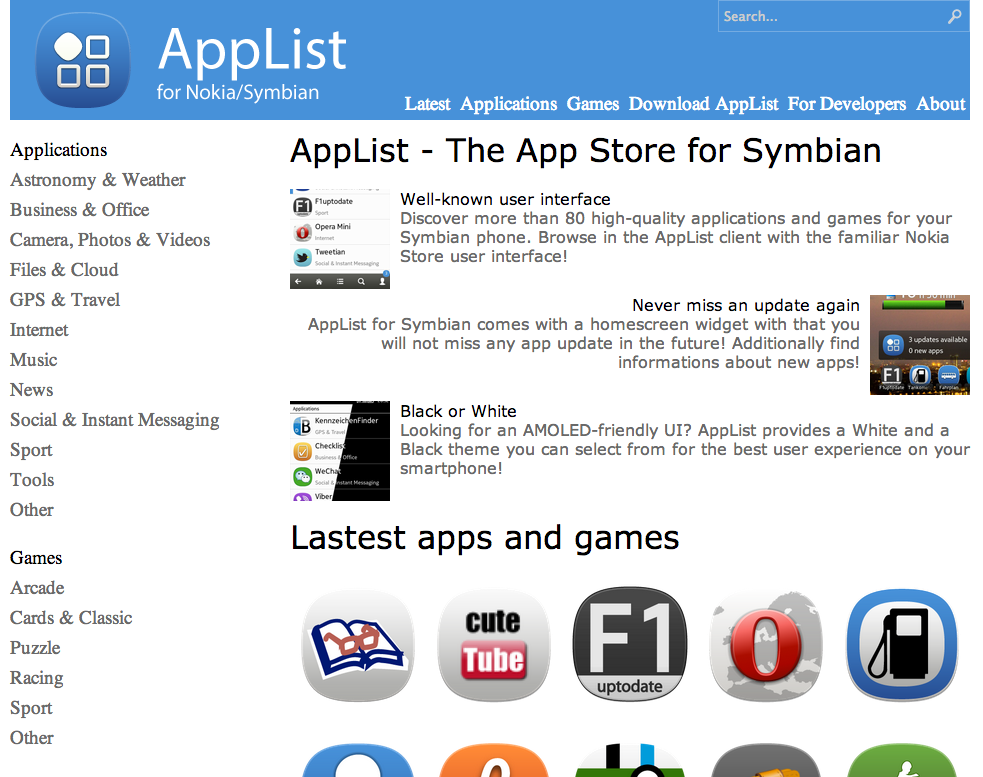 And, grabbing the new AppList store client itself: 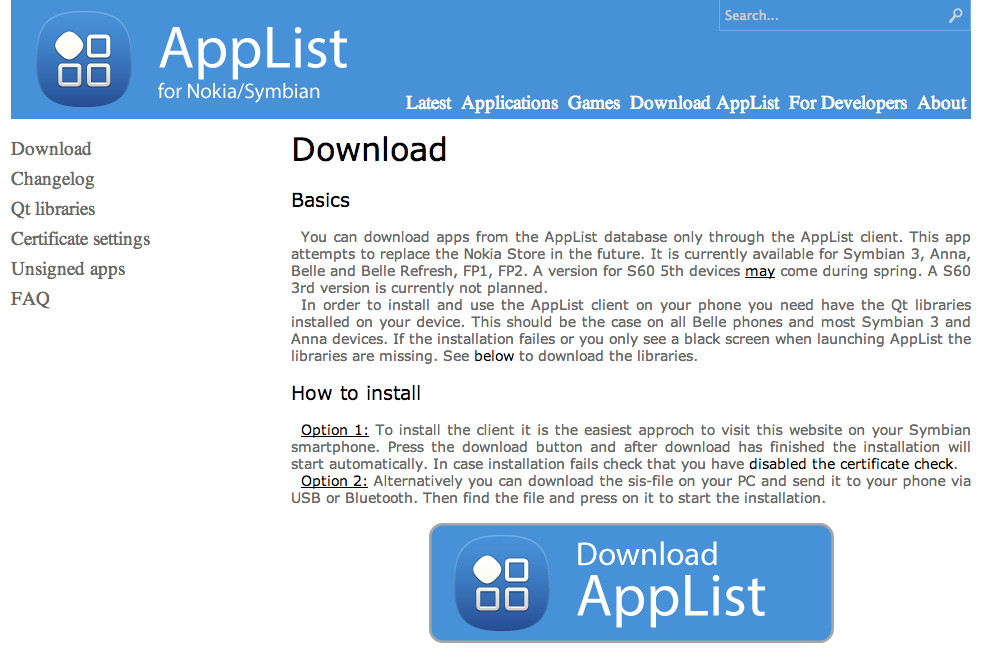 In terms of the main Symbian native client, AppList is designed to look and feel similarly to the original Nokia Store application - only better, faster and with more flexibility. Note also the (default) AAS integration, which is a lovely touch...! 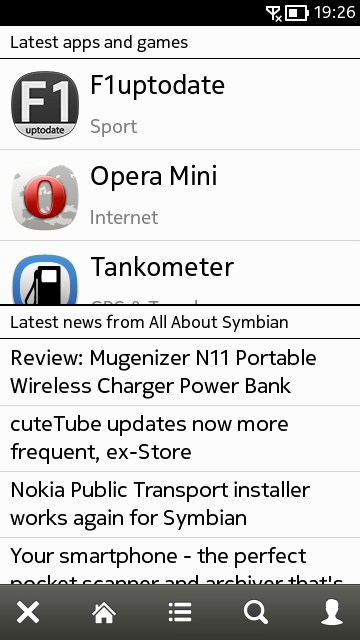 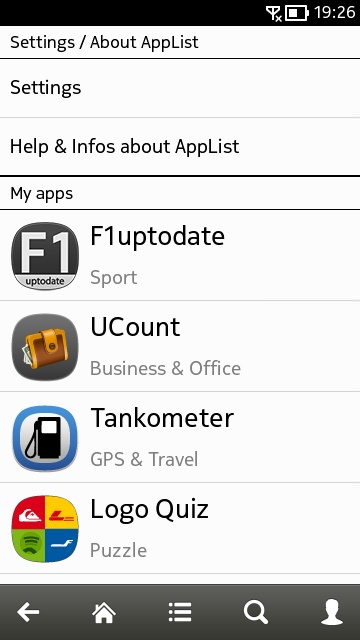 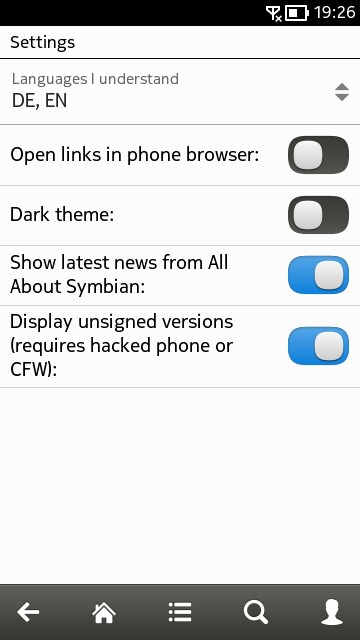 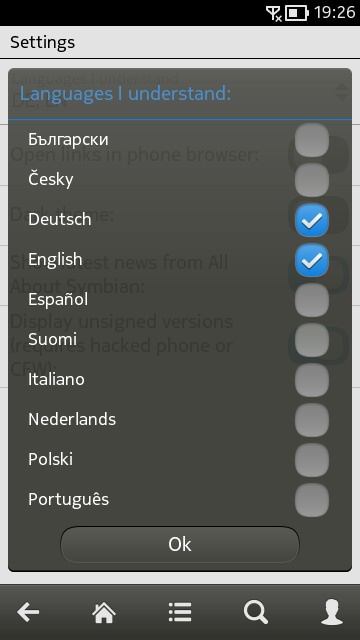 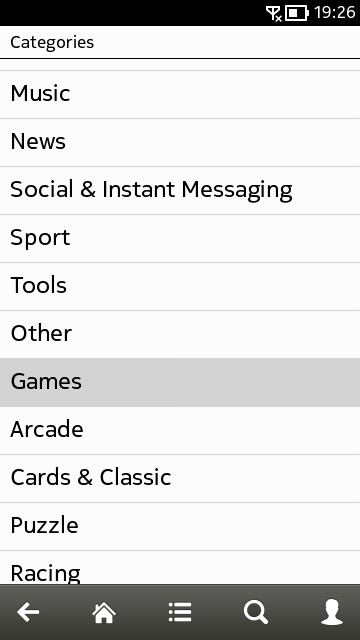 Screenshot gallery - note the multilingual support (with appropriate app filtering in the main views) and the other important settings....

AppList is self-updating, in that it checks for a new client update when it's launched and offers to download it. Within the client, as with the original Nokia Store, it tracks your installed applications and points out updates that are available.

The initial set of 80 or so curated applications is taken from the developer's own favourites and (partly) from my own curated lists of Symbian apps and games. Obviously, the content is intended to grow quickly, with direct input from developers and suggestions from users. I'd hope that AppList would span over 500 titles within a couple of months and maybe 1000 by the end of 2014. This may not seem like much in today's Apple App Store world, but 500 really good applications is plenty for 99% of users, I've always argued. You really DON'T need 1000 fart apps, 5000 Flappy Bird clones, and so on...

Comments welcome below, of course, this is potentially something of a major step for Symbian going forwards. For all other contact and discussion about AppList, please see the links on the AppList web site:

If you want to contribute you are welcome to do so. In my forum you can find a small discussion platform where you can suggest features, submit bugs and give feedback. There you can also suggest good Symbian apps that should be part of the AppList database.

If you are a developer have a look at the page For Developers. You can find there all important infos on how to publish or update your app in AppList.

And if you want you can also do a donation to virtually invite me on a drink :)

Well done to Sebastian for getting this all off the ground (with a little help, he has a list of credits on the site). Think of AppList as a next-gen client that refers back to the old Nokia Store client where needed. You'll note that when an app has to be sourced from the Nokia Store that there's a slightly messy two-step jump through the web version of the Nokia Store - this is unavoidable but, as the number of apps in AppList that have their own standalone self-signed and unsigned versions increases, such breaks in the user experience will diminish.

Getting going with AppList is easy enough - though there is a suggested prerequisite (from me). I'd tentatively suggest that your Symbian device be running one of the Delight (or other) custom firmwares, so that you're already set up to handle 'unsigned' utilities, as and when they crop up in AppList (you can opt out of seeing these in Settings). However, this isn't needed for most of the content, much of which will revolve around developers' self-signed installers - which, even on stock Symbian firmware, merely involve acknowledging an extra dialog or two during installation.

So - bookmark http://applist.schumi1331.de/ and get to it with AppList. With your help and patience, Symbian and its ecosystem can continue for a while yet, methinks....

Filed: Home > News > Introducing AppList (beta) - and a Symbian Store for 2014 and the future