Using the Nokia 5800 XpressMusic in other countries 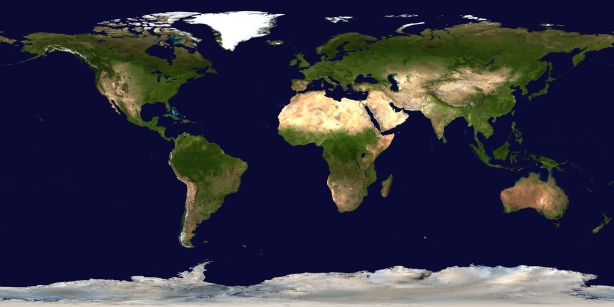 Yes. The 5800 works in almost all countries. However, there are some things you should be aware of when using a mobile phone outside your own country.

(This section is by far the most important, please do read this before using your phone overseas! Reading this section can save you a lot of money.)

The 5800 can make and receive calls in almost all countries, and can send and receive SMS texts in most countries too.

Also be aware that calls and texts when abroad can cost a LOT more than they do at home, even if you're only phoning a local number, because phone networks apply "roaming charges" to SIM cards used outside their native country. Before you use your SIM card in a foreign country, make sure you contact your phone network operator to ask what their roaming charges are, they will usually have a website that gives a complete country-by-country listing of prices.

Another thing to be aware of is that when you are abroad you may have to pay to receive calls. This sounds silly and stupid, but here's the reason for it: people who call you on your mobile number assume that you're in your home country, so for example if someone calls a UK mobile number they assume the owner of the number is in the UK. Because of this assumption, the networks are only allowed to charge them the price of connecting to a mobile number in that country, even if the phone's owner is abroad. However, if the owner is abroad then there's also the extra cost of connecting overseas to be covered, and this extra cost is what the owner of the phone has to pay for when they receive phone calls abroad.

If you buy an unlocked phone (also known as a "SIM-free" phone) you can use it with foreign SIM cards. While you're abroad, you can buy a local prepaid/pay-as-you-go SIM card in the foreign country and use it in an unlocked phone. A local SIM card will let you make local calls at local prices, and allows you to completely avoid roaming charges and call reception charges. You can also use an unlocked phone with your usual SIM card at home. Unlocked phones cost a bit more up front to buy, but they are much cheaper to use in the long run, especially if you travel, and they're also easier to sell on eBay because they work on all networks.

If you are going to buy an unlocked 5800, you might want to make sure you buy it in your home country, so that its 3G frequencies match the ones used by your country's 3G networks. You can buy unlocked phones on most major electronics websites (they're often called "SIM-free"), and you can also buy them directly from Nokia.com.

Prepaid / Pay-as-you-go SIM cards are usually available very very cheaply from newsagents and other shops, can be bought with cash, and you usually don't need to register to use them. Just put the SIM card in the unlocked phone, load up credit from a prepaid voucher (a prepaid SIM card usually comes with a free voucher to start you off), and you can start using it straight away.

Be careful when using mobile phones near international borders!

Another thing to be careful about is mobile phone use near borders with other countries. Mobile phones try to use the nearest compatible phone network mast, which is almost always in the same country as the phone. However, if you are very near the border of a country, the nearest mast may actually be in another country. If your phone connects to that foreign mast it will assume you are in the mast's country too, which means roaming charges apply.

You can see which network you're connected to at the top of the phone's standby screen, for example if you're using the O2 network in Britain it will say "O2 - UK". If the network name looks foreign and you're very near a border area, try to move away from the border before making any calls or using the internet. As you move out of range of the foreign mast your phone should automatically switch to local masts instead, and display a local network name.

There are two ways to use the internet on the 5800, through the phone network or through Wi-Fi/WLAN.

Wi-Fi/WLAN costs nothing extra when abroad, you pay exactly what the locals pay if it's a commercial hotspot, and free hotspots are generally free regardless of where the device comes from. The Wi-Fi/WLAN router you connect to does not know or care what country you bought your phone in, all it sees is a device asking for access.

IMPORTANT NOTE: If you're going to use Wi-Fi/WLAN in a foreign country, be aware of what the local laws are regarding its use. In some countries it is illegal to access ANY networks without the owners permission, even if they're open and unsecured. To be on the safe side, try to always get the permission of whoever owns a network before connecting to it. You may think such laws are ridiculous, but even ridiculous laws can lead to prosecutions including fines and/or imprisonment. Prosecutions are also a really bad way to end a holiday.

All non-network non-online functions on the 5800 are exactly the same abroad as they are at home. Bluetooth on the 5800 should work with all Bluetooth devices worldwide, and memory cards are also 100% compatible worldwide.

The 5800 has a standard Nokia charging jack which should work with all official Nokia chargers worldwide. In fact it might be worth buying a local Nokia charger when you arrive in the other country, so you don't need to buy an adaptor.

Some older Nokia chargers have a thicker jack which won't fit in the 5800, but they are still technically compatible. You can buy very cheap Nokia jack-adaptors which plug on the end of the old jack to make it as thin as the newer jack.

Note that different charger models charge phones at different rates. The higher the mA rating on the charger, the faster it will charge a phone.

If you're abroad you may like to keep tabs on what the time is at home, so you know when it's safe to call. To access the "World Clock" feature of the 5800 do the following:

1. On the phone's main standby screen, tap the clock at the top of the screen.

5. Choose a country, then choose a city.

You can easily switch between times in several locations by adding them all to the World Clock list, then double-clicking on the location you want, then choosing the "Set As Current Location" option.

To remove a world clock, click on it once to select it from the list, then select "Options", then "Remove".

If you want to lend your phone to someone who speaks another language, you can change to another language from the settings menu. The languages available depend on where the phone was bought, and usually contains languages spoken in a particular region of the world plus english.

To choose a different language:

1. On the standby screen press the white menu button.

5. Select "Phone Language" to change the interface language, which is used by all the menus and built-in applications. (The "Automatic" option means that it switches to the language of the country where the SIM card was purchased, so for example a UK SIM card will switch the phone to english. This does not work if the phone does not have the SIM card's required language.)

Be careful where you buy a phone, as it will affect which languages you can access in the interface and text entry systems.

How do I use my 5800 on an aeroplane? The cabin crew have asked me to switch off all radio transmissions.

Some airlines ask passengers to put their mobile phones in "flight mode" or "offline mode" during the flight. You can do this by tapping the date on the main standby screen and then selecting "Offline". When you've arrived at the airport just tap the date again and select "General" to go back to normal mode.

Click here to find out more about the 5800's profile system, which lets you edit the different modes that the phone can be in.

Filed: Home > Features > Using the Nokia 5800 XpressMusic in other countries