Let them be - or completely change expectations?

Steve Litchfield ponders the way the average S60 smartphone is used, observes that most users are actually happy in ignorance - and Rafe Blandford counters with a plea for changing user expectations at a fundamental level. 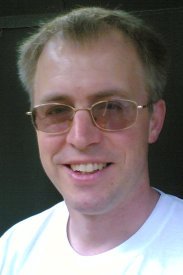 Steve L: I forget where I read this the other day, but there are users out there who, genuinely, are surprised when you point out that Microsoft Excel can add up rows and columns of numbers. Classic software wisdom says that 90% of people only use 10% of an application's features and I can well believe it.

In the smartphone world, I'll wager that the majority of S60 smartphone owners would be taken aback if you suggested to them that they could check their email, read books, navigate from street to street or edit spreadsheets. Clearly a similar rule is applying here, with perhaps less drastic numbers, say 70% of owners only using 30% of the functionality (usually just phone, SMS, photos, contacts and maybe music) - such users have little or no awareness whatsoever that their phone runs Symbian OS, a multitasking system that's fully extensible and which can be used to do so many other things, with a largish catalog of third party applications.

I mention third party software because that's what got me thinking about all this. I had already pondered on the types and quality of third party software available and theorised on why sales were so low and developers sometimes volubly despondent. The overriding factor is that the vast majority of owners didn't knowingly buy a smartphone and, as I said above, have no real idea what it can do. But, and here is the real question: Do they need to know?

It's not a question of most people not being 'clever enough' to learn how to use the technology and then do more with it. This has always been a muttered response by geeks like you and me when faced with someone who seemingly can't even master the basics, like (for example) pressing and holding the Menu button to bring up a list of running applications. Through clenched teeth you and I would mutter 'You're too stupid to own a smartphone!'. And then we'd go off in a sulk.

But such an attitude is misguided. Most smartphone owners are perfectly clever enough to use the technology, they usually just choose not to expend any mental energy learning to do more than they absolutely have to, because their expertise is in other areas.

My wife, for example, is a superb teacher, with ten times my general knowledge and abilities in most areas. I've given her a S60 smartphone and she uses it after a fashion. She makes the odd call, sends the odd text, takes the odd photo and plays Frozen Bubble. And, after some spadework by me, occasionally listens to music on it. But despite seeing me using a similar device for just about everything, there's no use of Calendar or Notes or Web or email or seemingly any desire for extra applications. And she forgets to charge it. In truth, any one of a number of mass market feature phones would do her just as well for this limited use. And I suspect she's quite typical of other general users. 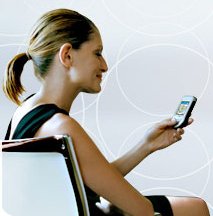 Just as alarmingly, I handed my Nokia N90 to a 20 year old computer whizz and technology fan the other day. He swivelled the different bits round at alarming speed, tried out the camera and generally got the feel of it, handing it back inside a minute. Done. He felt he'd worked out what it was all about and was satisfied. How on earth could someone even scratch the surface of a Symbian OS-powered 'multimedia computer' (to use Nokia's term), especially the N90, in under a minute? He was satisfied because he'd worked out that it took good pictures, looked cool and was a clamshell phone with whizzy bits. That was all he needed to know. No need to know about S60 (from his point of view), no need for multitasking, no need for extra applications.

Ever since the heyday of Psion, the clarion call has gone out to try and educate users to make more of their purchases. But Symbian OS has now extended into phones to be found in almost every home, mostly owned by people who, in all honesty, don't want to be educated.

What am I saying? That those at Symbian/Nokia/Sony Ericsson (et al) should stop trying to sell smartphones by the million? Of course not. The further Symbian OS gets into the mainstream the better, and we all know that users are getting better (and smarter) phones. But there's no point in those in the industry (including myself) wailing over disappointing software sales. Despite there being (say) 50 million active S60 smartphone users, I suspect that over 45 million of these have no interest in, or need for, extra applications.

Of the 5 million who are more savvy or more needy, maybe only one in five thinks of actively searching out information and software on the Internet. So the potential market for any application might be as 'low' as a million. An absolute killer application, perfectly marketed, might expect to get over 500,000 sales (Mobimate, with their WorldMate series has apparently passed this mark). A merely good/interesting product, marketed half-heartedly, might only make a few hundred sales. In total. Ever.

Over half the S60 users in the world might be just as well off with some proprietary feature phone, but they went (unknowingly) with S60 instead. It's not a problem, it's (to coin a cliche) an opportunity. Not to convince those at the diametrically opposite end of the spectrum to the geeks, but to gradually win over some of the folks in the middle and so increase the average smartphone knowledge level overall. 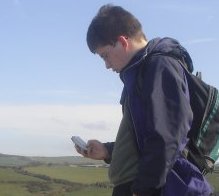 Rafe B: While there may be no interest in using extra functions/third party software, this does not mean there isn't a need. Everyone needs something different. While the common functions unite all users, the real value is in the bit that is unqiue. However, this is not an easy sell, and it's not straightforward to achieve. It is just like computer in the 80's where most people did very similar things (spreadsheets, word processing, databases) - only recently has the diversity of PC use come about (i.e. everyone does something different, while there are, of course underlying commonalities).

In other words, I don’t really buy the argument that people don’t need to do things. People rarely know what would make their lives easier. The battle is in getting people to accept them as more than just phones.

It also about the user experiences. For something to work it need to be easy to use. Why don't people look up train times on the mobile Internet, when it’s a clear example of an anywhere application - because it's not easy to do - yes - and because they don't know how.

If you make it easy enough such that it is a better experience than the analog equivalent, or it makes their lives easier or more enjoyable in some way, then people will adopt it... It will take time, but it will happen.

With smartphones at the moment there is a concentration on device convergence. The number of people who need to converge all aspects (i.e. music, camera, email, office, notes, GPS, etc etc.) are somewhat limited. However convergence does demonstrate that customisation is important and everyone wants something slightly different. Thus far customisation has largely been through device hardware segmentation not software. The photography nut doesn’t care about about advanced music, but might like an extra advanced photo editing app. The music nut wants his track collection but rarely takes more than occasional snaps. This is partly reflected in Nokia's current device segmentation strategy. However this strategy can only take us so far - what is needed to fill in the last mile (the bit with the most value) is software. 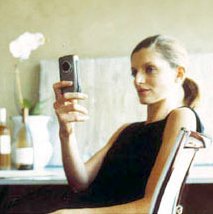 This also comes back to the question - who does a platform benefit? The automatic answer for many is the end user, but this is really only true of early adopters and power users using higher end devices (I use the term loosely, to mean those who actively seek out new things to do with the device). As you move things down into the mid-tier (where the big numbers really are) then this becomes much less important. But conversely, the advantage to the operator (in particular) in terms of costs savings for support, launching (and maintaining) services and content (this, like everything else, needs to be customised to the phone) becomes very significant. An operator essentially cuts the cost of introducing and supporting a new phone by up to 75%. Obviously the more sales the phone has then the more significant this becomes. By the same token, a manufacturer will save a lot of Research and Development money by buying in a S60 hardware and software design or when developing their second, third and fourth S60 handset and so on.

In other words, the platform - for the mass market - (Symbian OS + S60/UIQ) is more for the operator and the manufacturer than it is for the end user.

However, I still fundamentally believe the 'killer app' is customisation and while people are used to achieving this just though content (themes, ringtones, Java applets, etc.) in time it will be second nature for it to be through services and applications. The change is not educating people that this is possible, it is changing their thinking that this is the way it should be. i.e. part of the reason for non take-up of third party applications is an expectation that a phone is a phone. Early computers were seen as advanced electronic typewriters for many, but clearly this was an under-sell...

This is, of course, a very interesting discussion, but I think people are getting wound up about it unnecessarily. The mobile world (despite the maturity of Symbian OS, S60, etc.) is still really in its infancy and much has yet to unfold.

Steve Litchfield and Rafe Blandford, writing for All About Symbian, July 2006

Filed: Home > Features > Let them be - or completely change expectations?