The Quest for the Perfect Form Factor

Steve Litchfield explores the notion that there's one perfect form factor 'to rule them all'. A form that could suit everyone. And he has an answer, though don't hold your breath if you think you might see other form factors fading away anytime soon....

Over the years, personal and mobile computing has taken many, many forms, and, fifteen YEARS after Psion (with the Series 3) and Apple (with the Newton) started the whole thing off, we STILL haven't reached a point of agreement as to the 'perfect' form factor. 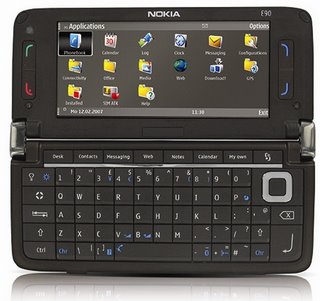 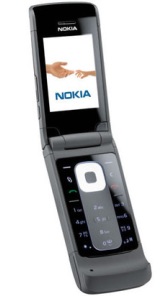 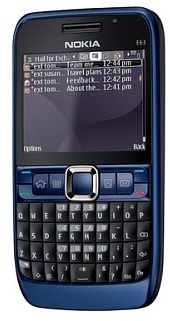 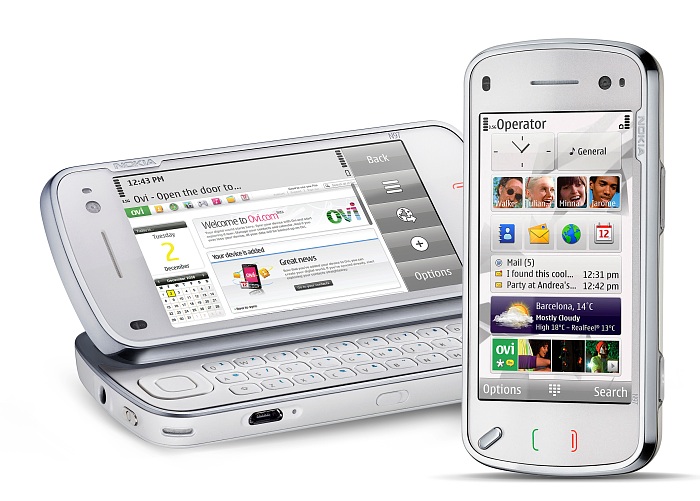 Phew! Which is the 'perfect' form factor?

The obvious answer is that there isn't one that can suit everybody, for every occasion. But I can draw out some thoughts on the form factor that has the most potential and which is perhaps what we'll all be using in the future.

You'll remember, from various articles in the past, how I've levelled several accusations (e.g. here) at touch-screen technology and listed various drawbacks. I stand by my comments at the time, but the technology itself has moved on and some of the issues are not as severe.

For example, screen contrast in sunlight. All colour touch-enabled screens in 2006 were simply terrible outdoors - but we now have capacitive touch technology, meaning that you can use a full transflective display with plain glass over the top and rely on capacitive touch to handle input. For example, the Apple iPhone, whose display is stunning in the sun.

Then there's fragility. Although a touch-screen phone will naturally be a little more prone to damage than a non-touch device, there are other factors involved. The non-touch device may itself have sliders, ribbons, buttons and other points of failure, while the touch-screen phone can, potentially, have almost no moving parts. Again the iPhone is a good example, although the HTC Touch Diamond 2, the HTC Magic and the Nokia 5800 also hold up in this regard, for example.

I've criticised touch screens for being hard to use one-handed and while walking - these are still valid worries, but the use of a narrow-enough, phone-like body, the addition of haptic feedback (e.g. vibration pulses), and the use of a virtual keypad (i.e. T9) as one of the input methods, have all made it possible to use a phone like the Nokia 5800 more or less as you would a traditional candy-bar keypad model, even while walking.

However, I don't want to get fixated on touch here. What I'm about to say has less to do with touch-control and more to do with the possibilities created by having a large screen that can be customised when needed to mimic conventional hardware interfaces.

A simple dial pad is the clearest example of this. Why have a physical number pad that takes up many square centimetres of space when you can bring up a virtual keypad when needed on part of the screen: 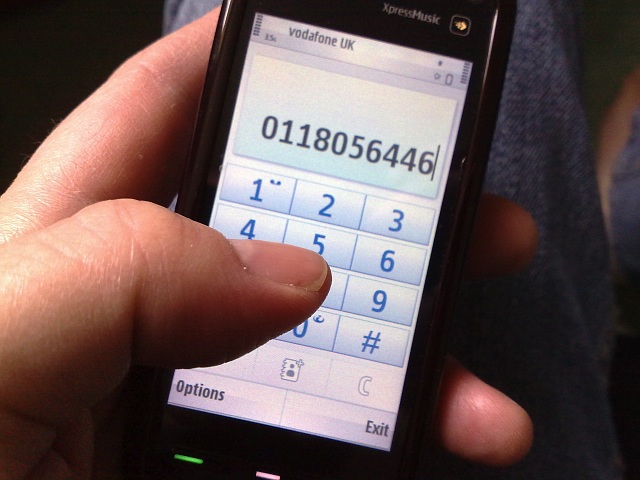 Or, with qwerty input, why have the expense, bulk and complexity of a 30-something key mechanical keyboard when you can implement the same thing, at the same size, on a full-sized screen, in software: 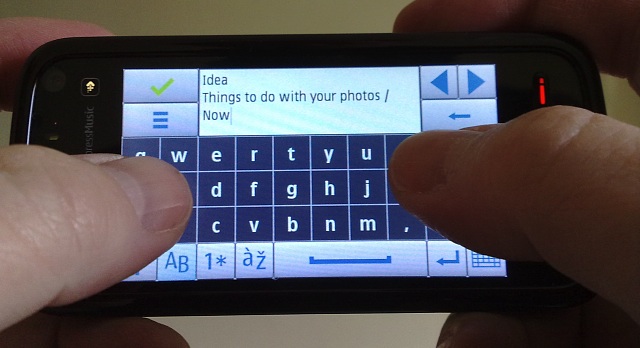 It should be noted that I'm not heading down an iPhone alley here - large, full-face screens existed on smartphones long before Jonathan Ives picked up his pencil to sketch out the iPhone's form. Look at, for example, the O2 XDA in 2002 or the Nokia 7710 in 2004, both shown below. Both relied on stylus input and control, that being the thinking of the time. 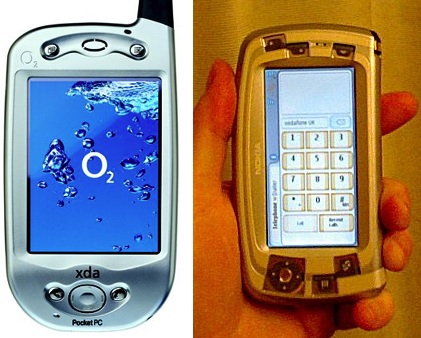 Which, I guess, is one more potential drawback of modern touchscreens - Apple took the brave step of saying "Hey, greasy fingerprints be damned, let's just try using our fingers after all", a gamble that has paid off handsomely. It turns out that most of us (especially in these Swine Flu days) do like to keep our hands fairly clean after all, washing them regularly and helping to avoid getting a touchscreen too dirty. And in any case, most phones these days have cases which are just as glossy - fingerprints aren't just a problem on the screen anymore. Wiping your phone down is now just as much part of regular routine as cleaning your glasses or washing your contact lenses, for example.

There are two problems with using software keyboards, of course. There's the aforementioned need for haptic feedback, so that your fingers can 'feel' when their input has been detected. This never works as well as mechanical keys, but then we're talking about tradeoffs here. A Nokia 5800, Blackberry Storm or iPhone-like landscape qwerty virtual keyboard, if implemented with haptic feedback and writing/spelling aids, should be able to at least compete with mechanical keyboards, if not triumph over them. And their ace in the hole is that at the tap of an icon that same screen real estate can be used for playing a video, reading an email or looking at a web page. 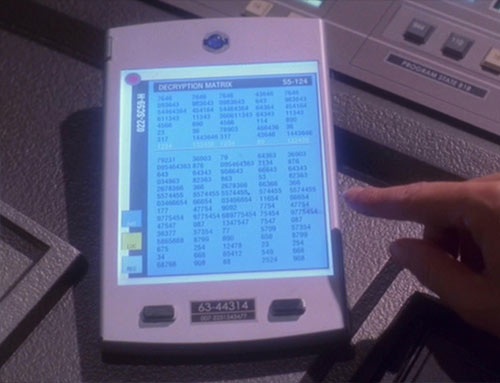 So what would the 'perfect' device look like? As I've mentioned several times, just look at the smartphones used in the 24th century in Star Trek - simple tablet-like devices with full-face multi-functional AMOLED screens. There's your vision of the future. What? It's not real? OK, back to the real world and the ancestor of this feature, a slightly controversial piece by yours truly on AAS from almost two years ago - "I've seen the future and it will look a lot like an iPhone". Much of what I said then still applies and has hopefully been expanded on above. Except that we now have over 20 months additional device history and hindsight to draw on. 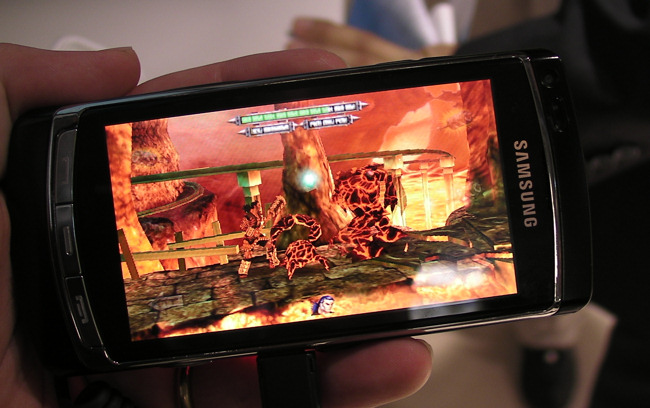 The Samsung i8910 (Omnia HD), playing a graphics-accelerated 3D game

So.... Take the Samsung i8910(since this is closest to what I have in mind). Let's recap the essentials, but add my suggested improvements along the way):

As Rafe is fond of saying though, there's more to a smartphone than just the raw specs and a next generation device will have to have the most intuitive interface (think iPhone and more), the most comprehensive operating system and full multitasking (think Symbian Foundation, for example), and a thriving ecosystem of software and services (again think iPhone but with a wider-ranging and better managed App Store).

However, this is a feature about form factor - musings on the ideal software platform will have to wait for another day.

Back in 2009, looking at matches for this full-screened tablet form factor, in order of ascending price, we find the Nokia 5800 XpressMusic, the HTC Magic, the HTC Touch Diamond 2, the Apple iPhone, and the Samsung i8910 (Omnia HD) - none of these bar the last get close to the perfect underlying specification and it's too early to call on the Omnia HD because we've yet to see its production software. Still, those five devices do offer something for everyone:

And yes, I know that there are other devices with similar form factor, from both the feature phone world and the PDA/smartphone world. But the above five are probably the ones that I'd recommend first.

Where does this leave the other form factors mentioned in the introduction above? It certainly doesn't leave them dead - the very fact that so many forms exist after so many years proves that there's a market for each, depending on a user's taste, requirements, lifestyle and pocket.

But, despite my affection for (picking, for example, from each of the form factors mentioned from Nokia's range over the last 3 years) the E90, the 6650, the N95 and the N82, and despite my enthusiasm to give the upcoming N97 a good working over, I do still believe that ultimately - ultimately, when technology and ecosystems have evolved a little further, that we'll all end up using something that looks not unlike the Samsung i8910 (Omnia HD). Whether it will indeed be Samsung or Nokia or LG or HTC or Apple that wins out in the manufacturer battle to create the perfect phone with the perfect form factor, remains to be seen. 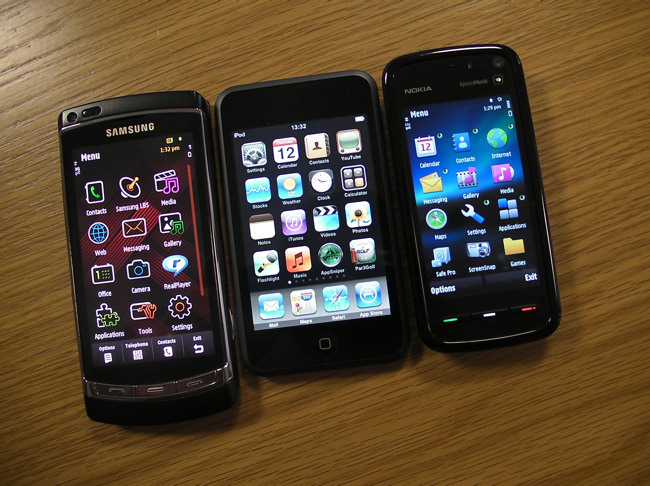 Filed: Home > Features > The Quest for the Perfect Form Factor