Not a Dedicated Follower of Fashion - 10 Reasons Why Touchscreens Suck

Playing devil's advocate, but only to a degree, Steve Litchfield turns the entire smartphone world on its head by rejecting its latest darling - large touchscreens. Ask any pundit in the mobile world about smartphones and you'll get the answer that it's all about touch. About large displays that can be caressed and programmed and manipulated with your fingers. Except that traditional, non-touch form factors have these 2010 'flagships' well and truly beat - here are the Top 10 Reasons Why Touchscreens Suck. 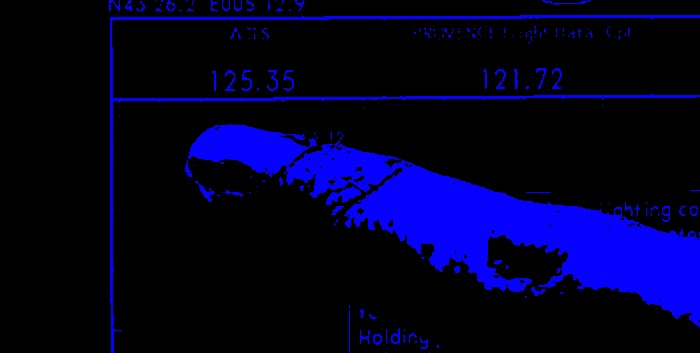 From the moment the Apple iPhone made touchscreens 'cool' again (don't forget that Psion and Palm PDAs had had touchscreens 12 years previously and Windows Mobile PDAs had kept them going religiously afterwards) by suggesting that it was OK to use your finger on them after all, touch has seemingly been all the rage. Every manufacturer has jumped on the bandwagon, including Symbian partners Nokia, Samsung, Sony Ericsson and others.

"Touch is best", everyone says. "Touch is the future".

But, in defense of the past, let me proclaim loudly to anyone who will listen that the 'old' button-driven phones have an awful lot going for them in comparison to the new tablet-like touchscreen flagships that seem to be sweeping the world. Will my words be enough to stem the tide? Of course not. But I may just add wider credence to the belief that manufacturers should look to a range of form factors and interfaces and not just try ever harder to produce an 'iPhone-killer'....

So here we go then, the Top 10 Reasons Why Touchscreens Suck. 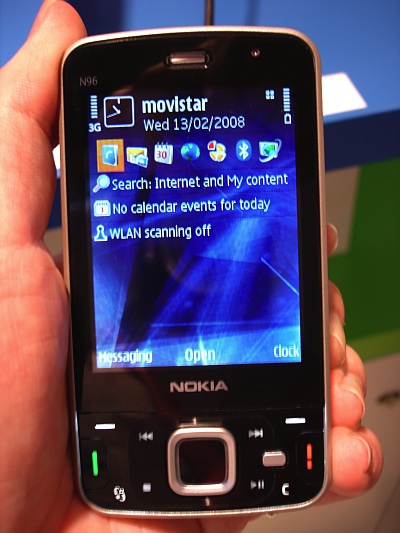 1. You can't use a touchscreen phone one handed very easily. Yes, you can stab at things with the side of your thumb, but to do anything meaningful you've got to hold the phone in one hand and stab at it with the other.

Button-driven phones can be used in their entirety with one hand and using just your thumb. Leaving one hand free for shopping, or for a child's hand, or for a tube strap, or for a briefcase.

2. You can't use a touchscreen phone without looking. With no physical buttons to press, trying to do something even as simply as hanging up a phone call becomes a distracting experience.

In contrast, common operations can be done sight-unseen on a button-driven phone. Some youngsters have even been known to send text messages while the device was still in their pocket (beyond my T9 skills, but....)

3. Touchscreen phones get dirtier. Or at least the dirt is far more obvious. Spoiling the acres of glossy glass or plastic with a dozen greasy fingerprints.

Whereas the screen of a button-driven phone stays nice and clear. In practice, you'll hardly ever touch it. Even when picking the phone up. Which leads me nicely to....

4. It's hard to pick up a touchscreen phone. Unless you had the foresight to lock the screen, you've got to be careful not to let a millimetre of your skin touch the display, else it'll get interpreted as a screen tap or swipe and before you know it you've launched something or closed something else down or worse. The same applies to touch-sensitive spots on the main case, by the way, making picking up your phone a somewhat delicate affair - and far more prone to dropping.

In contrast, you can pick up a button-driven phone however you like. The chances of a rogue contact happening to depress a physical key sufficiently are very slim indeed. And of course, it doesn't matter one iota if you touch the screen accidentally. Talking of drops and accidents, brings me nicely to...

5. Touchscreen phones are, by their very nature, less robust - however strong the tempered glass front, drop the phone onto concrete from arm height and the chances are good that the screen will crack. Exit one expensive smartphone. And those without tempered glass (e.g. the Nokia resistive touch phones) are just ridiculously fragile and far too easy to scratch with a coin or key by accident - running your finger over a scratched touchscreen is very, very annoying [as I know to my cost, having lent my N97 to a less than careful reviewer]

No such worries with a button-driven phone, as these tend to be far more durable. Even if the screen gets bashed, the worst that usually happens is a scratch or two. Mere battle scars. There are legendary tales of survivability in the All About Symbian camp for devices like the Nokia N82, E71 and N95, for example. And unlike touch-driven phones, a few scratches on the screen are hardly noticed since you're not interacting directly with it.

6. Touchscreen-driven phones aren't usually so hot for music and podcast playback, in that controlling the playback requires a number of taps to get back to the playing interface. Admittedly, well designed UIs can make this slightly easier, the iPhone OS has its music player by default on the bottom of each app screen, but you've still got to exit the current app to get to this; while Android phones can have a playback widget on one of their many homescreens and some even put playback controls in the swipe-down notifications pane. But it's never trivial to change tracks or fast forward a podcast, for example.

In contrast, a number of popular button-driven phones (e.g. Nokia N95, N96, N86, 5730 and others) have hardware playback controls that can be applied whatever else is currently up in the foreground. So, for example, you can be reading your email and decide to pause the podcast that's playing or to skip a music track. One keypress and you're done - on the N96 there are even duplicate media playback buttons so that you can do this whether the upper or lower slide is open. Now that's control. 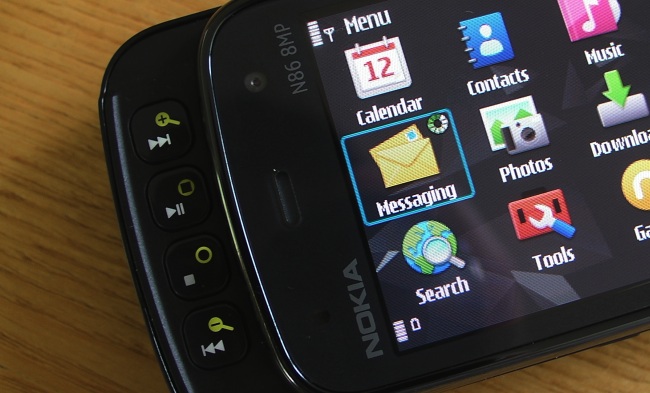 7. Touchscreen phones are clumsy at playing 'digital' games, where specific direction inputs are needed. Whether a first person shooter or a platform arcade game, a physical d-pad can't really be beaten. In fairness, there are also games where an analogue or 'pointer' system is needed and a touch interface works best for these. An ideal device should therefore have both? 8-)

8. Touchscreen phones are a menace to use while driving. Yes, yes, you're going to say that I shouldn't be using ANY phone while driving. What I mean is that, with my smartphone in a cradle on the dashboard, perhaps giving route guidance or playing back an audio file, trying to interact with it briefly while driving is difficult if everything's touch-based. You end up stabbing hopefully at roughly the right spot on the screen while taking your eyes off the road for a micro-second. And, invariably, because the car's vibrating up and down as you roll over potholes etc, you end up hitting something you didn't mean to and then spend the next few taps trying to undo what you just did. Working with a capacitive touchscreen is even worse, the slightest touch in the wrong place as your hand gets jogged out of position and you're in a world of hassle.

In contrast, on a button-driven phone, you know exactly what you want to do in terms of (for example) 'left fn key', 'd-pad in', or whatever and can do it without really looking at all - and the physical nature of the keys mean that it's almost impossible to depress them accidentally, even if you get jogged by the car's motion.

9. Touchscreen phones are slower to input text on. Generally. Honourable exceptions go, possibly, the the excellent iPhone keyboard and text auto-correction, which seems to forgive almost any mistyping, and also to some of the larger-screened touch devices. But anything with virtual qwerty or virtual keypad input on a 3.2" screen or smaller is a joke in terms of typing. 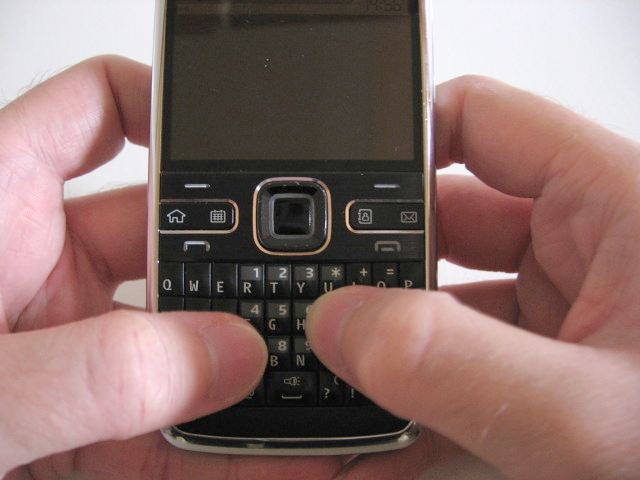 10. Touchscreen phones have, by their very nature, to be physically larger (to be any good). We've seen 3.7", 4" and now 4.3" touchscreens on the market. Many of them already look like slabs held up against people's faces. And have to be pocketed extra carefully. And probably need to be in a case most of the time, which makes them even larger.

Meanwhile, button-driven phones only require a display that's large enough to see what's going on. There's no requirement for things to be large enough to single out with a finger-tip. The result is a form factor which can be dramatically smaller. As an example, compare the Nokia N86 with the HTC HD2 or Samsung Galaxy S. One's a phone - the others, if we're honest, are more 'tablets'. Don't we all want something that's small enough to fit in any pocket and to be unobtrusive when out and about?

In fact, I could go on. Here are three more reasons why touchscreens suck that didn't even make it into the top 10:

Now, please don't jump down my throat for overlooking the advantages of touchscreens - of course they're potentially more intuitive in terms of user interfaces, they're more 'fun' to use and the larger displays are, of course, genuinely jaw-dropping in the right circumstances. What I wanted to do in this piece is highlight that there's plenty of room in the market and plenty of uses cases for button-driven, non-touch phones.

Thankfully, keeping things resolutely Symbian, Nokia has committed to produce a range of form factors in the coming years. Just keep your mind and your options open.

Steve Litchfield, All About Symbian, 8 July 2010

Filed: Home > Features > Not a Dedicated Follower of Fashion - 10 Reasons Why Touchscreens Suck