From Barbie to the iPhone

Steve Litchfield muses on the continuing struggle for the mobile industry, balancing ever-increasing functionality against ease of use.

From Barbie to the iPhone

(Functions vs Ease of Use - the Struggle Continues)

The near simultaneous announcement of the Apple iPhone and my 7 year old daughter's misplaced acquisition of a 'Barbie Touchman' organizer, both absolute extremes on the 'Ease of use' scale, got me thinking.... Where would all the other iconic mobile devices from the last ten or so years fit into a 'Functionality vs Ease of Use' chart? 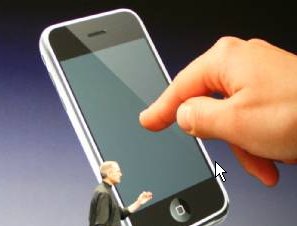 The Barbie Touchman first: it's an utterly horrible, cheaply made pink thing with typical low end text-based organizer functionality. And it's interface is so appalling that after an hour each with the manual neither my wife nor I could even work out how to change the time. Really.

The Apple iPhone: although not even available yet, its interface goals and philosophy have sent a clear message to rest of the industry. Even if the iPhone basically just sells to iPod owners wanting something bigger, better and which rolls in a phone, it'll do quite well (should it be released outside of the USA).

I firmly believe that in 2007, anyone with common sense should be able to pick up any device and work out how to use most of its functionality without even looking at the manual. This has required a bit of a shift in the emphasis of user interfaces over the last 15 years, and in some cases a simplification of certain functionality that has annoyed power users.

But on with the main chart - how well do a range of well known mobile devices fare when cost is discounted and raw functionality is mapped against of ease of use? The most interesting point of interest from the chart is that there's a big cluster of devices well away from the 'iPhone' end of the Ease of Use scale. As many commentators have been saying, the effect of the iPhone will hopefully be to encourage more devices into its end of the scale - although the iPhone's functionality is comparatively low, its positioning on the chart is unique and it will definitely have some impact.

The cluster of qwerty-keyboarded messaging-focussed devices near the top-left show that there's seen to be a definite niche for hardware that has an unshamed learning curve, for professionals who want specific functionality and don't mind a little effort to get it working fully. But I'm not sure these devices all need to be quite so far left. Yes, there's a natural struggle between functions and ease of use, in that there are more apps to access, more functions within each app, more settings to fiddle with, and so on, but there's room for better optimised interfaces, in my opinion.

It's also notable that the Nokia N95 is also, to some extent, out on its own and this explains why it's garnered almost the same sort of buzz as the iPhone, but for different reasons. With the iPhone being so under-featured and with the N95 being so well-equipped, surely there's room in the market for a premium device with top marks for both functionality and ease of use? 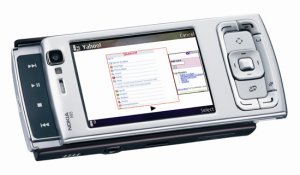 I say it again: like a certain Mr Jobs, I don't think smartphones need to be hard to set up and use. Application functionality should be elegant and obvious, and anything complicated (like setting up WLAN) should be handled by wizards that gently walk the user through any information needed.

In the case of S60, the dominant Symbian-based user interface, in terms of sales, it's already fairly 'right' on the ease of use scale, but there are steps it could take to move further right and I'll be exploring these in an editorial in the near future. Suffice it for now to say that the sheer number of utility shortcuts in its main menu and the vagaries of its various settings dialogs both need serious attention.

Bringing this back to Barbie(!), please try and sympathise with me and my premise for this feature. Picture the scene in Toys'r'Us. My daughter already has a shiny new(ish) S60-based Panasonic X700 clamshell smartphone, courtesy of me, but was clamouring to spend her saved pocket money on this low-tech Touchman monstrosity. I pleaded with her that her smartphone could do everything the pink bit of plastic could do and 100 times more besides and that it was a LOT easier to use into the bargain. To no avail. The Barbie thing was pink. And looked cool. And it got bought, to the accompaniment of the sound of me bashing my head against the nearest brick wall...

Looking ahead to smartphones for the next generation, maybe iPhone-like 'cool' (I bet they make one in pink) is what'll matter after all, rather than functions OR ease of use. Then again, maybe by then all smartphones will have top end functions and ease of use as well, in which case we all win.

Filed: Home > Features > From Barbie to the iPhone