Flash back: 8 things the Lumia 950 and the Nokia N95 have in common

Now, go with me on this. I'm contending that the current Microsoft Lumia 950 and the 2006 Nokia N95 have a lot in common - more than you might think. It's just that there was something about the 950 in my hand as my main smartphone that reminded me of a feeling I'd not had for a decade. Then it hit me. Ten years ago I'd had the ground-breaking N95....

I still have the presentation box for that first Nokia N95 (from WOM World, as it was then), with the slogan on the top 'There's a thing in this box. But it's not one thing, it's many.' The idea of the Nokia N95 was that it was the first  smartphone to really encompass all the emerging portable tech in one small gadget. High spec 1/2.5"-sensored 5MP camera, GPS, loud stereo speakers, and so on.

Now, technology has moved on in the intervening decade and the N95's feature set is now commonplace - in fact, it's de rigeuer and exceeded in even budget phones in 2016. But the Lumia 950 gives me something of the same impresison. That of one smartphone that can do everything. OK, apart from most of the Google services. And Snapchat. And Pokemon Go. But again, bear with me. 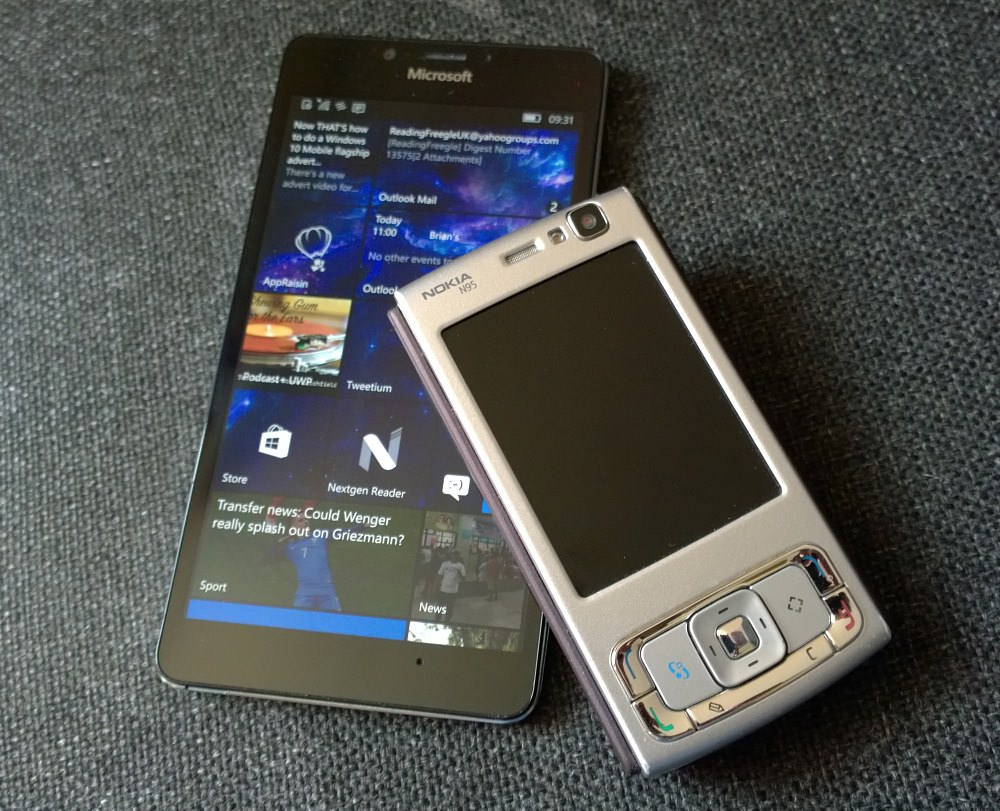 Here then are the main factors that make the Lumia 950 remind me of that original N95, a tech classic in its own right. Might the list also cause you to re-examine the 950 in a new light?

Comments welcome then. Is it just me making this sort of 'classic' comparison?