The period 2001 to 2011 should be celebrated, it's the decade when the humble 'mobile phone' become more, so much more. And it's worth noting Nokia's part in this transformation, with five things listed here that the company absolutely nailed in the fight to give us more and more powerful phones. But I also can't let such a retrospective go by without a similar attempt to identify the five biggest mistakes that Nokia made, leading to its somewhat troubled existence in the smartphone world of 2012.

Let's start on a positive note though. Five things Nokia absolutely got right.

1. Chose Symbian as its OS

It's all very well to look at Symbian now - still very powerful as an OS but with a legacy architecture that's creaking at the seams in today's always-on, large-screened, fully-social, graphically-accelerated world - and be critical of the reasons for Symbian's very existence. However, back around the turn of the millennium, Symbian was the brave new world, the multitasking mobile-friendly OS that was going to take us from the world of PDAs to the world of smartphones. And it did. To the Nokia 9210, to the Sony Ericsson P800, to the Nokia N95 and beyond. Five or six years beyond.

At the time that Nokia and others were getting started with the new Symbian, the competition was Windows Mobile and Palm OS, both of which had grafted on telephony with varying degrees of success. Each of these OS has now long since died out in mainstream use, leaving Symbian the sole survivor of a bygone age. Proving that helping to create and shape Symbian (from the base rock of Psion's EPOC/32) was absolutely the right choice, I think.

It's true that Nokia's biggest selling smartphone models in the last decade were fairly traditional in form factor (think N73, N95, 5800, N8), but it's the wide variety in designs outside the best sellers that endear the company to many of its fans. Think of the outrageous Nokia 3650, the transformer N90 and N93, the huge brick form of the Communicator line and the hybrid 9300i, think of the much-maligned N97 and more recent E7, think of the gull-winged qwerty powerhouse, the E70.

Essentially, something for everyone. One thing's for sure, Nokia smartphones were rarely boring. And by releasing such a wide range of hardware, the company was able to garner feedback from customers on what worked and what didn't work.

Right from the get go, Nokia put investment into converged technologies, specifically photography and music, followed a few years later by navigation. As a result, even Nokia-sceptics admit that 'Nokia phones have great cameras'. From the first VGA camera right up to the latest 41 megapixel PureView unit, Nokia's cameras have generally been first rate, whichever model you pick up. And yes, I'm including EDoF units in that - in most light conditions, EDoF works better for the great unwashed than auto-focus cameras on competing smartphones, in my opinion.

Similarly for navigation, the purchase of Navteq was hugely expensive, but is proving a good buy in the long term, with Nokia Maps being the star turn on every Symbian-powered smartphone of the last few years and even now starring on the new Windows Phones.

Apart from camera technology, Nokia has been brave enough to experiment with other hardware gizmos, many of which made it into the smartphone base-specification we have today. Integrating GPS, accelerometers, Wi-fi, OLED screens, hardware-accelerated graphics, USB on the go, DLNA, all were tried out by Nokia right at the cutting edge.

Though there have been occasional lapses, Nokia's reputation for great build quality, good choice of materials and durability remains untarnished across the mobile world. Which is why most of us still have half a dozen Nokia smartphones from years gone by tucked away in drawers that would still fire up fine when most of their competitors had fallen to bits.

Whether looking at feel in the hand, or survivability in the real world or in one of Nokia's test labs, this aspect of Nokia's 'scene' has always been something that impressed me. Hardware highlights here have to be the E71, E61i, N82, N91, C7 and N8, but you may have your own favourites... 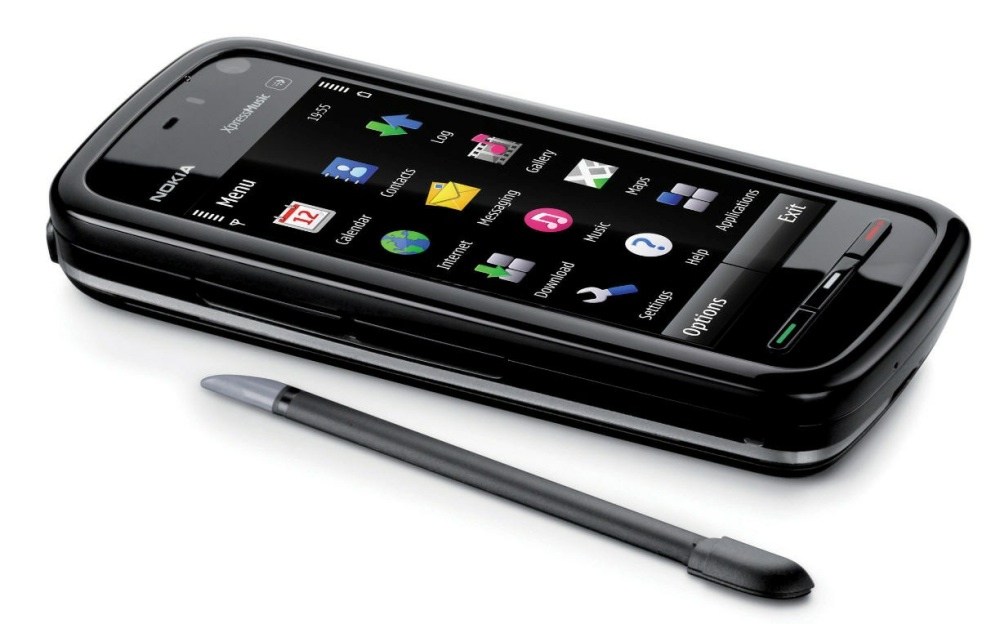 Now to the painful bit - five things that Nokia got wrong in my humble opinion.

1. The move to touch

Although obvious with hindsight, this mistake wasn't at all obvious at the time. Nokia had a successful smartphone platform in S60, button/d-pad driven, when Apple introduced the world to flexible interfaces on a large capacitive touchscreen. Truly the world did change at that point, again with hindsight - though at the time the iPhone was little more than a feature phone with a fancy interface.

Now, Nokia had experimented with touch interfaces before, with the 7710, plus it had seen Sony Ericsson partially succeed with its UIQ smartphones, also based on Symbian. There were three ways to go: one was to either take an existing touch interface (such as the 7710's 'Series 90') and rework it for 2008 onwards; the second option was to create a new touch interface from scratch (effectively what Microsoft did a few years later) to compete with iOS, even if it meant breaking compatibility with existing S60 applications; the third was to take the existing S60 one-handed, d-pad driven interface and simply adapt it for touch activation of the various screen elements.

Personally, I'd have gone for option 2 yet maintaining the Symbian kernel, but time and money were of the essence and option 3 won out, as history will attest. S60 5th Edition was functional, but not elegant and the continued use of the 'scroll and select' UI paradigm from non-touch S60 on touchscreen phones was an annoyance to existing users and a complete mystery to new ones.

Did Nokia and Symbian need to move to touch at all? Yes, probably. There would still have been a market for key-driven phones but it's one that's getting smaller each year, it seems. Would you have done things differently back in 2007/2008?

Back in 2005, Nokia smartphones running S60 had an on-board app store, in which users could browse and buy applications directly. This was three years before Apple's 'invention' of the mobile app store, remember. Nokia's was called 'Download!' and, much as I'd like to suggest its failure was down to the exclamation mark in the name (see also Yahoo! and similarly! stupidly! named! enterprises!), it largely failed because Nokia put almost no time into the project.

Even at its peak, Download! only offered a dozen or so applications, most of which were from one developer, Epocware, which had got the hang of the submission system. (I even tried to get some of my own applications into the system and failed.) Most S60 owners got their applications from the wider Web, following links from sites like AAS, but this model works less well when you move away from geeks and towards general users. So when Apple finally introduced an application store (on the iPhone) with hundreds and even thousands of applications in the first few months, it was, naturally, a roaring success.

Download! could have been one of Nokia's crown jewels, and yet it was left to stagnate even in its fledgling form and then quietly dropped. Something of a tragedy.

It's one thing for a manufacturer to pare the hardware in budget phones right down, in the drive to reduce the Bill of Materials and keep the handset cost as low as possible. But for a flagship device, for the one smartphone that's got everything, i.e. bundle in the N95's camera and protected camera glass, the 9500's qwerty keyboard, the Psion palmtop's hinge mechanism, the N78's FM transmitter, the E61's monster battery... (I could go on). Yes, I'm talking about the  N97, for this one incredible device which could have ruled the world - Nokia skimped on the specifications. Famously, the RAM and system disk size were left the same as on the entry-level predecessor, the 5800, leading to all sorts of glitches and issues. For the sake of a few Euros worth of extra flash memory and RAM, an entire generation of Nokia flagship was lost - along with Nokia's reputation in early adopter and journalist eyes.

It's not just the N97 either, having too little RAM plagued most of the S60 5th Edition generation. For the top-end phones, there simply wasn't any excuse for not thinking ahead and wondering how much RAM might be needed by power users doing powerful things, the very target market for a flagship device. 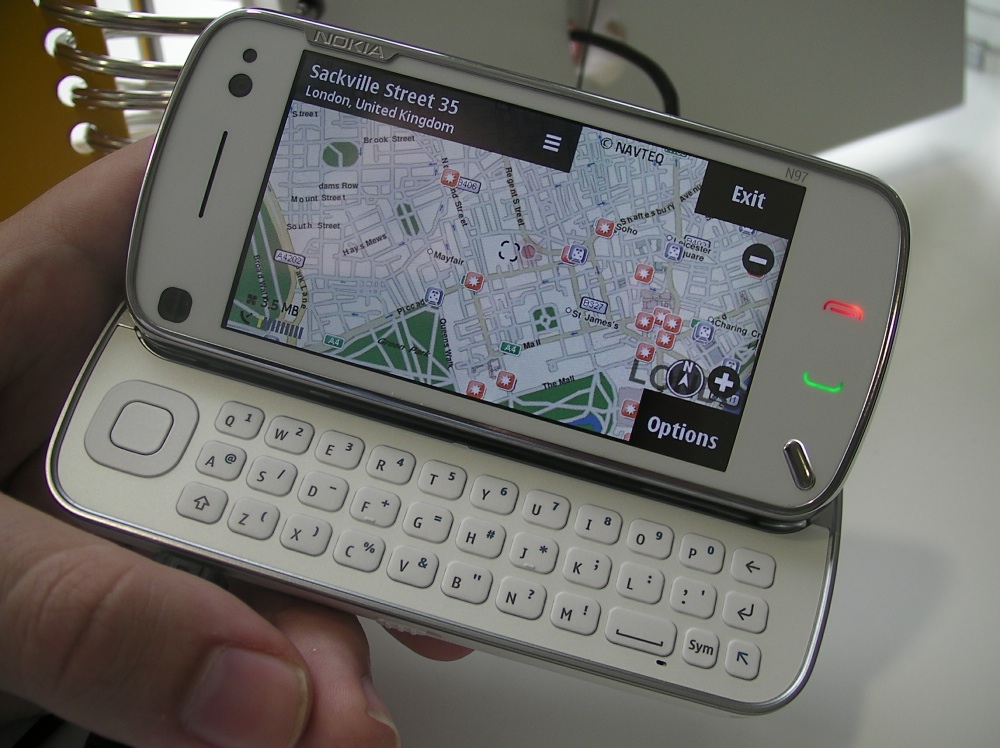 Even the use of resistive touchscreens can be bundled in here, mainly used because they were cheaper and simpler - again, for a flagship you need to install the best technology and the cost is secondary - can you imagine an N97 with a capacitive AMOLED screen and decent amounts of memory? What a delicious thought.

Either way, this underspecifying of the N97, N97 mini, N96 (remember that?) and other high profile devices led an entire tech generation to turn away from Nokia in disappointment.

Back in the days of Psion, when men were real men, newbies like myself programmed in OPL and the hard core Epoc/Symbian experts coded in C++, down at the 'metal'. Symbian OS was powerful, but it was also complex to program for, not least because many of the concepts that the OS introduced were brand new to the world.

And not a lot changed through the first half of the last decade, other than OPL not being resourced enough and falling by the wayside. Meanwhile Apple, Google and Microsoft entered the market from 2008 onwards, with software development kits that were markedly easier to use - all of a sudden you didn't have to be a guru to write a Symbian application - merely being a competent programmer was enough.

Nokia and Symbian's response was, finally, to buy in Qt, a similar development environment and on-device runtime that would provide parity with much of the competition. As a result, the number of applications for Symbian has been rising smoothly, but it's all somewhat late in the day. Again, playing the 'What if?' game, what if Qt had been available two years earlier, around 2008, matching the options available in the iOS world?

I won't pretend to be able to cover all the political and legal ins and outs of why the Symbian Foundation was created, why Symbian 'had' to be open sourced, and how it failed, see here and here for some comments. What we saw, from an end user standpoint, was a good year or so being wasted chasing down copyrights and rewriting modules which already worked fine, all in the name of the mighty Foundation.

And the one thing you can't afford to waste in the hyper-fast world of mobile is time. Between the touch/N97/Foundation factors, Nokia's year or two's lead in smartphones back in 2006 turned into, by some metrics, being at least a year behind the competition in 2012.

Quite simply, the Symbian Foundation was probably a mistake - with other Symbian licensees visibly wilting, Nokia should have grasped the OS in 2008/2009 and taken it in-house officially - after all, much of the work in Symbian was already being done by Nokia employees.

PS. Can I be cheeky and add a sixth mistake? Hardware acceleration. A bit of a personal peeve, I loved the possibilities of the high end GPU built into the N95 generation of smartphones. And hated the way the OMAP2420 chips were pushed aside for a new generation of processors which were far less capable. Admittedly, almost no software actually used the 2420 properly, so in that sense the chips were being wasted. But I can't but look back, ironically, at the way Nokia abandoned GPUs in smartphones just as Apple started introducing them....

As ever, your comments welcome. Can you think of more successes or more mistakes?

Filed: Home > Features > Five things Nokia did right and five mistakes it made in the Symbian and smartphone world