Your knee-jerk reaction to Redmond is wrong

One of the most predictable, yet slightly unsettling, reactions from Stephen Elop’s news was one of “I’m never touching anything by Microsoft ever ever ever.” You might have heard it as the bathwater was being thrown out. More than anything, the reaction that refuses to give something a chance is just… disappointing. Give the Redmond  company a chance on consumer electronics (see below), and the modern Microsoft turns up trumps.

I should know – since August 2010 I’ve been sporting a Zune HD media player, and I can comfortably say that it’s the best personal media player on the market, it knocks socks off the iPod Touch, and is miles ahead of other standalone devices from manufacturers such as Sony and Samsung.

Given the news of last week, I can already hear commenters starting to type “look at your about turn!” but I know you're wrong, so please, don’t bother. Originally the Zune was a short term loan device to let me look at a “radical” UI design on a portable device and compare this to Symbian - you can read about the results here. What’s interesting is what happened after that.

Put simply, I didn’t want to send the Zune back.

By that point, it was in daily use, my podcast listening while away from my computer was being done through the Zune, the ability to quickly navigate through my music collection and jump to seemingly random songs with ease meant the friction between what I wanted to listen to, and listening to it, was minimal. Plus the battery life is huge, it was light, and my concern over carrying both phone and music player hadn’t led to any practical issues. 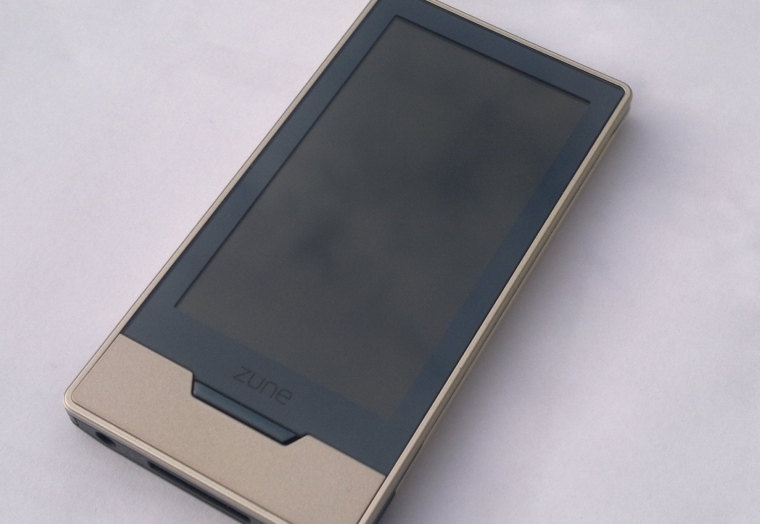 Editor's photo note: I asked Ewan to take this (outdoor) photo again with the screen 'on'. He replied, "that IS with the screen on. At full brightness!" At which point I made a mental note that it's good that Nokia's going to be making the actual hardware, not Microsoft! See the photo below, with Nokia's CBD display coping far better with the bright overcast conditions.

Would I have given the Zune the time of day without having a trial? Maybe. After all, I knew enough about it to get it for a comparison article. But if I had a knee-jerk reaction to Microsoft, then I wouldn’t be giving it the time of day. And that’s why some of the reaction on Friday was disappointing.

By all means grieve for Symbian (and be under no illusions, we here at AAS are going through that process as well), but life does go on. Symbian is going to be around for a few more years yet, and it's going to be one of Nokia's main product lines in 2011 and maybe 2012. It's unlikely to stop evolving altogether and has time for a final hurrah (and if the numbers stay high, strategies can perhaps be tweaked down the line?). But many people are asking what next? In my case, I’ve experience with iOS and Android devices as well as the Zune/WP7 paradigm. If my smartphone does what I need it to do in a timely and efficient manner, I’m happy. 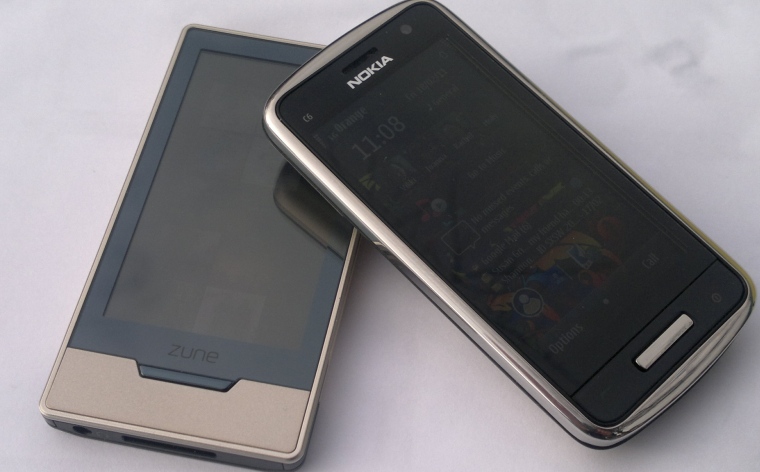 Given the cards that Nokia’s Board of Directors and Stephen Elop had, I think they’ve played them quite well while announcing the new direction, although the intention for Symbian was muddled on Friday and needed some clearing up at the MWC briefing on Sunday evening. While I might fault that, I’ve no qualms about the solidity of Nokia hardware being partnered with Windows Phone (specifically not Windows Phone 7 – you can be sure Nokia are going to get stuck into that code for issues like multi-tasking and battery life).

And if you don’t want to even look or try the hardware because of name of the company that makes the OS, feel free. It’s just that I think that attitude’s not going to help anyone.

Filed: Home > Features > Your knee-jerk reaction to Redmond is wrong