Hands-on with the Samsung INNOV8

It's the hottest ticket in town and Rafe and I were able to spend a whole afternoon with the Samsung INNOV8, due for availability in September. With slick black styling, 8 megapixel camera, GPS, UPnP, Wi-Fi and every other acronym you can think of, including DivX and WMV compatibility, the INNOV8 is the highest specified phone in the world - and it runs S60 3rd Edition FP2. You'll find thoughts, details, screenshots, photos and a video in our exclusive hands-on INNOV8 (p)review. And as a bonus, there's also more close-up photos of the device in Rafe's INNOV8 gallery.

"The Samsung Innov8 (i8510), a top of the range S60 handset in a slider form factor, was announced in late July. With an 8 megapixel camera (which gives the phone its name), 16GB of onboard flash memory, 2.8 inch screen, integrated GPS, accelerometer, optical senor and comprehensive software package it is, arguably, the new super-phone - the best specified device currently announced. Nokia's high end Nseries devices will finally be facing some serious competition; the INNOV8, positioned at the top end of the market with an estimated launch price upwards of £500, will be facing off against Nokia high-end Nseries devices such as the N95 8GB and N96.

The INNOV8 which we spent time with at one of Samsung's offices was a pre-production model. While major hardware changes are unlikely, there will be software revisions before the retail release. You should bear this in mind when reading this preview. 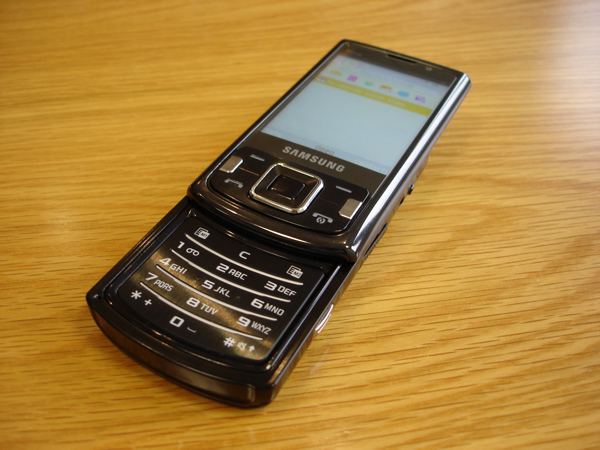