Having been using the Nokia E71 for a little while now, Steve Litchfield delivers his verdict - what's new compared to its predecessor, the E61i? And how close does the E71 get to being the perfect smartphone for the modern professional? With predictive text and a wealth of other tweaks to S60, the E71 certainly delivers more than you'd think at first sight. 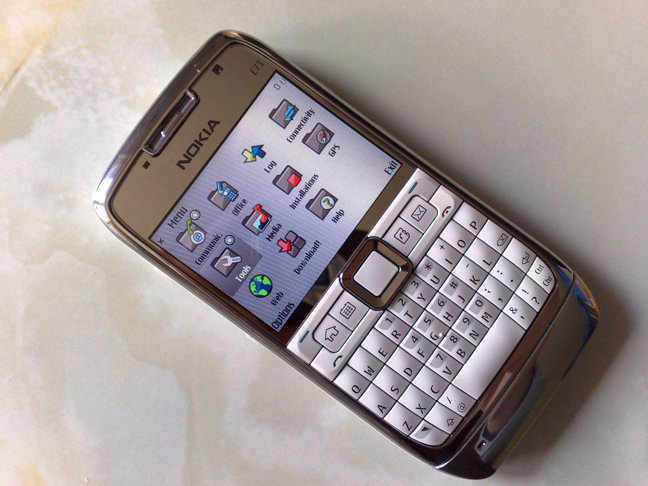 In some ways the E71 is the iPhone's nemesis - using almost the identical dimensions in a totally different way, for a totally different set of users. The iPhone excels at media consumption (Music/photos/video/web), while the E71's strengths are in media creation (typing documents, Office work, camera, camcorder, and so on - the usual Nokia/S60 strengths). Both devices can do most of what the other does, just not as well. The attempted crossover is evidenced by the iPhone 2 platform adding enterprise features while the E71 now plays DRMed WMA music, etc. Then there are the starkly different form factors. And the different target markets (personal vs company use). Add in the elegantly-simple- but-not-as-deep UI of the iPhone compared to the useable but-you-need-to-be-fairly-tech-savvy-to-find-everything approach for S60 on the E71, and I can only emphasise once again that they're polar opposites.

Read on for Steve's full review of Nokia's latest Eseries device, the E71.