[Updated] Nokia has announced that Maps 2.0 is finally available, after several months in (a very wide) public beta. The press release, with official changelog over v1.2, is below, plus also the less formal changelog for the full v2.0 release over the v2.0 beta. See also my preview of the Nokia Maps v2.0 beta. And here's the all important download link (build 2102 is the one you want). Nokia Maps (as referenced in my recent Location Based Search feature) is a core product for the next five years and has enormous potential, both standalone on devices and as part of (Maps on) Ovi.

With the core product free to all and yet with enormous worldwide street mapping and POI datasets, Nokia Maps is a big, big deal. It's innovative pay-as-you-go pricing system for voice-guided navigation has attracted some criticism but is, in my opinion, beautifully pitched. The 2.0 version is a big step forward from 1.0, in both routing ability and user interface. The pedestrian (walk) facility is also noteworthy as it represents a significant expansion area for GPS navigation. 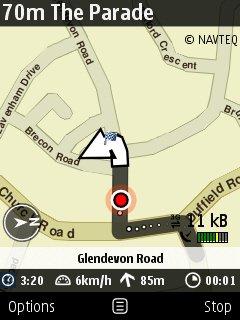 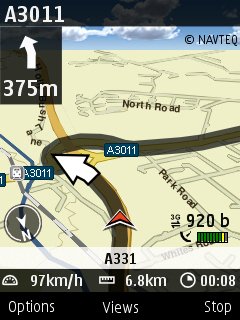 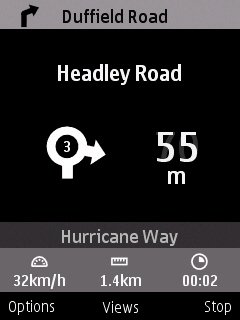 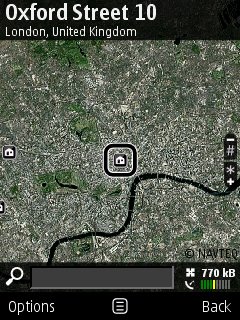 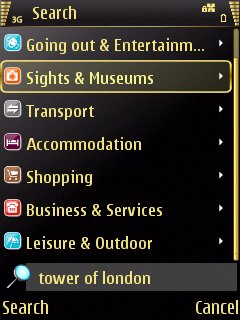 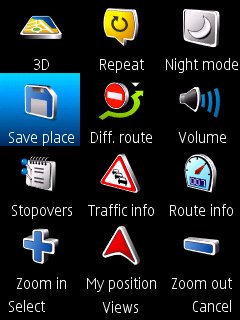 Thanks to the Nokia Beta Labs, here's the changes as a result of beta feedback, some of which are new for the latest build [2102]: 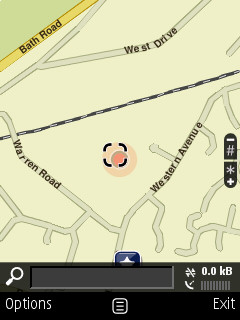 In other words, it's a 'best guess' presumably based on network cell ID and somehow tied into the Assisted GPS server system on supported devices, to give Maps a rough idea where you are in the few tens of a seconds while the GPS is getting a proper lock. Quite why Nokia Maps doesn't use the same cell tower as Google Maps for Mobile is a mystery - maybe the Nokia Maps system is more sophisticated, doing extra triangulation? And it's not really clear why this network positioning (which only needs an online connection) can't be made to work on non-GPS devices like the N81 and E51... Comments welcome.

And here's the official Nokia announcement and changelog:

"Downloaded over 240,000 times since announced in February, Nokia Maps 2.0 has improved its optional Car Navigation, enhanced its pedestrian navigation, added multimedia city guides, now offers satellite images, and is sporting a redesigned user interface. Nokia's mapping and navigation solutions give people navigation features, local content and world maps directly on their mobile device, in a way that only connected devices can.

A partial list of the updated features in Nokia Maps 2.0 includes:

Nokia Maps 2.0 uses vector maps provided by Navteq and TeleAtlas, Nokia Maps now has maps covering over 200 countries, with over 70 of them navigable. Maps can be downloaded over the air directly to selected devices or by using the Nokia Map Loader on a PC.  A new beta version of the Nokia Map Loader is available on the Nokia Betalabs web site.