The Widsets 2.0 beta (update: now live on main site too) site recently went live which means you can now download and test the latest version of the Widsets client. New features include better integration between Widsets and the rest of the device including the ability to initiate a phone call or open a browser window. Widsets is a way to get web content on your mobile via widgetisation. Read on for more.

Widsets has been around since the summer of 2006 (but only really took off last year). It has continued to evolve at an impressive pace and the new version holds a great deal more functionality that the original version. The basic idea is presenting digestible web content optimised for consumption of a mobile device through a 'dashboard / desktop' and 'widget / application' interface. Widgets are arranged on the dashboard and each widget can be opened to view the contents. The basic Widgets are RSS feeds wrapped in an attractive package, but there are also a number of small games and utility widgets. New to this beta is the Push E-mail widget. 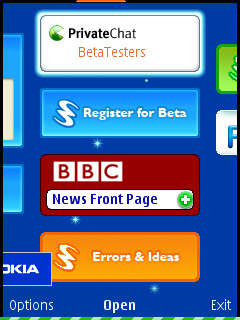 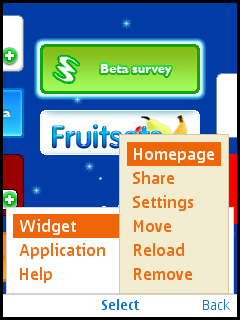 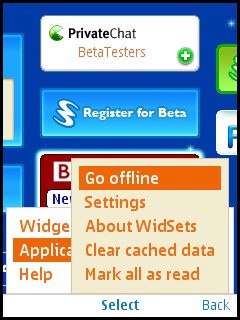 The new version is also faster loading and is smoother in operation. The overall impression
is of a much more polished application. Note the new ability to 'Move' Widgets around the dashboard. This
together with the on device Widget library means in practical to use Widsets without going near the PC site. 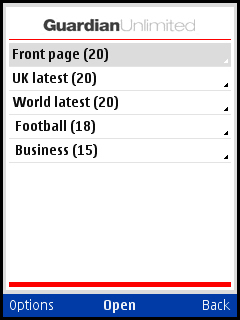 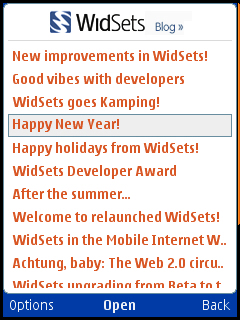 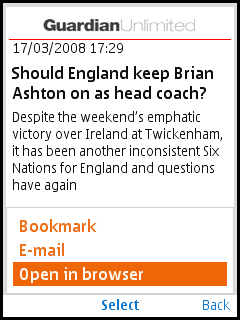 Here the Guardian Widget demonstrates the new ability to open the link in a browser. This addresses one of the
longest standard limitations of Widsets and makes the whole Widsets system much more useful.

The beta also includes other recent updates / new features such as the ability to rearrange widgets on the device (previously this had to be done via the Widsets website) and the creation of new widgets  from with the application. 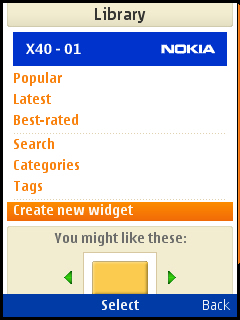 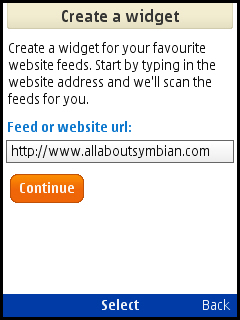 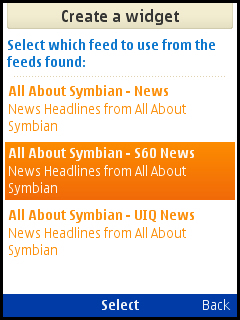 Creating a Widget is a matter of entring a website URL (tip for AAS enter mobile.allaboutsymbian.com),
choosing the right RSS feed and... 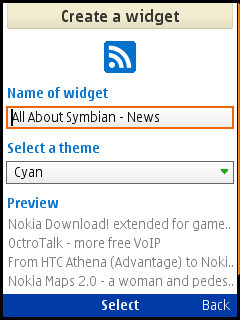 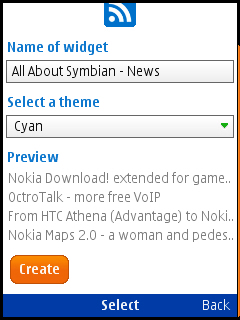 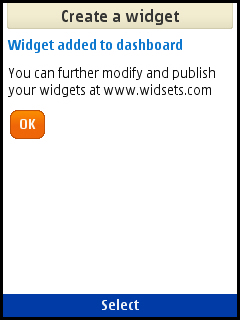 ...choosing the widget name and colour scheme before adding it to the dashboard... 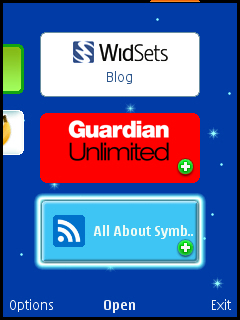 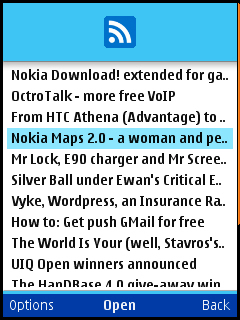 ...where it can be seen in all its glory. Impressive stuff!

If you're not comfortable with beta version consider trying the stable version.

Update: The beta version is now live on the main site: Widsets.com