A new beta version of Nokia Maps, 3.08, has been released through Nokia Beta Labs, which brings a number of changes to the Drive (car navigation) functionality of the application. The most important of these is the ability to use live traffic information to automatically route you around traffic jams and other delays. There's also a new look and feel to the user interface (including a "Just drive" mode), the ability to set a contact as a destination and an easier to use Settings menu. The new beta also marks the brand switch from the Ovi Maps to Nokia Maps.

Maps 3.08 (also known as Maps 3 service release 8, or 3.8) follows on from Ovi Maps 3.07 (also in beta). Ovi Maps 3.07 introduced the modularisation of Ovi Maps, effectively breaking it into four key components: Maps, Drive, Check-in and Guides. Other updates included improvements to search, a redesign for the Places pages, the addition of location-based advertising, the integration of weather into the Guides module, and new voice files for navigation. These updates are also present in 3.08, and represent a significant set of additional changes if upgrading from 3.06 or earlier.

Ovi Maps has had traffic information available in the application since Nokia Maps version 3.0 was announced at Nokia World in late 2008. The integration was improved in later versions with a colour coded overlay (green = good, yellow = poor, red = severe) on Maps and a limited ability to re-route due to traffic (either manually or automatically).

The routing around traffic when calculating a route feature is currently available in France, Germany, Russia, USA and UK; it is enabled by setting 'Avoid traffic' in the 'Route settings' to 'yes'. Here's an example where Ovi Maps 3.08 has calculated a different route to Ovi Maps 3.06 as a result of live traffic information (note the red line on the A272). 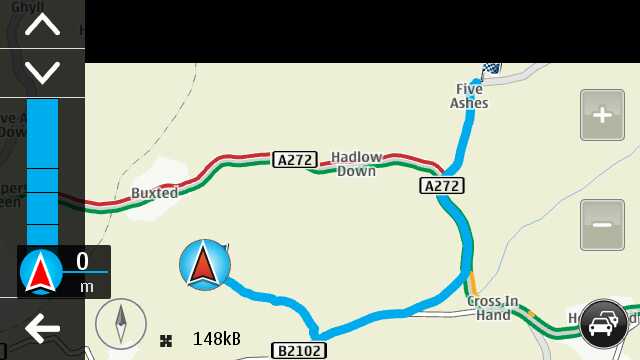 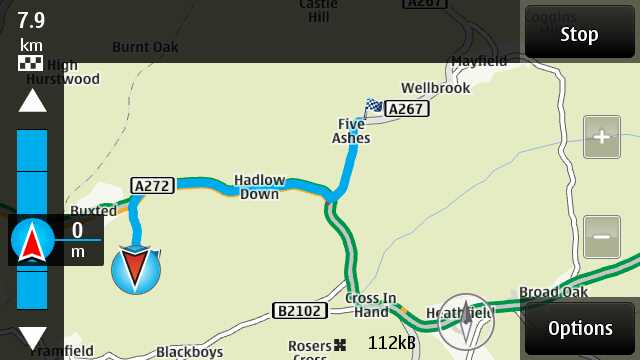 The routing will also change dynamically in response to changing traffic conditions. In the example above, after I had captured the screenshots, the traffic conditions information on the A272 improved, and I noticed that the routing in Ovi Maps 3.08 had changed, without any intervention from me, to be the same as that displayed by version 3.06, as shown below. 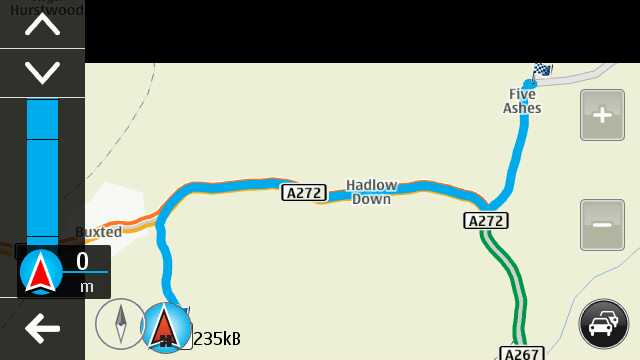 The depth and availability of traffic information varies from country to country. In the UK, all the motorways, major A class trunk roads and some additional key transport arteries in large urban centres are covered. Ovi Maps makes use of traffic data supplied by NAVTEQ, but also incorporates some information of its own.

It's great to see live traffic information being applied to Nokia Maps routing. More intelligent routing is always going to be high up the priority list of any navigation system and anything that can help cut journey times and avoid traffic jams will make for happier drivers.

The Drive portion of Nokia Maps has been substantially reworked, the UI has been restyled, it is more consistent and touch friendly. When opening Drive you're presented with a choice of "Set destination", "Drive home" and "Just drive". The new "Just drive" is targeted as giving driving assistance, there's no need to set a destination and therefore no navigation, but it shows useful information about speed and distance driven, gives speed warnings and displays real-time traffic information.

In Drive mode, there's a refreshed information bar showing key information and giving quick access to the Options menu (three lines button), where you can access settings and functions. You can toggle between time to destination and distance by touchinh the right hand side of the information bar. 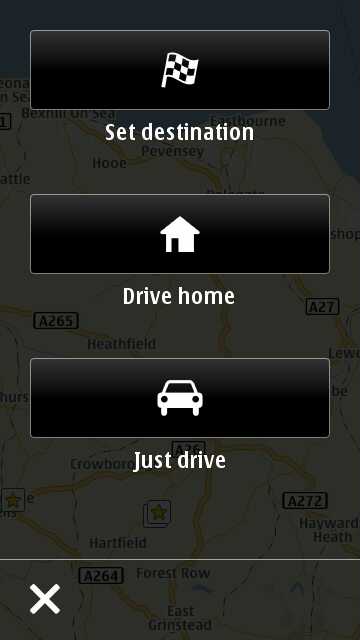 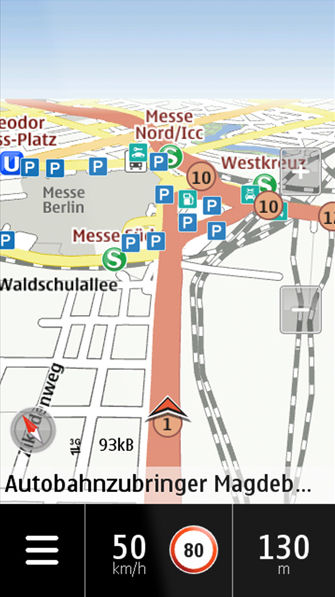 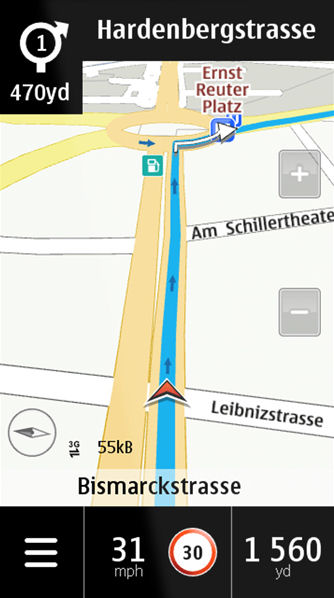 The Options menu now uses large on screen buttons, replacing the small icons of earlier versions, which give a bigger target area, making them much easier to use when you are driving. The top two maps, 3D and traffic, act as toggle switches for their respective impact on map display. Volume controls the audio level of voice guidance, while route overview shows the complete planned route, or in "Just drive" mode, allows you to set a destination. The settings button drops you into the traditional settings dialog, with options for features such as day/night mode, backlight control and alert and route settings. 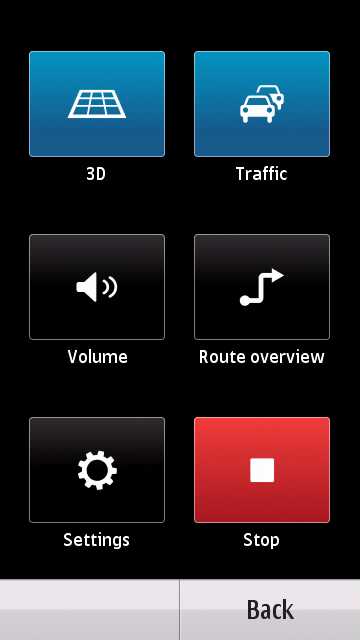 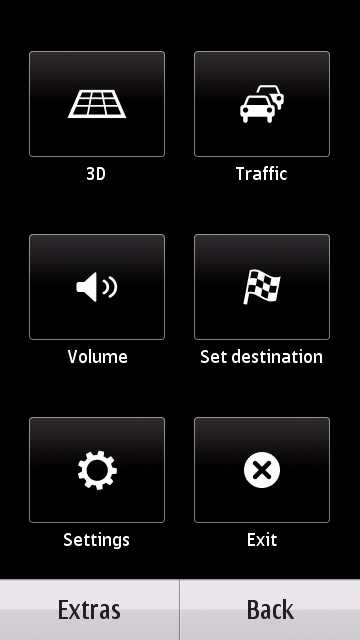 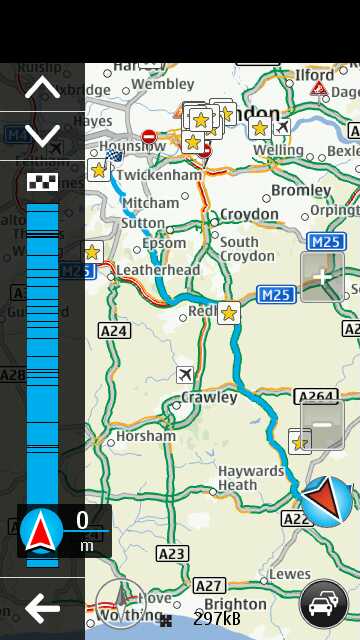 In previous versions of Nokia Maps, you switched between views (2D map, 3D map, overview and arrow views) by swiping across the screen. In 3.08 this is no longer possible; instead, the Options menu offers a 2D/3D toggle button and a route overview button, with the arrow view removed altogether. The loss of the arrow view is a shame, but, in general, the new approach is a more intuitive and it means you can now pan the map, making it possible to see the surrounding area (Just drive mode) or the route ahead (Drive mode).

Destinations can selected from Search, History, Favourites (saved locations), Contacts and Categories (list of nearby points of interest). The ability to select a contact as a destination is a new feature, however you do previously have to have linked a contact to a place on the map. More intelligence would be welcome here, for example, it is a shame this can't be set to automatically pick up postcodes from Contacts. 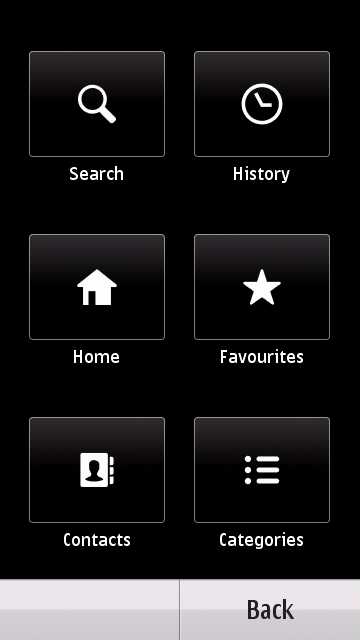 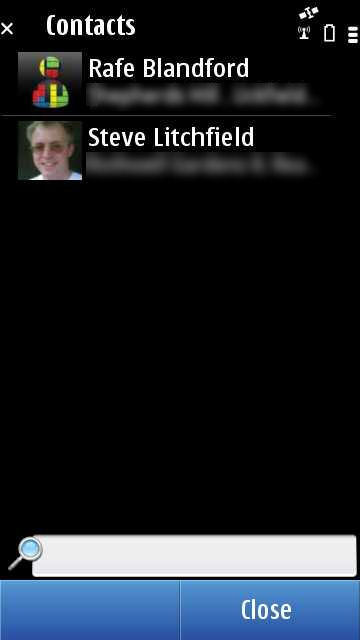 It is worth noting that the updates in the UI described above do mean that there is now some inconsistency in the look and feel when compared with the other Maps modules. Although to be fair, it seems likely that they will be updated in a future release.

Overall, the UI update offers a good improvement over previous versions. The layout is more intuitive and it is faster to get into navigation mode, making it much more likely that you'll take advantage of the functionality on offer. The Just drive mode provides a welcome option for familiar roads and the larger buttons in the Options menu make at-the-wheel usage a realistic proposition (check your local legal requirement before doing so though).

Ease of access to contact actions has been improved in Maps 3.08 - a long tap in the location bar or on a POI icon (in any map mode) brings up a pop-up menu with  "Drive to", "Walk to" and other key actions.

Maps Settings have also been reorganised. They can be accessed from Settings->Application Settings-> Map Apps. They are divided into General, Map & Walk and Drive sub sections. 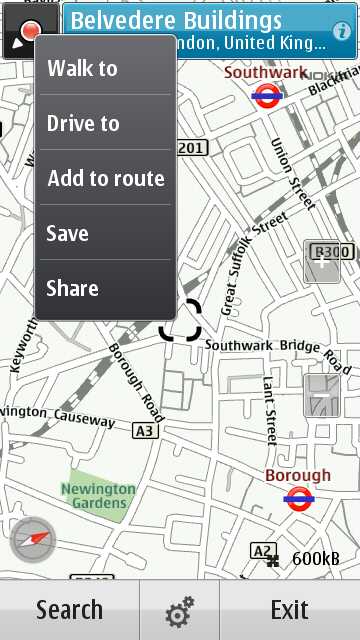 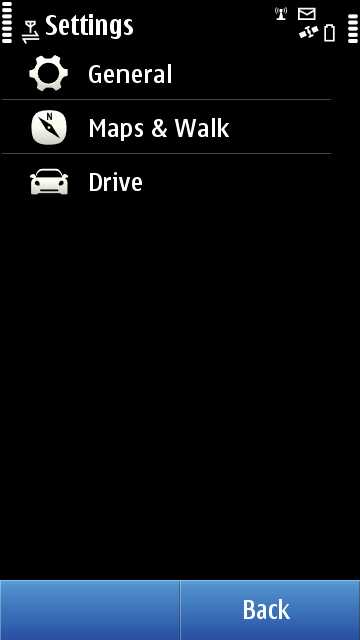 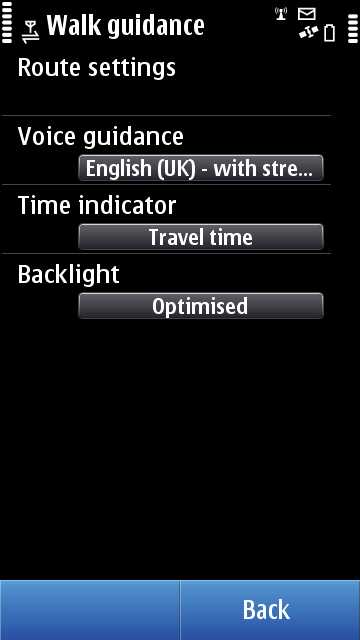 The iconography of the Maps homescreen widget has been updated to reflect the new iconography associated with Symbian Anna.

Finally, Nokia Beta Labs refers to the update as Nokia Maps 3.08, marking the transition (back) from the Ovi brand, although, as previously, on the device the application is just branded as Maps.

Nokia Maps 3.08 is available in its beta form via Nokia Beta Labs. As with all beta software, you should remember that the software may be unstable and consider this before installing it on to your phone. Those who install the beta version are encouraged to provide feedback and comments via the Beta Labs site (discussion forum, first impressions survey and user experience survey). As an additional item, the Maps team also want to know what your favourite categories are.