Nokia today announced the forthcoming availability of Symbian Anna, a software upgrade for all Symbian^3 devices. The update is focused around three key objectives: delivering improved usability, enhancing enterprise functionality and improving developer productivity. The update underlines the importance of, and Nokia's ongoing commitment to, Symbian. Symbian Anna will ship with new devices later this quarter and be available to all existing Symbian^3 devices in a similar time frame.

Symbian Anna is effectively equivalent to PR 2.0, but does contain some elements (e.g. icon set) which were not originally envisioned for this. Nokia has already indicated that there will be future updates for Symbian. While no additional information was given, it is safe to assume more information on Symbian Bertie, Beatrice or Blondie will arrive later in the year. This would be equivalent to a PR 3.0 release.

Nokia has chosen to move away from the firmware version number and PR scheme naming in public communications. Software updates are being given a nickname to allow for clearer communication, but it also reflects an increase in the significance and cadence of software updates. 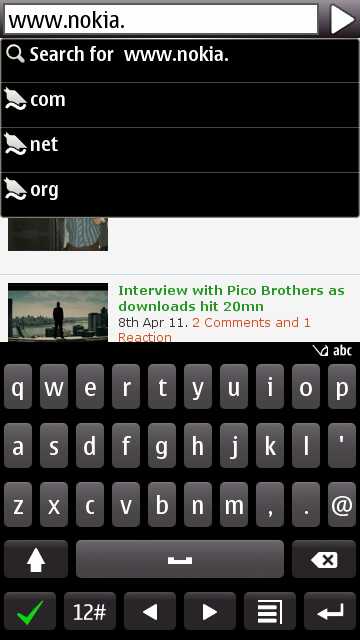 The Nokia E6 and X7 will ship with the Symbian Anna update out of the box later this quarter.

The Nokia Astound, the US version of the Nokia C7-00, has the majority of the software updates from Symbian Anna, with the exception of the new icon set. It will receive the remaining updates in due course.

New shipments of the Nokia N8, C7, C6-01 and E7 devices will come with Symbian Anna as standard in firmware later this quarter or next quarter. Depending on lead times and levels of retail inventory, the exact timing of this switchover will vary significantly from market to market.

In general, within a given model, SIM-free devices will be the first to receive the update. Operators may require additional checks and certification to be carried out, adding additional time to the delivery date. Nokia's broad intention is that all Symbian^3 devices should have received the update by this summer. This does represent a delay over previous commitments to PR 2.0. However, Symbian Anna does include some components not originally intended for PR 2.0 and Nokia noted that it wanted to focus on delivering a stable and competitive update.

We'll continue to update this story as we receieve additional information.