Nokia and T-Mobile USA have announced the forthcoming availability of the Nokia E73 Mode. It is, effectively, an operator specific variant of the Nokia E72, which was released last year. However, there are a number of cosmetic changes and the 3G bands have been changed to suite T-Mobile's network. Notably, for a operator branded Nokia handset, it will ship with a range of Nokia services, including Ovi Maps and Ovi Store. The E73 Mode will be available from June 16th for $69.99 on a two year contract.

The Nokia E73 runs S60 3rd Edition Feature Pack 2 and features a thin QWERTY mono-block design, a 5 megapixel camera, integrated GPS, WiFi and Bluetooth connectivity and the large (1500 mAh) BP-4L battery. The press release says the WiFi can be used for voice calling, suggesting that the E73 will be pre-configured for T-Mobile's UMA service.

It will ship with a range of Nokia services, including Ovi Maps (free, worldwide car and pedestrian GPS navigation), Ovi Store with integrated T-Mobile billing (for downloading applications and games) and Ovi Files. US operators have traditionally been somewhat reluctant to ship Nokia devices with Ovi services (e.g. E71x), but T-Mobile seem to have embraced the idea in both the Nokia Nuron and Nokia Mode. Nokia needs to place more handsets with US operators if it is to prove its position in the US market.

The device will cost $69.99 on a two year contract, but as with the similarly priced Nokia Nuron, it is likely to be available for free on a contract through third party retailers such as Amazon. 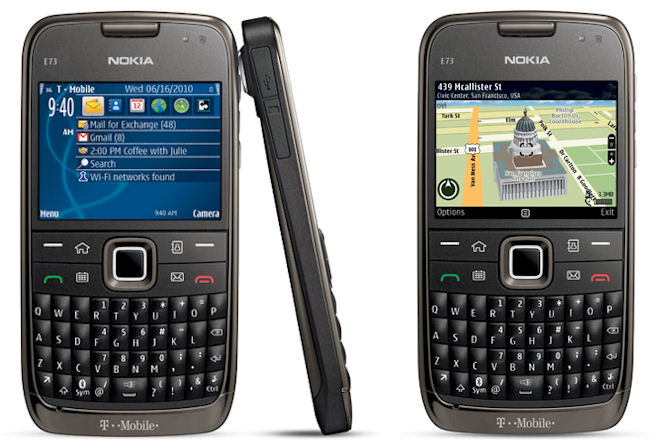 The 'Mode' name comes from the 'switch mode' functionality of the E73, which allows the user to have two separately configured homescreens. T-Mobile and Nokia are playing up the dual nature of the device by suggesting it is ideal for those wishing to maintain a healthy work-life balance.

The enterprise capabilities of the device are also highlighted - it has support for both Microsoft Exchange and IBM Lotus Traveller and attachment handling applications such as Quickoffice (Microsoft Office viewing and editing), Adobe PDF viewer and Zip Manager. There's also easy access to Salesforce.com and Bloomberg through third party applications.

The E73 is being pushed as a stylish (it will be T-Mobile's thinnest QWERTY unit) but professional device for those who need to stay connected all the time:

"T-Mobile is committed to providing a variety of devices that serve our customers' needs to stay connected to the central people in their lives including family, friends and even colleagues from the office," said Travis Warren, director, product marketing, T-Mobile USA. "With the Nokia E73 Mode, we're excited to offer a premium device at an attractive price that helps Mom and Dad put work aside and make their family the top priority."

"The Nokia E73 Mode brings style and function in an affordable device without compromise," said Mark Slater, vice president, Sales, Nokia. "Working together with T-Mobile, the Nokia E73 Mode enables us to bring our customers a 'Work & Life' solution that allows consumers and businesses to be as productive as possible, while still providing an exceptional consumer value and performance."

Differences between the Nokia E72 and Nokia E73 Mode 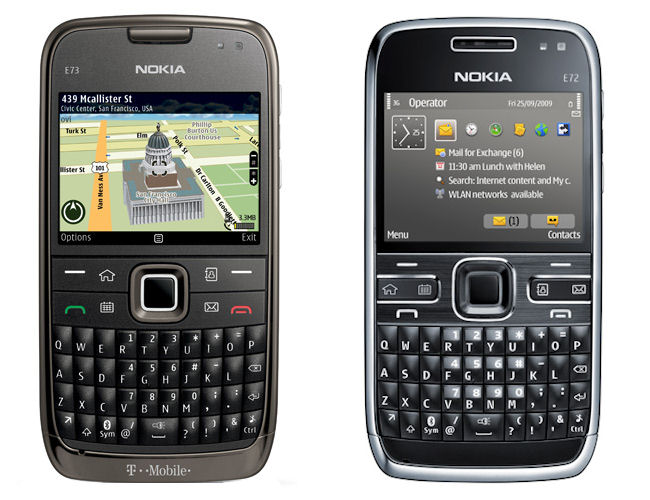