Nokia today announced the availability of Ovi Maps 3.3 (3.03) for the Nokia E71 and E66. The updated version brings the free worldwide pedestrian and car navigation edition of Ovi Maps to these devices. Nokia says the release is a result of listening to consumer feedback: 'you spoke, we listened', says the press release. The E71 and E66 versions do not include the Lonely Planet guides due to technical constraints, but the core navigation offering is the same as that found on more recent devices.

"The process of making the latest version of Ovi Maps available for existing devices is quite involved, but the team managed to include complete navigation functionality. Due to technical constraints in back porting the app to existing devices, unfortunately, it wasn’t possible to offer further premium content such as the Michelin and Lonely Planet guides."

The announcement is a follow on from January 21st, when Nokia announced that Ovi Maps was going free.

In the press release, Nokia note that the E71 and E66 will be "the last of our S60 3.1 and older devices to sport this version of Ovi Maps". This means we will not be seeing free navigation support for the Nokia N95 and other S60 3.1 devices. However, as we noted in an earlier story Nokia have reduced the licenses prices significantly for pre-3.3 versions of Ovi Maps, which means navigation is available for older devices at a very low cost.

Ovi Maps is a relatively large install and will be placed on the C: drive, so you will need to ensure that you have enough free disk space (recommended 10MB or more) before installing the new version. It will replace any existing version of Ovi Maps or Nokia Maps that is installed on the device.

In usage there are occasions, as with earlier version on the Nokia E71, when Ovi Maps can feel somewhat sluggish compared to more recent devices. However the streamlined user interface is a significant improvement and the new version is a recommended install for all E71 and E66 users, not least for the availability of free car and pedestrian navigation. 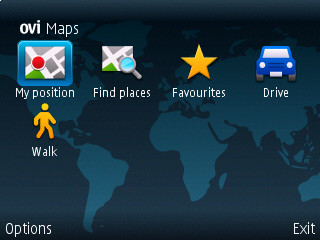 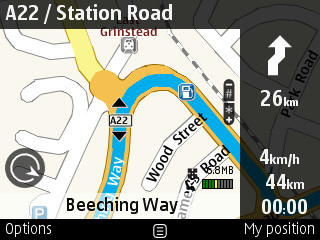 Ovi Maps for the Nokia E71 and E66 will be made available via the maps.nokia.com website. It will also likely appear in the Ovi Store shortly.