Exclusive: Skype for Symbian, long in beta for S60 3rd Edition and missing-in-action for the Nokia N97 marque, has now been overhauled, face-lifted and released for both, and is out of beta. You can get it by going to skype.com/m in Web on your (N95 onwards) S60 phone and downloading when prompted. Read on for lots of screenshots from my Nokia N97, comment and links.

Here's Rafe's first look at Skype for Symbian, from the beta released a few months ago. You might want to glance over this first. The S60 5th Edition version has been given a major cosmetic overhaul, though seemingly at the expense of a greater RAM hit.

Here's the main Skype information age for Symbian. And yes, the image for the N97 is wrong 8-) And, no, judging from the comments below, it doesn't seem to work on anything non-Nokia - though I'm sure Skype are working on it.

Here's Skype for S60 5th Edition being installed on my Nokia N97: 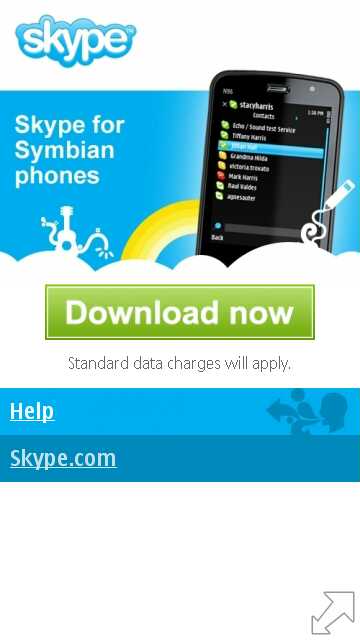 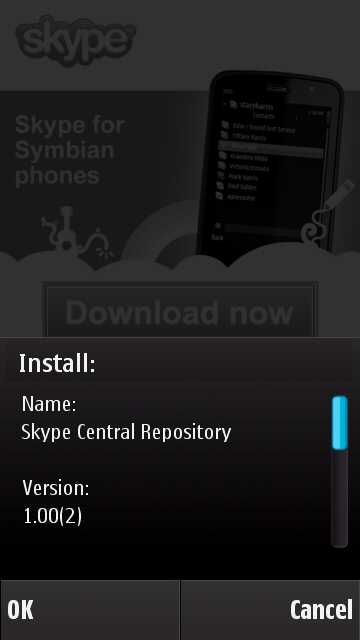 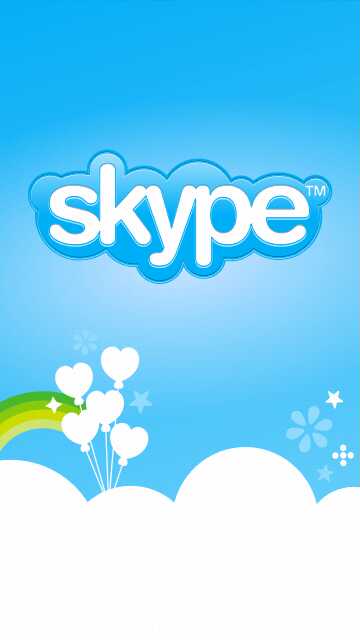 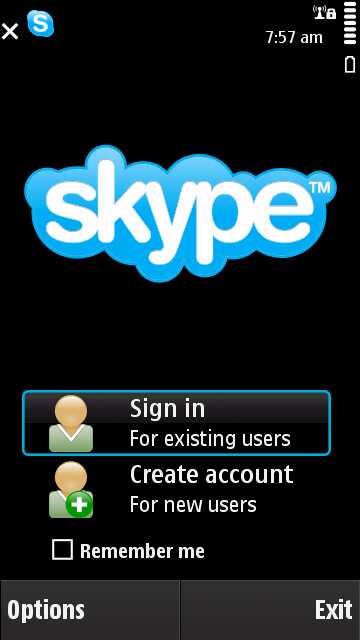 Skype is pretty heavy in terms of demands on the phone's processor, especially when starting, so you have to be patient while it signs in, retrieves your Skype contacts/thumbnails (the first time - all these are stored locally and retrieved far faster thereafter) and checks statuses. There's the option to include all your phone contacts as well, for calling via Skype if desired (and if you have Skype-out credit).

It's also very slow when downloading an existing chat history and then rendering it. Chat messages don't seem to be stored locally and it can take up to minute for a lengthy chat history to be loaded up and rendered - guys, why not just grab the last day's worth, rather than the last month? Just a thought.

You can see why it has taken a while to get such a heavyweight application to the phone - Skype tries to fully replicate the desktop client far more than it tries to compete with the more nimble phone-centric Nimbuzz and Fring. As a result there will have been plenty of people at Skype tearing their hair out over the full client's performance on the N97 (and N97 mini and 5800, to be fair) - it really needs faster hardware and more RAM. 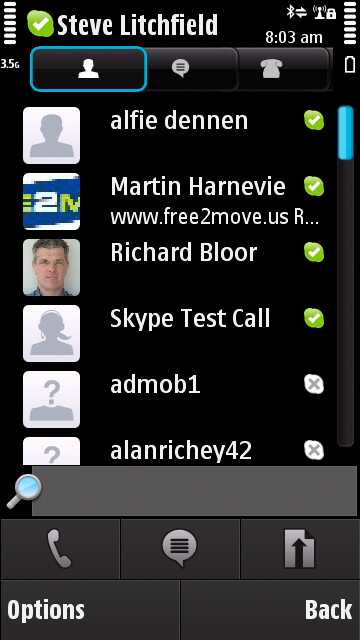 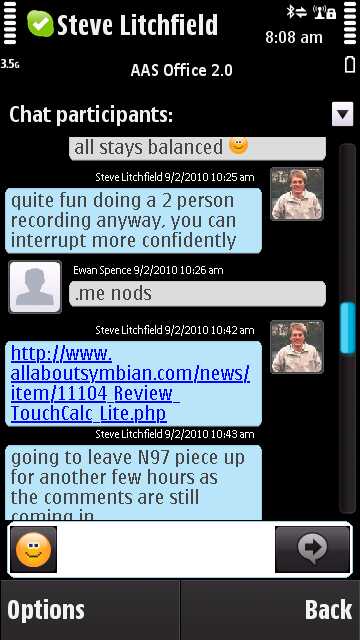 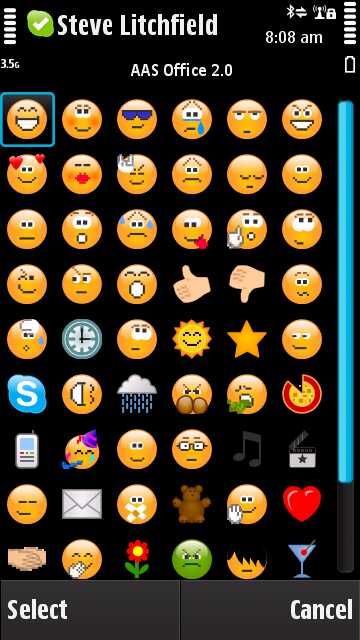 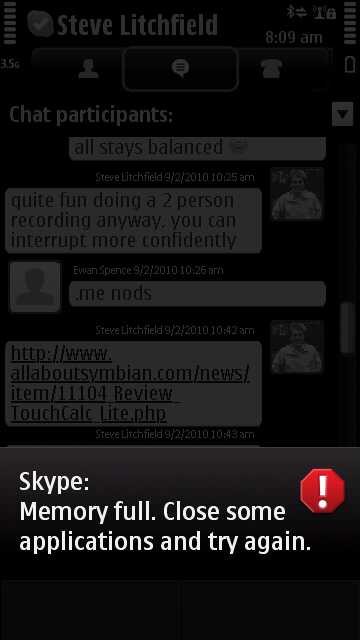 As you'll see from the last screenshot, we're back to the usual 'Nokia really should have put more RAM in these things' rant, I'm afraid. Skype will already be RAM-optimised, after so long in development, so all you can really do is close other hungry apps, like Gravity, Web and Photos, before kicking off Skype.

Still, it works, call quality is good, and it's great to see this app finally available for the Nokia N97, albeit 5 months later than originally promised.

(Now, Nokia, what about a decent Symbian/S60 smartphone with a fast processor and far more RAM so that it can do Skype justice?)