During Nokia's Capital Markets Day event, held yesterday, a few screenshots showing Symbian^3 were shown off as part of Kai Öistämö's (Nokia EVP, Devices) presentation. While the big Symbian UI rewrite will not happen until Symbian^4, there are still some significant changes in Symbian^3. Read on for further details and commentary.

These are the first public visuals / screenshots we've seen of Symbian^3 (see note below). However it is worth noting that these are mockups - the exact detailing may be a little different by the time this appears on shipping devices. Devices using Symbian^3 will be announced in the first half of the year and should start shipping in the second half of the year.

The presentation referred to the screenshots as from a future UI, rather than Symbian^3, so it is possible than some of the concepts will not appear until Symbian^4 (this applies especially to the last two screenshots).

It appears that Nokia will be skipping the Symbian^2 release, which is a relatively minor release (especially when compared to Symbian^3). However many of the features of Symbian^2 have already been backported (e.g. the N97's widget based home screen) or are currently in testing for release on Symbian^1 (e.g. location triggering). 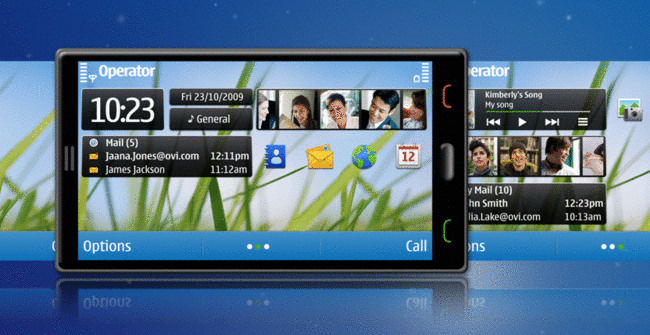 This image shows the multiple homescreen support. Note the three small circle indicators on the bottom toolbar area; these suggest that at least three home screens will be supported (the exact number may depend on the hardware configuration). The widgets use the same WRT based 'mini view' as found on the N97 and N97 mini. In the screenshot above there are room for up to 6 of these on each page.

Developers would do well to consider adding 'mini view' to their applications or future development plans. The importance of the home screen and widget interaction will grow even more important in future versions of Symbian. 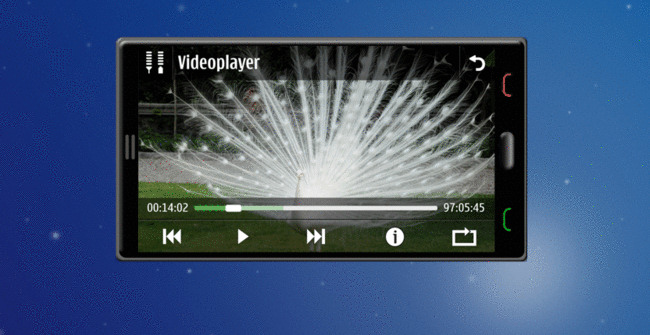 The Videoplayer screenshot demonstrates the added support for layering graphic / screen elements in Symbian^3 thanks to the addition of NGA (Next Generation graphics Architecture, which has previously referred to this as ScreenPlay). It allows for the 'see-through / layering' effect on the video seeker / toolbar area of the screen. Symbian^3 also supports HD video playback (and capture), HDMI output and enables file sizes over 2GB, allowing for large video files (such as the 97 minute one shown in the screenshot above).

Also notable is the rearrangement of the status bar indicators (both battery and signal strength together), which is done to optimise screen real estate and allow for a clearer (and explicit) back button on the top right of the screen. 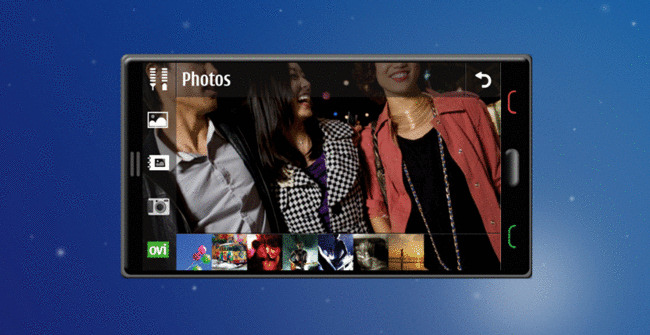 This screen from the Photos application again shows off potential uses of NGA (layering of graphics and picture-in-picture like effects). Further the application has been changed in order to improve the user experience (addition of recent photo bar along the bottom of the screen).

Again the status bar has been modified to maximise the use of the screen space.

Although not apparent from the screenshot Symbian^3 will remove the use of the double tap in list view from the platforms (e.g. when browsing through a list of tracks). This is thanks to a contribution to the Symbian platform, which initiated from a company called Ixonos. 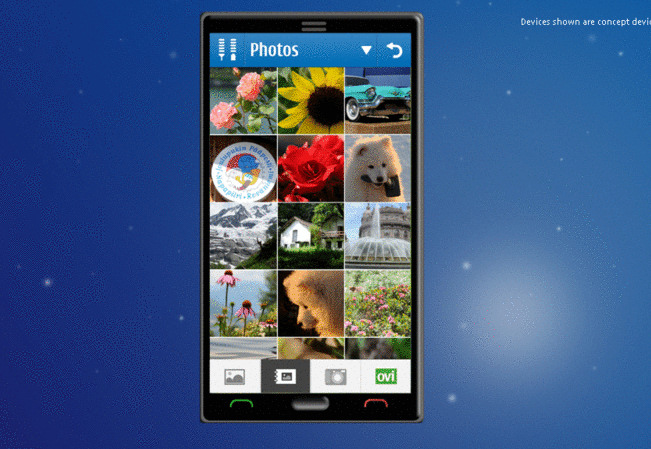 A second screen from Photos demonstrates the continued support for portrait mode and suggests that there will be further refinements in screen layout.

Note that the bottom toolbar has four shortcut buttons. This ties in with some of the concepts that were demonstrated in a recent Symbian concept UI video. This represent a move away from having all commands 'hang-off' an Options menu. Additionally there is a down arrow (top right, next to back button), which suggest additional commands are available via a drop down menu. Context specific commands will also likely be available via contextual menus accessed via a long press on the screen.

Symbian^3 also provides support for multi-touch gestures (e.g. pinch to zoom), but this will be dependent on hardware support. Initially the number of gestures will be relatively limited, although developers should be able to add their own through a plug-in architecture. More comprehensive gesture support will become available in Symbian^4.

These final two screenshots show an alternative mock up of the homescreen. Of note is the support for widgets of any size (rather than being standardised into a rectangular shape), the down arrow (drop down menu) and application button (top right). The widgets also appear to support better transparency effect that the current widget implementation. As noted above these screenshots may, in fact, be concept ideas from a later version of Symbian than those above. 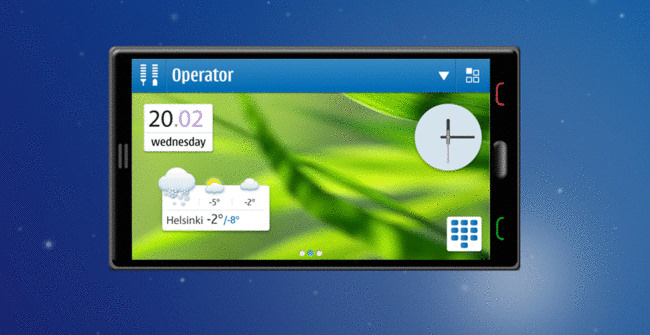 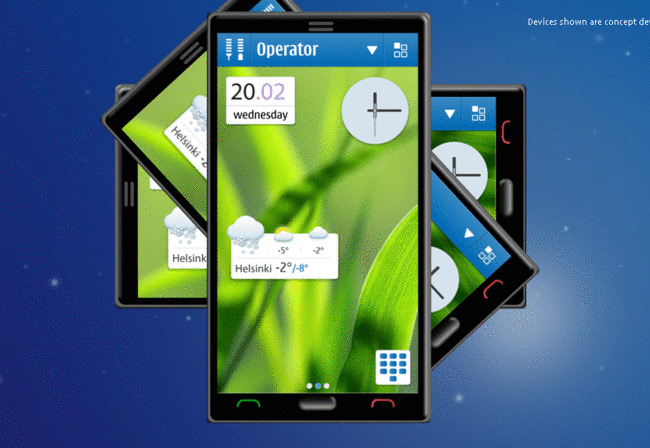 We've only touch on a limited number of the features introduced by Symbian^3 in this news piece. We'll be taker a more in depth look in due course.