UIQ 3 - previewing the interface behind the Sony Ericsson P990

Summary: Steve Litchfield looks at the next generation of UIQ, whose version 3 interface is to be used in the forthcoming Sony Ericsson P990, with lots of pretty screenshots...

Following on from Ewan's hands-on hardware preview of the Sony Ericsson P990 a few days ago, I thought it would be useful to look at the software, or at least as much of the software as we could get our hands on. As I write this in mid October 2005, the software inside the P990 is very much unfinished. Which is not surprising, since UIQ 3, the 'next generation' of the touch-screen UIQ interface, on which the P990 is based, is also nowhere near ready for the prime time. Now that UIQ have released (beta status) SDKs (Software Development Kits) to the world, it gives me a chance to boot up the SDK and emulator and to give you a flavour of how the P990 will behave.

Please note that some of the things shown here won't be in the final version of UIQ 3 (mainly the low level tools shown in the menus), that many things shown here may change significantly, and that Sony Ericsson themselves both customise the interface that UIQ gives them and also add (lots of) their own applications and utilities along the way. In other words, take everything here with a pinch of salt. It's also worth noting that UIQ make a big deal out of OCP (Operator Configuration Package), their system whereby network operators can mix and match the various input methods, themes, menu/control styles, and so on, in order to differentiate their branded devices from rivals. See UIQ's web site for more on OCP.

The most obvious change for you and me then, other than the slightly different shape of the screen, is the absence of the top-of-screen application shortcuts. In UIQ 3 there's a simpler system, with a 'home' icon at the bottom right. Tapping this brings up application shortcuts and shortcuts to nested folders with more applications, in much the same way as presented in Nokia's rival Series 60. Unlike Series 60, though, there's (still) no way to switch between running applications. So if you've just left Quickoffice to look something up in Contacts and then want to get back to where you were, you'll have to tap on 'Home', then find the Quickoffice icon and tap on it again. Sony Ericsson have apparently added a custom utility to do just this in the P990, but we'll have to wait for a formal review before we see this in action for ourselves. 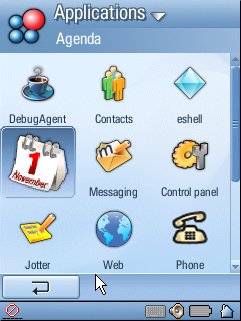 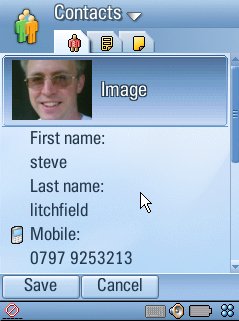 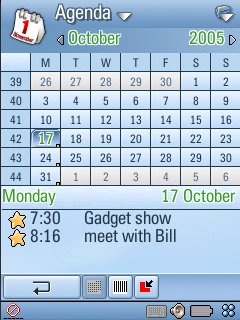 At least the to-and-fro between applications mentioned above reveals something really positive about UIQ 3 - applications no longer revert to a 'base' state when not in the foreground. This was the biggest single complaint about the way UIQ 2.1 worked in the Sony Ericsson P900/P910 and it's now (thankfully) been sorted out. You can now be inthe middle of editing a complex record in one program, answer a call, check your diary, play a game, and when you get back to the original program you'll still be editing the record.

You'll notice from the eye candy on offer here that there's been a bit of a face lift to the entire user interface. The improved support for different screen resolutions means that, for example, when you close the flip of the P990, the user interface barely changes, with on-screen furniture simply rearranging to cope with the fact that there are slightly fewer pixels. So in flip-closed mode, most applications should still work just as well (unlike the old UIQ 2.1, where only a few applications supported this mode).

Another big change is the presence of a (slightly over-size) 'Back' icon, giving new users the comfort of an on-screen button that will always take them back to where they were before they did whatever they did. This function used to be mapped to the old Sony Ericsson 5-way Jog Dial's 'away' keypress, but research showed that almost noone knew about or used this, hence the much more obvious on-screen icon.

Most standard UIQ applications are almost completely unchanged, so old favourites like Contacts, Jotter, Tasks, Clock and so on, will be instantly recognisable. The biggest change I noticed was in Agenda, seemingly a huge rewrite of the old Calendar. There are now just two views rather than three, but they're a hundred times more useable. The month view is similar to that in Nokia's Series 80 Calendar, with a list of appointments on the highlighted day, while the week view mimics that in many third party utilities for both UIQ and Palm OS.

Within each application, there are some important operational differences. There's no separate menu bar any more - in the same vein as with Nokia's Series 90, the menu is popped down from the list icon next to the application name. And there's only one menu card, Series 60-style, with everything listed below, using cascading sub-menus where needed. I make no apologies for picking out areas where UIQ 3 has copied interface elements from its rivals, and maybe they wouldn't either, since imitation is, after all, the sincerest form of flattery. 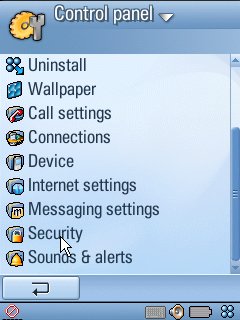 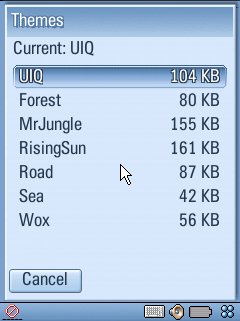 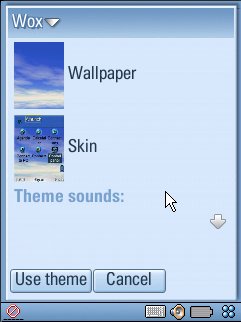 The Control panel has seen some reorganisation, with just the one list of options now, and its more logically arranged. 'Install' and 'Uninstall' are here at last instead of being tucked away in the main application screen menu. And of course there's 'Themes', offering operators and end users even more control of the way UIQ looks and feels. Helpfully, both wallpaper and skins are shown separately within each theme name, as some may not include both elements. Applying a new skin is very quick (just a couple of seconds) and, as you can see, very effective. 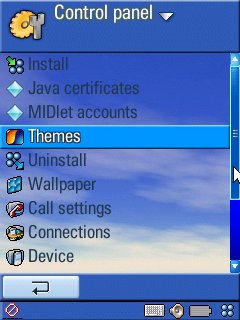 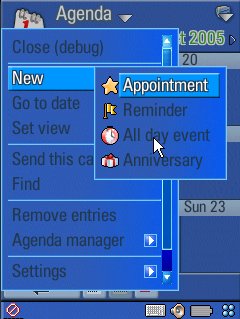 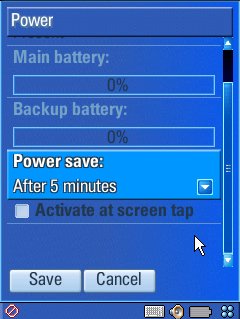 So is UIQ 3 a killer interface worth changing smartphones for? Not really, most of the changes are either incremental improvements, fixes for stuff that didn't make sense in the previous version, or UIQ playing catch-up with Nokia's Series 60 and Series 80. Having said that, UIQ version 3 is way, way better than UIQ 2.1 and will play an important part, alongside Symbian OS 9 under the hood and the well known hardware improvements, in making the upcoming Sony Ericsson P990 a genuinely outstanding smartphone. 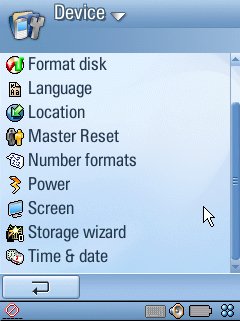 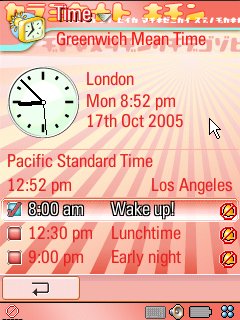 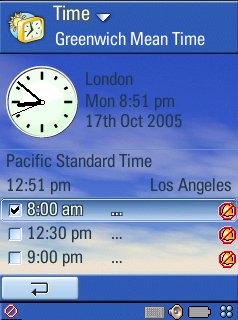