Steve Litchfield proclaims the ten smartphones from the Symbian OS world that have made the most impact in terms of innovation, style and functionality.

In times of inconsistent quality, it's good to reflect back on devices that have oozed quality, charisma or style, and sometimes even all three. I'm looking here at just devices from the Symbian OS world, by the way, so I'm excluding anything powered by a different OS or by a pre-Symbian OS, such as Psion.

And, just to make things interesting, I'm not going to cover them in chronological order, but in order of the power of their design. And I'll take the 'Top 10' in reverse order, building up to the most innovative and significant Symbian OS smartphone EVER. 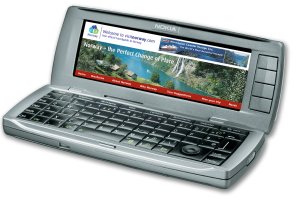 The 9210 (see below) had been established for a couple of years and the 9500 was the big facelift. Rolling in then-new technologies like Wi-Fi and GPRS made a big difference to connectivity, as did the smaller and more pocketable form factor. To this day there are a lot of hardened 9500 users who wouldn't swap their Symbian and Series 80-powered Communicator for the world.

This was the first UIQ-powered smartphone for years that made me stop and do a double-take. After numerous models with unconventional key layouts or wierd keypads, the W960 looks gorgeous, has a large flush-fitting and almost fully finger-friendly touch screen, a good and traditional number keypad, plus Wi-Fi, a serious 3 megapixel cam and full 3G data. Oh, and it's black, which always helps in the style department! Yes, there are a few bugettes, but surely Sony Ericsson is onto them...? 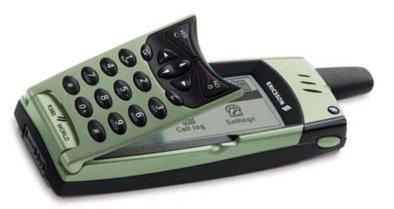 The precursor to many later UIQ-powered Sony Ericsson smartphones, the R380 was the original flip PDA-phone. With great build quality, with flip closed it was a normal Ericsson phone. With flip open, it was (nearly) a full touch-screen PDA. The technology of the time didn't allow for a proper web browser (you had to make do with WAP) and the OS wasn't officially open (so you had to hack any apps onto it), but despite the primitive software the R380 remains a prized possession for a lot of phone enthusiasts. Of especial interest was that with the flip closed, the number keys actually poked the touch-screen gently to achieve their function, a design which meant no moving electronic parts at all - very elegant indeed! 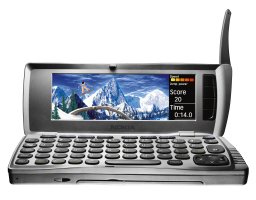 I always remember seeing the very first prototype 9210. Coming from a world of largely monochrome PDAs (Psions/Palms), to see a gorgeous full width colour screen and a qwerty keyboard in something so small (yeah well, this was 2001, don't forget, it seemed small at the time) was staggering. It didn't have GPRS, but otherwise it seemed to offer 90% of the functionality of my old Psion 5mx is a package that was far more integrated and far more stylish. Nokia's Series 80 interface was just close enough to Psion's EPOC to keep it all familiar and yet there were all the advantages of the converged Communicator.

Storming into a largely mono world came the stereo 6630, enabling me to take my music with me for the first time (or as much as I could fit on a 512MB DV RS-MMC card!). The 6630 wasn't the prettiest smartphone in the litter, but it was fully functional in terms of OS, interface, media codecs, etc, plus it was one of the first devices with 3G, it was virtually indestructible and had interchangeable front/back covers, a feature much loved by my wife when she inherited the device! An awesome package for its time, the 6630, predictably, sold in its millions. 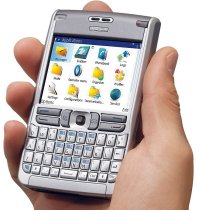 Billed as Nokia's attempt to create something for 'the Crackberry generation', the E61 hit a very significant sweet spot in the professional world. Despite an overslow processor and OS implementation, the E61 was picked up in large numbers and both it (and its E61i successor) just feel 'right' in the hand, with the perfect size of qwerty thumb keyboard (without getting stupidly miniaturised), with a battery that went on for days and with that lovely large 2.8"screen. To this day, I have both E61 and E61i and wouldn't sell them for love nor money. Now if only they'd done a version with a double-speed processor... 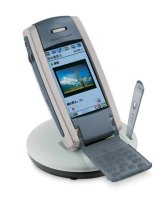 The spiritual successor to the Ericsson R380 mentioned above, the P800 brought together the mechanical flip and touchscreen/stylus ideas with the (then) brand new UIQ interface on top of Symbian OS. Having one moment a fairly conventional (if slightly bulky) phone and then the next a full-screen touch PDA was cool back in 2003 and, in my eyes, it's still cool. The P800 served as the model for all the UIQ devices that were eventually to follow, although the P900, P910 and P990 sadly dropped the mechanical key-on-screen idea in favour of a more conventional wired key approach.

Currently the world's flagship smartphone, by my reckoning, the N95 8GB ticks all the boxes. And then comes with a spec sheet that goes on to add another 10 boxes you hadn't even asked about. And it's fast (well, most of the time), it's cutting edge, it's got oodles of RAM, it's got demand paging, it's got a huge and bright screen, it's got.... well you get the idea. And it's also black and almost as sexy as the Apple iPhone. Although the 8GB model is the one being talked about here, it's worth mentioning that the N95 marque itself was a game changer, in my opinion, in that it was the first true mass market smartphone that was totally converged, i.e. music, (5mp) photos, DVD-ish video, GPS, in one totally standalone pocketable device.

The very first 'Series 60' smartphone, how could I leave the 7650 out? Although it was a contemporary of the Nokia 9210 communicator, the 7650 looked like a phone. And not just any old phone - the phone of the future. It had - gulp - a camera, heralding in the current age where every phone of every price has one. It also ran the first version of 'Series 60', with devices based on S60 going on to sell over 150 million units in the next six years. OK, so the 7650's unusable today, with no memory card expansion and only 4MB of internal flash memory, but it's number 2 because of its history and because it still looks futuristic even today.

The date is April 2006. Into a Symbian world (mainly) filled with S60 2nd Edition  and UIQ 2 handsets, Nokia drop the bombshell that was the N93. All of a sudden technophiles across the world were being tempted by a smartphone with S60 3rd Edition (the N93 wasn't the first, but it wasn't far off), QVGA screen (a first), 3 megapixel camera with 3x optical zoom, VGA video recording at 30fps, dedicated, forward-facing stereo microphones, TV-out facilities, plus a unique transformer form factor that saw it morph from clamshell phone to landscape media viewer to camcorder. A giddy cocktail that induced extreme techno-lust. OK, so the N93 is anything but sleek, the mechanical intricacies of the double swivel made it a nightmare for service centres to repair, and it could have been supplied with a bigger battery, but geeks like myself were overjoyed. 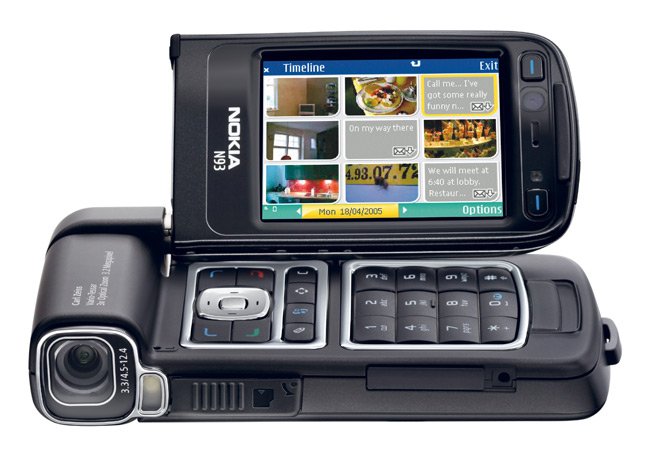 It was made for the outdoor life and I took full advantage in the summer of 2006 when I took one of the first production units away for a holiday. The N93 took stunning photos (for its time), stunning video (watching back on the device with the stereo headset plugged in was an incredibly immersive experience), handled all my messaging and Internet needs and even doubled as my main torch (the N93 has a dedicated LED flash on/off switch!) to read by in our tent in the evenings.

The limited appeal of the N93 (i.e. to geeks and journalists!) resulted in it getting short shrift from Nokia in terms of support and firmware updates stalled well over a year ago. There was a half hearted attempt to improve it, in the disappointing N93i (terrible screen in sunlight, horrible mike placement), but the N93 had to be content with being a highspot in S60's history.

But number 1 in this Top Ten? Yes. Because, to this day, almost two years after it was announced (an eternity in the smartphone world), the N93 is still winning benchmark comparisons, still the only Nokia smartphone with optical zoom, still the only one capable of taking high quality video sound, still the best for TV-out demos/gaming.

PS. You'll recall that I still shoot the Smartphones Show on the Nokia N93 - a testament to its quality and longevity.