Taking storage for granted and 'The Importance Of Backups' part 362

Steve Litchfield muses on how far we've come in terms of data storage and sounds a few anecdotal warning bells.

Yes, yes, you've heard plenty of old timers talk about the early days in the computer world, but bear with me. When I started out in the Aerospace business (1983), the hard disks used by our minicomputers were of the order of 10MB, they required an air-conditioned room, they weighed several kilogrammes, made an absolute racket and cost a fortune.

Contrast that to today, with hundreds of Megabytes being given away as freebies by newspapers and at conferences, with 8GB (i.e. 8000MB) now available in microSD form, on a solid state sliver of silicon that I can barely see and that weighs around a gramme.

So let's get this straight. In 25 years, I've seen capacity go up by roughly 1000 times while disk mass/volume has gone down by around 1000 times. So around a million times more efficient, then.

But the problem is this. I knew how the old technology worked. When the engineer came to 'service' the hard disk (i.e. clean the platters), he took the top off and I could virtually see the individual bits and bytes on the magnetic surfaces (ok, slight exageration here, but at 10MB for a 12" platter it's not that far off). It was easy to see how the data was actually being stored and to have some appreciation for the risks of the process.

As a result, I learned to be hot on backups. You backed up important files every day, and then you did bigger backups of everything once a week and then once a month you took the weekly backup tapes and archived them in a cabinet. And then once every three months you took a monthly set and took them off-site. And so forth.

I had a shock yesterday. One of the video files I was creating for Smartphones Show 49 went missing on my PC's hard disk.  And I mean missing. It just vanished. No sign of it in the recycle bin and a disk check didn't magically bring it up from a corrupt file table. These things aren't supposed to happen.

And then I had another shock. On my Nokia N95. A video file of a gig  that I'd played came up in RealPlayer as 'Corrupt: unable to play clip'. The master file on the PC was thankfully OK, but the version on my new 6GB microSD had mysteriously become corrupt. These things aren't supposed to happen.

Yet they do. The data density on modern hard disks and on modern flash cards is now so ridiculously high that we're starting to push the boundaries of the physical state of matter. 50,000,000,000 individual bits of data (i.e. 6GB) in a sliver of plastic only a few millimetres in each dimension means that memory cells must be really, really tiny, not that far off from dealing with silicon at the atomic level - which is pretty scary. 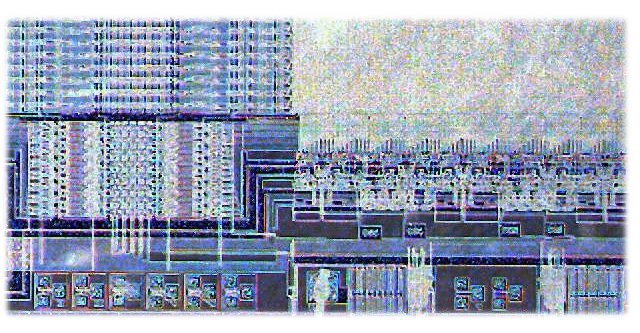 Given the random nature of matter at this level, perhaps we should be not at all surprised that things go wrong sometimes and surprised that things work as reliably as they usually do. Things can only get worse as memory densities rise further, although you'd hope that redundancy (along the lines of commercial RAID hard disks) will start to be built in, so that storage cards can somehow 'heal' themselves.

Which brings me back, yet again, to the subject of backups. If you've got tired of hearing this sermon then I still make no apologies. The bottom line from the rant above is that you can't trust hard disks or solid state media, no matter how reliable they are for most of the time. If any piece of data, if any file, if any photo or video, is important to you then back it up - make a copy on another media, preferably two copies, sync it to your smartphone/PC (as appropriate, copy it onto another card or CD, whatever it takes.

The best way to work out what to back up is to imagine that your desktop or smartphone just went up in smoke, with no warning. Think about what you had on the broken device and there will be items where you'd think 'Oh, **** [insert expletive of your choice], how am I going to get that back?' These are the things to back up.

2008 will be the year that every single person reading this experiences some form of data loss on a hard disk or memory card. Make sure that this occurrence is only a temporary irritation and not a catastrophe.

Filed: Home > Features > Taking storage for granted and 'The Importance Of Backups' part 362