My Top 10 Reasons for Staying with Symbian

I was asked a very good question last week: "Why do you stay with Symbian when there's a world of wonder with iPhone and Android?" I have to admit to finding a number of positives in these other platforms, sometimes accompanied by positives in their hardware, but it's true that I do keep coming back to Symbian as the OS powering my smartphone-of-choice. Investigating my own leanings and trying to justify them, read on for the top 10 reasons why I stay with Symbian.

NB: I'm not blind - I could probably also write a 'top reasons' article for staying with, or moving to, any of the other smartphone platforms, but I seriously doubt I'd get to '10'. In some cases, the list might be as short as 3 or 4.

Yes, yes, I know Symbian doesn't make hardware, but as an observer of the mobile scene for many years, I can state that much of the cutting edge hardware has had Symbian inside. In part these two factors might be related, since high specification cameras (for example) are made easier to integrate by using Symbian (why do you think that the smartphones that can record HD video so far have been Symbian-based).

The competition are starting to catch up, at the top end, anyway. The likes of the iPhone 3GS and upcoming iPhone HD and the brand new HTC Incredible all get in the same ball game as some of the Symbian licensee/partner hardware. But in general, if I've wanted real component quality, I've done best to look in the Symbian world first.

Never mind jokes about Nokia setting up different devices in different ways, potentially confusing new users, one of the biggest benefits of getting a Symbian (née S60, in this case) device is that you can set it up more or less exactly as you want. From different homescreen layouts to thousands of different free third party themes, from moving every icon into any folder to creating new folders as needed, from changing every attribute of your phone's profiles to altering the fonts/sizes used throughout the interface, to name but six ways of making your smartphone your own, I can't think of another platform which offers the same degree of overall customisation for the discerning owner who knows what he or she wants. 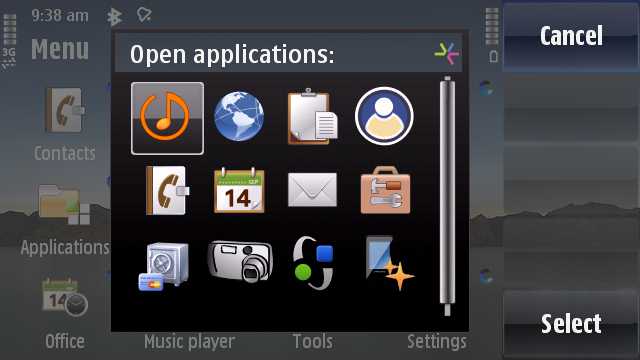 3. Used in a wide range of form factors

Perhaps because of its wide-ranging heritage (the early Symbian smartphones were divided into qwerty clamshells [Series 80 interface], touchscreen slates [UIQ interface] and numeric keypad one-handed candybars and sliders [Series 60 interface]), there has always been a tremendous choice of form factors in the Symbian world. Even today, with S60 as the only interface, the three form factors just mentioned still exist - and now adding in front-facing qwerty candybars and touch/qwerty hybrids. So that's six different form factors in all, far more choice than for any other smartphone platform. 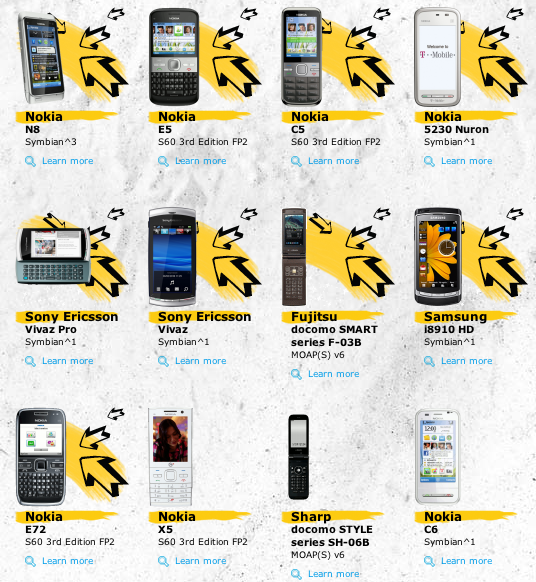 In the tech media, understandably, there's a disproportionate focus on the high end, which currently centres on the larger screen monoblock touch only form factor, but it's important to remember there are many who want to use something else. For example, thinking about non-touch smartphones, Nokia utterly dominates the market (E72, E52, N86, etc.), with the entprise-focussed RIM the only other major player.

Critics of Symbian are fond of calling it 'old' and even 'obsolete', an argument I'm utterly perplexed by. This is in contrast to the likes of Android, iPhone OS and Web OS, all of which are still being added to? Routines and functions which were implemented in 2005 in Symbian OS are only now just being added in to some of its competitors. And I'm not really talking about user interface niceties like copy and paste - I mean the middleware. The connectivity functions that take time to write and test.

Have you ever tried Bluetoothing files and media around between a desktop computer and any non-Symbian smartphone? Exactly - it's often a nightmare. Whereas almost every Bluetooth connection between a Symbian phone in my care and.... anything else has nearly always worked first time. Another example: 'tethering' has been possible in Symbian for at least 6 years, it's only now just arriving on Android

The same goes for VoIP, general telephony, cellular connectivity, file system management, and so on. Note that each manufacturer's user interface on top of all the OS goodness is not always perfect, but this shouldn't take away from the depth of the operating system and functionality under the hood.

One area where Symbian (and SIBO and EPOC before it) has always been strong is power management. The first Psion palmtops ran on 2 'AA' batteries for a month. Since then, of course, a hundred new ways of draining a portable device's battery have been invented, but the underlying frugal nature of Symbian is still there at heart. Look at the Nokia E55 or E72, for example, both of which are smartphones in every sense of the word (including qwerty, GPS, Wi-Fi, and so on) and both of which will happily go through several days of serious use on a single battery charge. 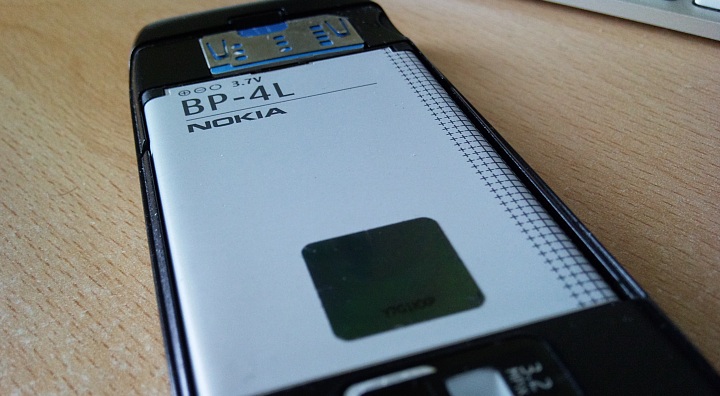 The concept starts to run down when we include the large-screened touch handsets, mind you - the laws of physics dictate that the power to drive that screen, interface and (usually) always-on 3G data, has got to come from somewhere - but devices on all platforms face similar battery life issues - it seems a nightly recharge is de riguer for most. The efficiencies of the OS get a little lost amidst such huge power drains, but even in 2010 I'd still bet on like-for-like battery life tests favouring a Symbian handset.

Nokia made a huge leap of faith when it bought and then immediately open-sourced Symbian OS. Whether this was a sound financial decision isn't my area to judge, but the resulting open OS (it took a couple of years from start to finish to actually achieve the transition) is certainly leading the way in terms of openness to new ideas, new runtimes (Ruby, Flash, WRT, Java, Python, and many more) and new services. It's true that not all the building blocks are in place yet, but we're only months away.

Symbian has also always been open to applications - from anywhere, not just written in any language. Many a time I've been able to browse the Web on my Symbian smartphone, looking for a particular tool - I find the install file on a desktop-formatted web page (for example) and am able to download and install it directly, with no need for a desktop go-between and no need for the tool to be part of a recognised app store.

Before Symbian OS 9 arrived (2005 or so), security on Symbian wasn't bad. There was full port masking when online and the only way you could pick up something malevolent was by deliberately installing apps from 'warez' sites. Or by accepting multiple install requests to something someone had 'sent' you. Not a huge issue overall. But Symbian OS 9 represented a watershed in mobile security and one that has been widely copied: 'Platform security' meant that apps now had to be 'signed' according to the functions they wanted to use in the phone. So higher capabilities were needed for apps that could do potentially troublesome things.

All of which also knocked 'malware' on the head completely. What had been a minor irritation before OS 9 was now a non-issue. You'll still find 'anti-virus' apps for Symbian online, but they have nothing to detect. Someone writes a malware app? It won't get signed, so it can't be installed with the capabilities it needs to do damage.

Yes, iPhone OS is possibly as secure - though there's a large number of people who have 'jailbroken' their iPhones, rendering them insecure. In contrast, the number of people who have jumped through significant technical hoops to 'hack' their Symbian phones is possibly as low as 0.001% of users - each of whom is geek, knowledgable and unlikely to install malware in the first place. Again, security on Symbian is as tight as it's possible to realistically be in the open world of 2010.

This is the only one of my reasons that's only 90% positive. Having used Symbian for so many years, there's a healthy degree of familiarity with it, for me. I know where things are in the apps and settings, I have a library of favourite third party apps that I know will work, I know how to sync my Symbian PIM data to any of my desktop computers. It's a walk in the park compared to learning, adapting, tweaking and scrounging, which is what would need to happen to move to another platform full-time. Is this me being lazy? In part yes, though I'd venture to suggest that I'm not atypical here. 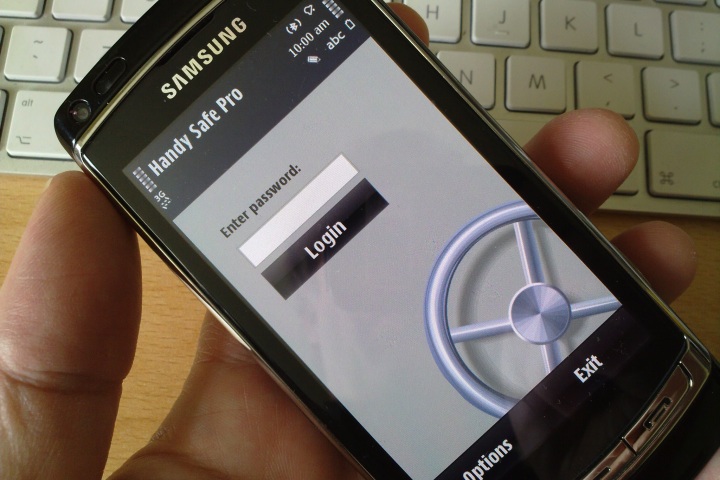 There's also a degree of lock-in. The degree to which this is true depends on the person and the apps they use, but in my case it's Handy Safe Pro. It's a fabulous secure database, for storing all my passwords and PINs and reg codes. And it syncs this data between all my PCs and all my phones. But there's still no reliable and automated way to get my 1100 content items out in any kind of immediately usable form - so I'm locked in. Happy enough - but still imprisoned 8-)

Yes, this is also down to manufacturers and not the OS itself, but price is an issue for almost everyone. This is slightly affected by Symbian now being an open, license-free OS (and so no company needs to pay to use it or recoup this cost in hardware) - but is mainly influenced by the lower Bill of Materials (BoM) for a Symbian smartphone than for a similarly specified smartphone with (say) Android inside because less chips are needed, less RAM (on the whole) and a slower, cheaper processor. The price difference is even more marked when comparing like with like, when looking at more proprietary smartphones running Web OS, Windows Mobile, iPhone OS and so on.

For the user (in this case, me), this means that a Symbian-powered smartphone is liable to be cheaper to buy initially (or cheaper on contract each month), plus cheaper to replace when the time comes (or when I lose it or break it).

Note that my aim in writing this article wasn't to state my membership of the Symbian fan-club, but to honestly give a reason for my personal preference for Symbian-powered phones today and in the past. What of the future? None of the above reasons are going away, though the rise and rise of the little green robot and 'Big Brother' iPhone OS are at least giving me cause to glance across the rest of the smartphone world.

Filed: Home > Features > My Top 10 Reasons for Staying with Symbian