Why was there nothing stunning at MWC this year? That's because everyone is hard at work for the 2009 show, or so Ewan thinks... 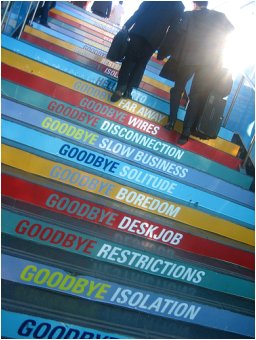 As the Mobile World Congress draws to a close, a lot of people are going to be wondering where the big advances were; the big story; the something stunning that will change the mobile phone landscape for the rest of the year, keep interest high and drive sales as the world teeters on the brink of a recession?

And a lot of them will be casting an eye back to January 2007 and the announcement of the Apple iPhone and wondering why nobody has reacted to it? It's not because they want to send Steve Jobs to Coventry and not draw any attention to areas where the iPhone is strong (e.g. the user interface), but because the product development and associated lead times are incredibly long in the smartphone market. Even a planned move into touch screens such as the S60 touch initiative will need at least 18-24 months. I'm pretty sure that these were being worked on as the iPhone was announced (though you can bet that a lot was reevaluated in the light of iPhone news), and there were hints at the Go:Play event in September last year.

This is why this years crop of phones from the smartphone players were by and large iterative devices. They were all a little bit better than their predecessors - a little bit more memory, a little bit more camera, a little bit more software and services, and a little less battery power (harumph) - and in some cases that's enough. There's already a definite line forming between people champing at the bit for the N96, and those that are thinking they'll stick with an N95 [8GB] for a little longer.

Looking down the major Symbian players, Nokia gave us four devices, all of which can be regarded as ‘Model X plus 1,' the N95/N96 as above; the N78 is what the N73 needs to be for a modern device; and your 6210 and 6220 slot nicely into the mid-tier consumer market. The only surprise was the lack of any updated Exx enterprise devices - maybe these will have to wait for the more busines- focussed CEbit or CTIA Wireless shows at the end of next month. 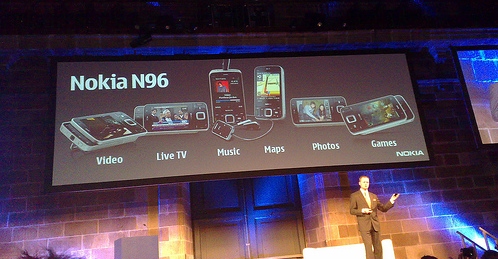 Sony Ericsson seem to have taken a backwards step (or woken up and smelt the coffee) with the G700 and G900 devices - the big news is they've added a d-pad to the hardware interface - something that they've been resisting for years and something we've been looking for in every review of recent UIQ-powered devices.

Samsung and LG showed off new S60 designs, and at some point we'll see these in the hands of the public. Till then they still appear to be research products, put out to limited marketplaces to learn more about the smartphone space via tens of thousands of users.

And Motorola are in the middle of deciding if they really want to be in the market at all, it seems.

Which means that all the funky stuff, all the revolutionary, reactionary stuff that was on the drawing boards, is either still there, or in small mock-up devices. The most visible of these, the new touch and sensor technology on top of S60, isn't scheduled to be around on devices till late in 2008; and you have to assume that this will form a device announcement at the end of Q3 for a device to physically debut in shops in 2009...

So the Mobile World Congress in 2009 is going to be when we're going to see the bang-wow new concept stuff. This year was almost a placeholder to a certain extent. Everything continues to run smoothly, we're all moving forward... but Barcelona next year? Just you wait.

Of course by then we might have seen a new Apple iPhone the month before at MacWorld 2009, but hey, "that's amore!"