Looking beyond 2006 - the smartphone is dead, long live the phone

Steve Litchfield sees the death of most other form factors and devices - make way for the all conquering phone...

But first that dramatic headline. The smartphone is dead, long live the phone. Come to think of it, the iPod will be dead shortly afterwards as well. And within a few years the camcorder. The desktop PC will fall as well, but that's perhaps ten years away. It's inevitable, you see. Despite those sulking in the corner, proclaiming that they prefer 'two (or even three) box solutions', convergence is marching ahead regardless. 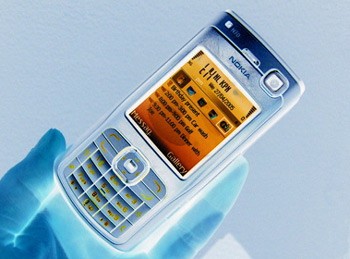 It would have been just as easy for telephony to have been integrated into something else popular, such as an iPod (or similar), but the fact is that the 'phone' got there first. As of about five years ago, just about every human being on the planet over the age of 10 (and, increasingly, a large number under that age) owns a compact, multifunctional piece of high-tech - a phone. So sales figures of 50 million iPods pale into insignificance besides phone sales (into the billions).

What's also increasingly obvious, despite the efforts of technology enthusiasts like you and I, is that the definition of what makes a phone a smartphone is becoming increasingly woolly and hard to hold on to. My original definition - using the fact that a smartphone will run an extensible operating system - is seeming more and more like splitting hairs, with middleware runtimes like Java, Flash, Opera Mini and even Python, providing sufficient base for applications and ideas presented to end users. Yes, we all know that native C++ apps running on top of Symbian OS provide more oomphh for real power applications, but I suspect that the mass market doesn't actually need to know this.

So terms like smartphone, mediaphone, featurephone, PDAphone will all gradually fall into disuse, to be abbreviated simply to 'phone'. Middle to high end phones will undoubtedly be powered by Symbian OS and Series 60 3rd edition or UIQ 3 (or Windows Mobile 5 or 6), but - just as today in 2005 - the majority of people buying a top-end phone will simply see the bullet point features and program compatibility, the tech details beneath the hood will probably remain unrecognised.

With the trend towards convergence continuing, with the phone as its focus,we'll see iPods and other standalone music and media players being more and more relegated to being niche products. Yes, the thought of iPods as being niche seems incredible today, but when everybody's phone plays stereo music and has enough capacity for a couple of dozen albums, not that many people are going to want to carry around a separate device - it's simply one more thing to lose or get stolen. Of course, it's almost a dead cert that at some point Apple will launch an iPhone, or similar, but yet again it'll be the phone form factor that matters. We've all become so used to staying in touch wherever we are that you simply can't separate us from our phones.

Just as standalone digital camera sales are starting to tail off, with the majority of new phones more than capable of megapixel photos, the next few years will see camcorders meeting a similar fate. Yes, a phone is never going to be as good a camera or as good a camcorder as dedicated devices, but that's not the point. When most of us are simply shooting the kids on the beach or the grandparents on their birthday, the absolute quality is far less important than simply capturing the moment - something the always-with-you-camcorder is always there for. With today's Nokia N70 and N90 providing 'good enough' (352 by 288 pixel resolution) video recording, it's easy enough to see the potential here, even if it does take another two or three years for the same capabilities to become mainstream on phones.

The future of Mobile TV (DVB-H) on phones is not quite so certain, though I certainly wouldn't bet against it, once the relevant electronics become cheap enough to build in and once the required DVB-H coverage happens across Europe. Not that many people carry around miniature TVs now, but it's certainly a tempting bullet point feature, especially for quick news fixes.

Looking even further ahead, as MobHappy commented, Bill Gates demoed and Star Trek: The Next Generation showed (you just know all that stuff is going to come true one day!) the future will show us with (essentially) one all-purpose information and media device, even if a lot of the actual data is being streamed from some super wireless Internet around us. And I'd take a bet that this device will incorporate telephony and will look not unlike a smartphone of today. Your home 'PC' will probably be a flat panel on your living room wall, essentially a display device for your data and 'stuff' (most of which will be 'on', or controlled by, your phone).

Through the magic of Bluetooth, Wi-Fi and 3G data, none of which have reached their full potential yet, your phone is quite simply set to become more and more powerful, taking on more and more helping functions for your day to day life. I'm writing this article on my Nokia N70 smartphone on a weekend away, but half an hour ago I was using it to shoot video of the family, before that I checked my email and replied to a few messages, and I woke up to some Pink Floyd in stereo, followed up by a quick game of Virtual Pool. Plus it's a phone, it's got all my PIM and confidential data, several encycopaedias loaded and full street sat-nav, all loaded onto its expansion card. That's an awful, awful lot of functionality for a phone, but it's only the tip of the iceberg and it's all set to go mainstream in a big way over the next couple of years.

It'll just be my 'phone', then. And it'll just be a 'phone' to the man in the High Street. But the trends outlined above mean that it'll be doing a lot of jobs that previously needed desktop computers and half a dozen pieces of custom electronics. No point in calling it a 'smart'phone - the 'smart' bit will be completely and utterly implied.

Filed: Home > Features > Looking beyond 2006 - the smartphone is dead, long live the phone