Ewan (of all people) has had it up to here with people using the old Psion range of PDA's to beat up the latest smartphones. Just stop it, it's not big, or clever anymore. 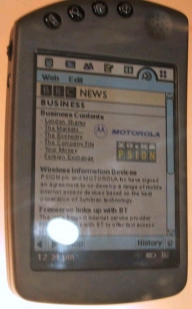 The Register's coverage of Nokia’s new E90 is the final straw. I’m just sick of 'power' users pointing out that these latest devices aren’t a patch on the Psion machines of the late 20th century, and "oh it was better in my day". You know what? It wasn’t.

Look, I’m as guilty as the next UK Tech Writer in remembering with misty eyes the good old days of the Psion. I used to have to do some of the most amazing repairs and data recoveries on Psions back when I was in 9-5 land and running the largest independent Psion tech support team of the time – devices ripped in half in motorcycle crashes, dropped in punch bowls at movie premiere parties, with damaged screens and no way to see to recover the information... Come on,  I was the one that screamed the loudest when OPL, the BASIC-Like Psion programming language, wasn’t ported up to version six of Symbian OS.

It’s Valentine’s Day today, and the last thing that you’re going to say to your partner is "you know, you’re the best thing in my world just now. But many years ago, there was another…"

Things move on, things change. Some things get better, some things get worse. If we continue to look back at the Psion through the rose tinted lens of history, we’re going to see all the good things about it, and we’ll continue to forget just how bad and frustrating it was as a machine. Frustrations that I worked with on a daily basis whenever the machine broke down, the user left his or her comfort zone, or both.

Synchronisation never worked effectively, to the level where you would trust it with your data without backing up first. Even with a backup battery, they were prone to resetting and losing data. Design-wise Psion never managed to overcome the fragility of the screen cable (when they did find the right material they put a mounting hole right through the weakest part of the design, pretty much ensuring a short mean failure time). 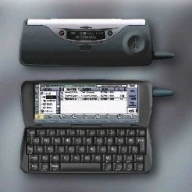 And while the on-board software may have been best of class (and arguably, the word processor and agenda are still as functional today as Outlook) they lacked certain obvious features. A decent range of import and export filters were never available on the device – you had to rely on the frankly awful PsiWin Windows connectivity utility. The email client never handled IMAP mail beyond the inbox. Your choice of web browser required either too much memory (Opera) or 60 seconds to render two HTML tables (the Psion STNC browser).

Going with an LCD screen, and a touch screen layer, and an electro luminescent backlight, and a tough panel on the top to protect it all, meant that the glare and clarity of the screens on the later models never matched up to the first units. Imagine a device range where the screens get worse as time goes on.

I can hear a certain (small) group of AAS readers now all ready to stand up and say "ah, but". You know what? Try saying "Ah, but" about the Nokia, SE and Motorola devices that are available now. Strangely you don’t. I don’t. We just shout loudly at why there isn’t enough RAM, or why does the menu button not work the way it used to work on the 5mx. And yes the Psion did have some good areas. The patented keyboard mechanisms; the battery life (35 hours active time on two AA cells). But the MS-DOS powered HP 200LX had some good ideas as well. As did the Apple Newton. And the Acorn Electron. To continue to use Psion as a clue stick for the modern smartphone is just plain wrong. 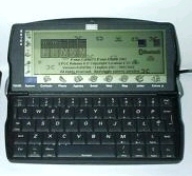 Sales figures alone show that Psion was nothing more than an ultra niche machine. Over the life of the two main device areas (the Series 3 and Series 5 ranges) Psion sold in the region of two million units over the ten year period 1991-2001. Nokia sell that many S60 devices in about 3 weeks. Or to put it another way, Nokia sold more N-Gages than Psion sold computers.

If the people who helped build the Psion have moved on from that platform to Symbian 9.1, then we should join them, stop inflicting the views of the thousand Psion die-hards left on the 100 million Symbian OS smartphone owners out there, and realise that perhaps the idea of a small clamshell pocket computer never reached the mainstream, and never will.

Steve's opinion: Disagreeing with Andrew at The Register, I've a feeling that the new E90 is the one device that the remaining ex-Psion users looking for a 1 for 1 replacement will flock to. The E61 and 9500 wre both flawed when seen from the archetypal Psion rose-tinted perspective, but I think with the E90 here, we will never talk about Psion again.

Steve answers your question about the Nokia E90