Guest writer Nico brings the site a little extra retro action via the QWERTY-equipped Nokia N97 and N97 mini, 13 year old hardware rescued from an attic and pimped for 2022!

I was so happy when I found in a box in the attic my two jewels of the past, Nokia N97 and N97mini, from 2009. I forgot the main reason why I bought both, 13 years ago: the heavy criticism that accompanied the release of Nokia N97, the missed “iPhone killer”. 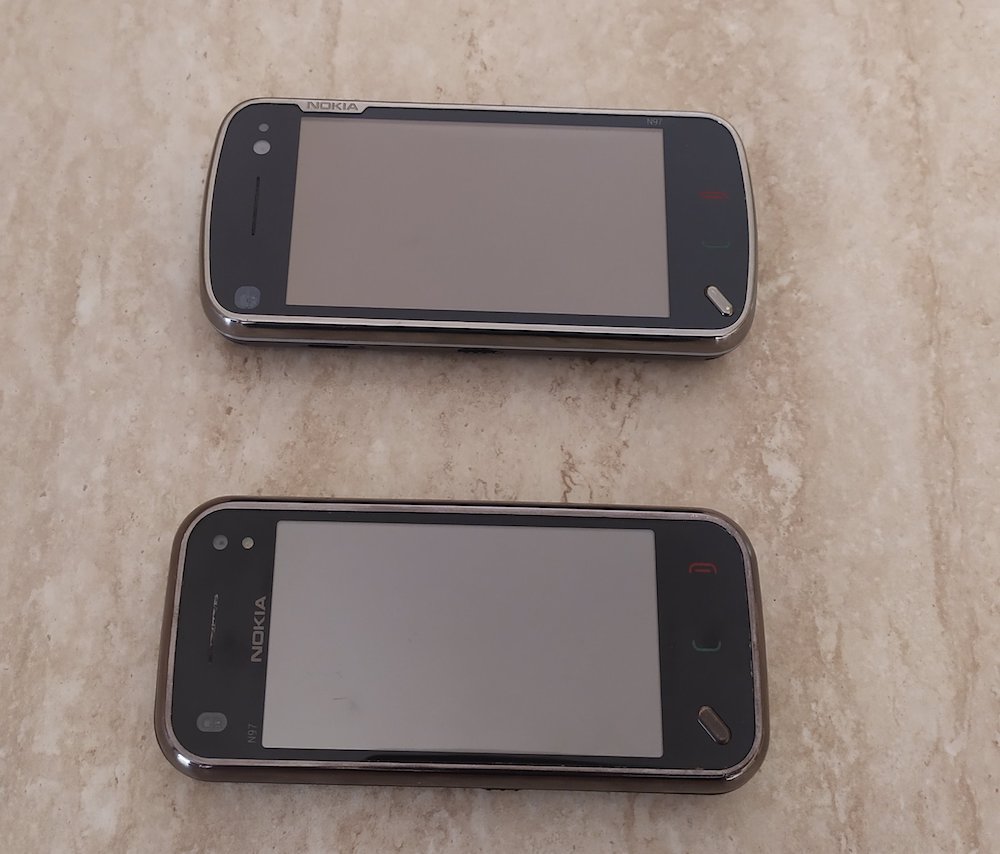 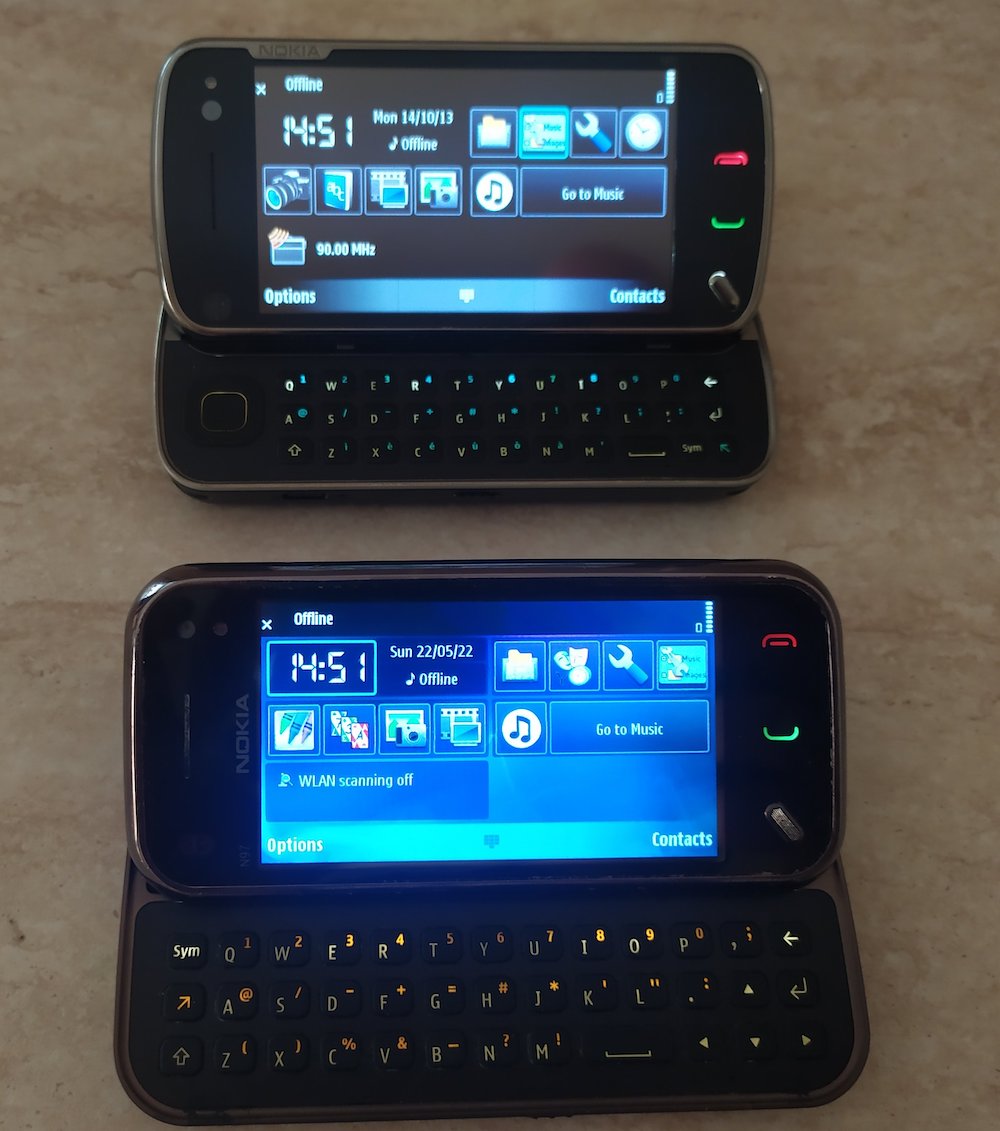 N97 was blamed at that time (see, for instance, the article: Flashback: Nokia N97 was an "iPhone killer" that helped kill Nokia instead, and Steve’s article: Why the Nokia N97 sucks... and why it still rules) mainly for the choice of a resistive touchscreen instead of a better capacitive screen, and for lacking internal storage space (system disk, C:\) coupled with poor RAM support.

The internal space (main C: drive) amounts to 73MB in N97 and at that time it was considered barely sufficient, since most of that space was then used for the system and Nokia apps.

So Nokia came up with its junior sister model, the N97 mini: a pocketable, slimmer and lighter phone with metal back cover and 4-times better internal storage, with 276MB.

So, which one is better? Seen from 2022, the supposed shortcomings of the N97 do not seem anymore overwhelming, time did it justice, and now in terms of performance the two devices are quite similar.

All in all, the two sisters have more in common than meets the eye:

Despite all these similarities and the earlier criticism of the N97, the best for me remains that original Nokia N97, because it has:

Moreover, in todays' view, the lack of space in C:\ system drive for N97 is no longer a problem. Many built-in apps are now obsolete and most of them had heavy internet widgets for the Home Screen. Since their server addresses are broken in 2022, I simply uninstalled them completely. I was able to get 53MB of free system disk C: out of 73MB available in N97. 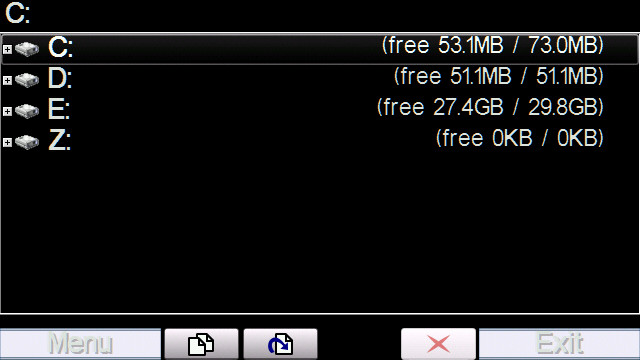 The true point of concern is that both N97 and N97 mini are RAM-hungry devices.

In the case of the N97, the latest firmware solved many performance issues, and today, in both devices, a good solution is to uninstall the pre-installed apps.

You can also save more RAM by carefully selecting the UI Theme: the lightest is the third-party app “justBlack” (or “justWhite” variant) Theme, which uses hardly any RAM, as Steve suggested in his “pimping guides” for the two devices:

With all these hints and pimps in place, I was able to reach 60.6MB RAM free on fresh start on the N97 and 56.7MB in the N97 mini, values that prove how well the latest firmware really helped N97 gain overall performance. 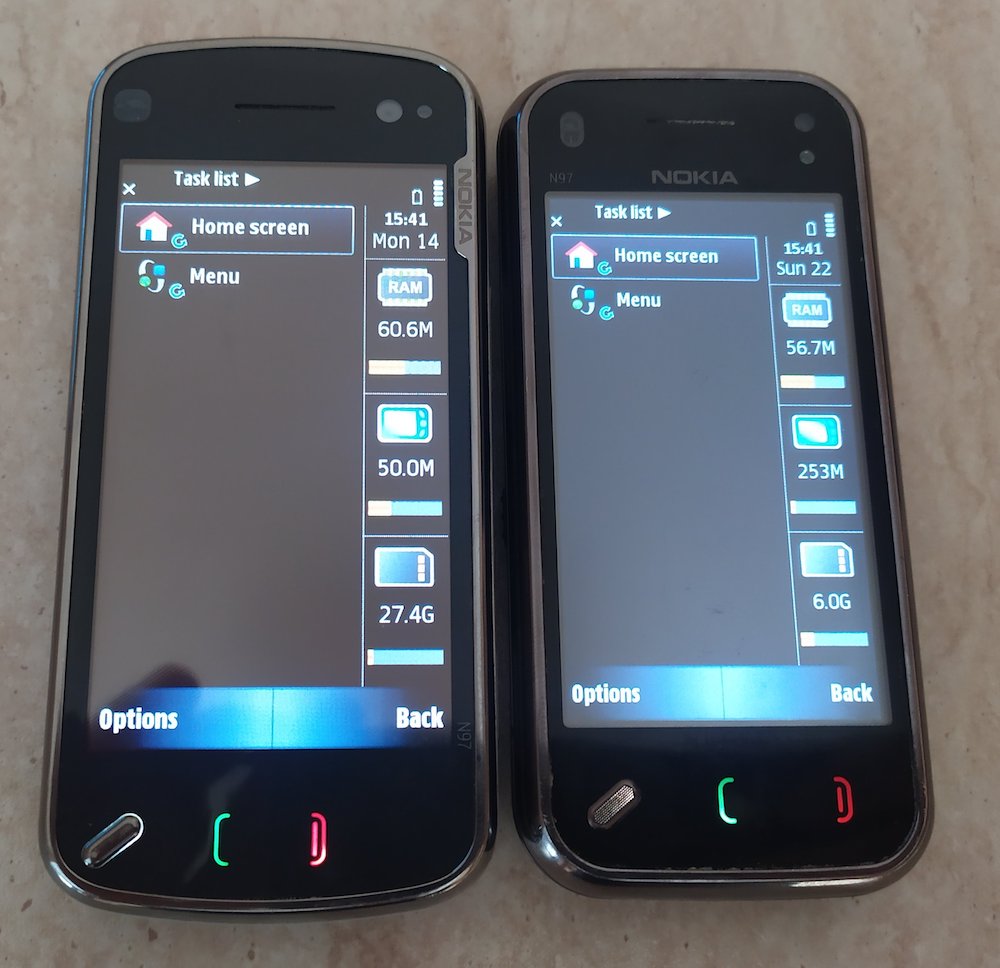 And with its 32GB of internal storage, feel free to put all your music and video content onboard the N97 and enjoy it for summertime 2022!