For years people have praised Google's 'HDR+' (and then 'Pixel Camera') image handling and processing. Originally designed for Google Glass, to make a terrible, tiny camera produce good results, the multi-frame algorithms worked wonders on many phone cameras too, even by side-loading onto generic Android hardware. The system was much copied by all other phone makers, so that multiple frames per image is now commonplace. However, Google's imaging hardware has been lacklustre, even poor, in the last year, so it's a great relief to see all that good software now paired with genuinely competitive camera hardware. So, ahead of my various review tests and comparisons (versus iPhone, Sony, and yes, Lumia), I thought I'd 'focus' in on what's under the hood in my review Pixel 6 Pro...

I do realise that by itself the Pixel 6 Pro camera hardware isn't unprecedented (S21 Ultra, Xiaomi Mi 11 Ultra, etc), but it's right up there and for the first time it's inside a 'pure Google' Pixel, with official algorithms and updates for five years from Mountain View. Which I think is something to get excited about.

PS. It's early days for testing and I'm battling UK late Autumn gloom for the most part, but hang in there and I'll get some comparisons online.

A good place to start is the physical unit itself. No, not the phone, but the actual set of components, see the screengrab below. Things to note:

In terms of specifications for the three, we have, in order from left to right in the image above:

Breaking this down, we have a laser focussed, pixel-binned main sensor that's almost as large as that on the Nokia 808 back in the day, yet with OIS, massive processing power, and (hopefully) great algorithms to knock images into shape. (You can view the smartphone's full official specs here.)

As the user zooms, I'd expect 2x to be fairly 'clean', with judicious smart-cropping into the Quad Bayer sensor - this doesn't get done very intelligently on some cheaper phone cameras, but I trust Google here to get it right. From 2x to 3.9x, we're talking lossy digital zoom but with (in theory) Google's 'Super Res Zoom' system (using frames from just before and after the main capture point and using natural hand shake (however slight) to add in pixel data that would otherwise have been lost).

Then from 4x, we have the periscope camera taking over. Again, extra levels of zoom should be possible with smart cropping onto the second high megapixel sensor and adding more Super Res Zoom data. I'm expecting 10x zoom to be practical in real world shots, which will be impressive.

The really interesting thing to test will be how good (or bad) the software zoom sytem is around 2x and 3x, since these are the most common zoom factors used in day to day shots. (4x and above, you're 'reaching' for things, usually wildlife - I'll see if I can find some squirrels!)

The ultra-wide has been criticised for not being 'wide enough', but it seems fine to me - go too far down this route and your subjects distort too much.

The phone has had several updates already, but I don't believe any have addressed the camera system - that will come in a month or two, after more real world data and images have been amassed. The most complaint from early reviews is that the image processing emphasises HDR processing too much - understandable, but the clue was there in the original name of the software, i.e. HDR+. But it's true that with such a monster sensor there's no reason to put so much enhancement into the JPG photos - after all, Google isn't compensating for a poor sensor here, it can let more of the natural quality shine through. 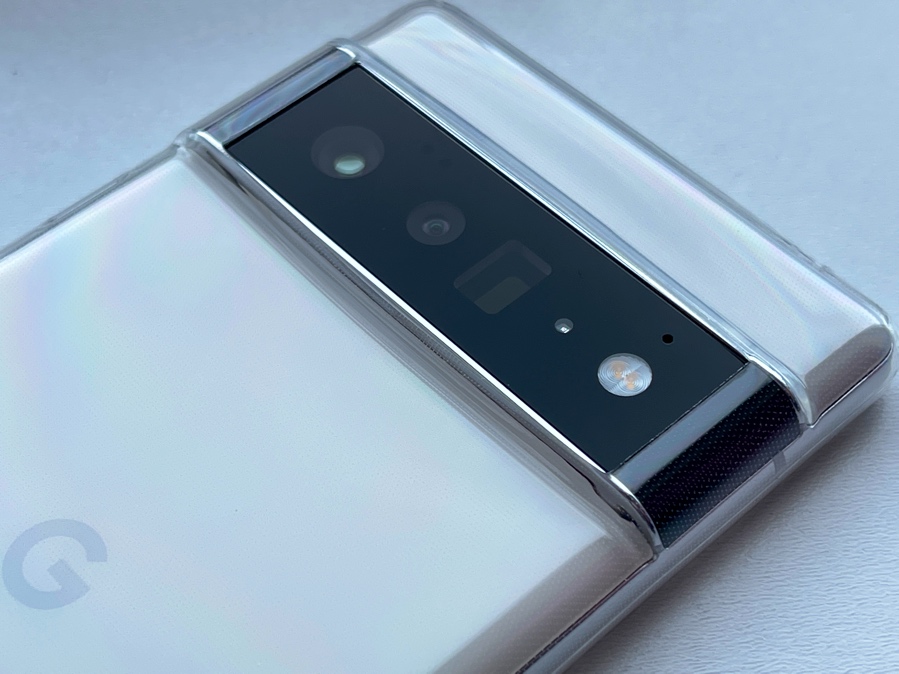 To whet your appetite for an imaging comparison feature - and for cat lovers(!), here's our neighbour's notoriously twitchy cat this afternoon in brief weak winter sun. First of all with the main sensor (easy, I know), and then, more impressively, at 4x from about 2.5 metres away. 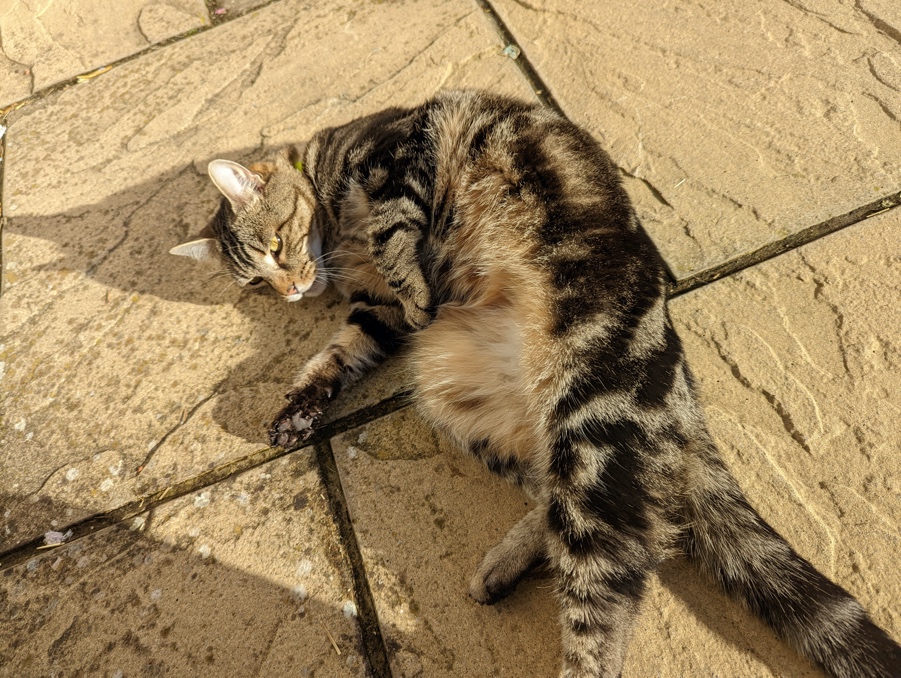 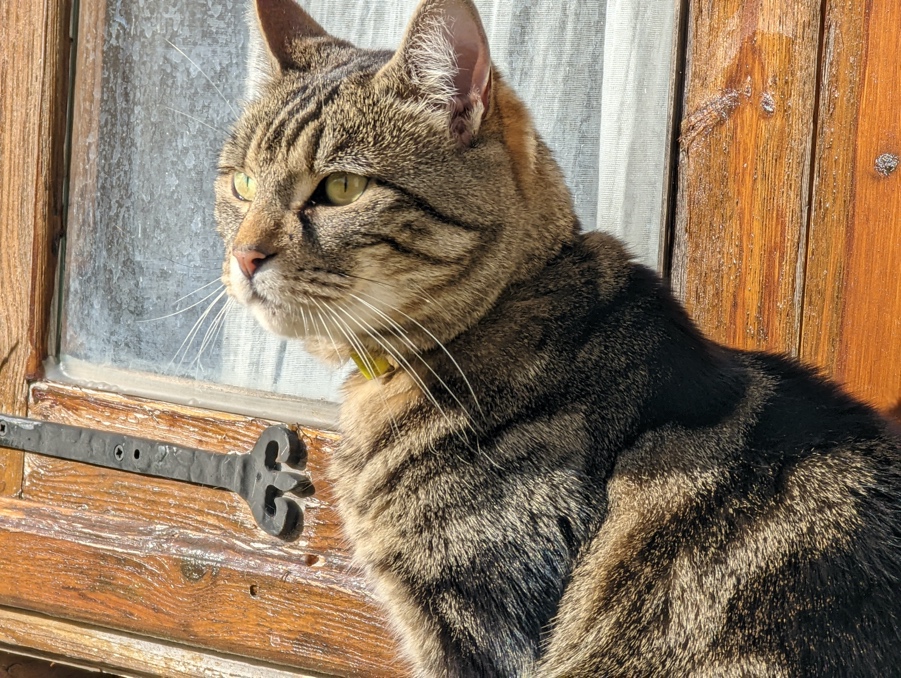 The interesting thing so far in my testing is that, aside from the cameras featured here, the Pixel 6 Pro is actually rather boring as a phone (screen, speakers, processor, RAM, it's all utterly generic). But I'll come to that more in my video - and probably textual - reviews, plus boring is good when Google's behind all the software, when there's no bloatware or spyware, and there are no unpleasant surprises.