A blast from the past, but I had the pleasure of interviewing Juha Alakarhu on my most recent Phones Show Chat podcast, published yesterday and embedded below. Juha is, of course, the man who co-crafted the cameras in the Nokia 808 and Lumia 1020 (and various Nseries and the Lumia 950 before and after) - and is respected as something of an imaging guru in the industry. Do have a listen, he reveals some of the background to the two champion 41MP camera phones, including just how hard the 1020 was, in particular, having to combine the 808's power with the expected OIS after the Lumia 920's release. 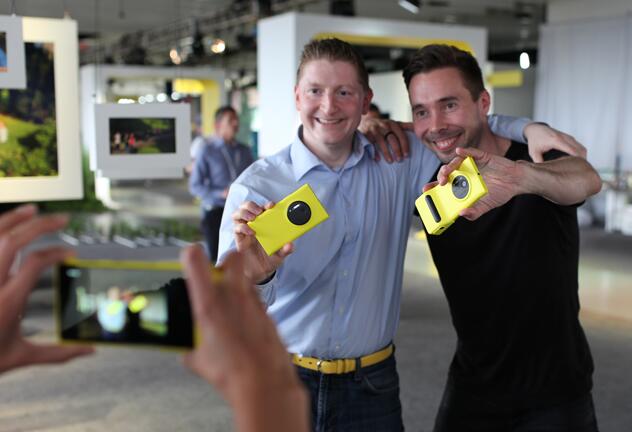 My Phones Show Chat podcast is, of course, the companion audio chat show to my main video series, The Phones Show.

To save you looking too hard, I've put episode 560 below (it'll probably open in onther tab), the half hour with Juha starts at about the 24 minute mark:

(If the embedding goes horribly wrong, then see the podcast home page here. Show 560 was the one dated 24/5/20... Or grab the MP3 directly here. Or - best of all - just make sure you're subscribed to the podcast using its RSS feed or iTunes listing?)

Lots of interesting tit-bits then, including plans for:

We also cover Juha's start at Nokia, how the 808 was conceived, the challenges facing the 1020, and what Juha has been up to since Nokia/Microsoft.

My thanks to Juha for his time - I do plan to get him back on in the future to chat more about his involvement with PoLight, which seems to be a potential imaging breakthrough in terms of focussing speed and power.