Having shot a whole batch of test photos/scenes for AAWP, I couldn't resist including the venerable Nokia 808 PureView in the mix - I thought it would be interesting to see the imaging progress made by other manufacturers in the four years since the 808 was first announced.

Happily, the Nokia 808 is very happy shooting in 8MP in one of its 'Creative' modes, so I was able to match the output resolution pretty well with the S7 edge's, making direct comparisons easier. Following the same pattern as the AAWP feature and using my original Lumia 1020 images for overview/reference...

As usual, my tests span a wide variety of subjects, distances and light levels, trying to really exercise the range of these devices. And as usual, click any 1:1 image crop in order to download the original JPG, e.g. for your own analysis. Plus I'm scoring each image/crop out of 10 as we go along, in order to arrive at a definitive winner.

Test no. 1: Into hazy sun, landscape

A regular subject of mine, the Herald at my local aviation museum, here shot into hazy sun to see how the phone cameras would cope. Here's the overall scene (as shot by the 1020): 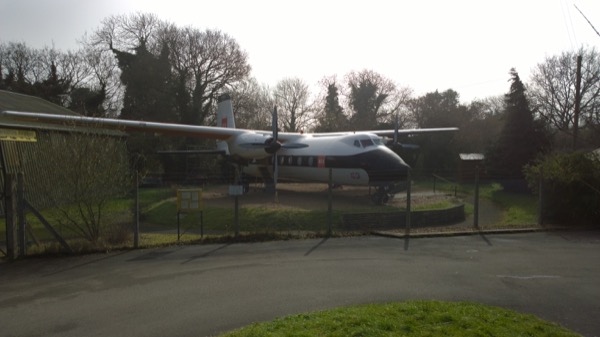 The images here do a good job of showing off the various imaging priorities, at least in terms of algorithms. The Nokia 808 PureView photo is very natural and realistic, while the S7 (edge) adds large amounts of sharpening - the aim for the latter is to look good on the phone screen, to the user, whereas the 808's shot looked dull on its own screen yet superior here on the level playing field of a web page.

Always a test of how good a smartphone camera's algorithms REALLY are, looking at the incredible textures and fragile detail in nature, here set against a pure blue sky. Here's the overall scene (as shot by the 1020): 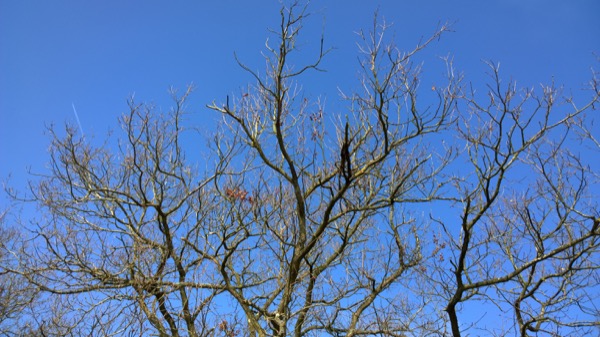 The differences in algorithms are just as pronounced as for the plane example. Here you can see the effect of the Samsung Galaxy S7 edge's sharpening on a subject which has fine detail. When you look closely, the effect is really, really ugly. In contrast, the Nokia 808, even at pixel level, feels almost like you're looking through a window at reality.

A tiny, delicate flower, lit by the sun, very tricky to get the focussing right - the 808 was hardest because of the larger optics. Here's the overall scene (as shot by the 1020): 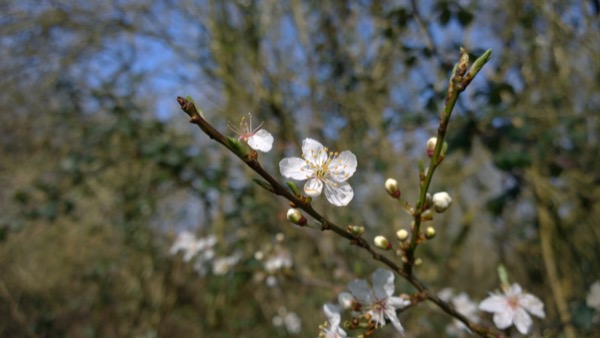 Here are the crops from, in order, the Nokia 808 PureView and the Samsung Galaxy S7:

The 808 had to be backed away and PureView zoom used before I was finally able to lock focus, this is the Nokia 808's bête noire - and although it looks OK on the phone screen, you can see from the crop here that the focus still isn't perfect and that the white petals are over-exposed. The S7 took a couple of tries to get focus, but the result is outstanding. Perhaps over-sharpened still, but the subject needs it in this case, I'd argue.

Really, really hard to get focus on the delicate web and not on the background. Here's the overall scene (as shot by the 1020): 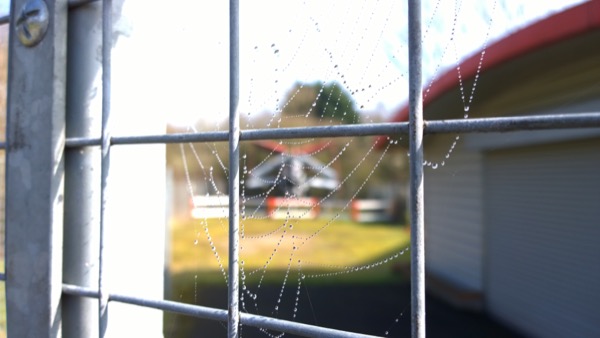 There's a certain artistic beauty to the Nokia 808's photo, but it's clear that focussing for this macro shot wasn't right, yet again, while the S7 manages to nail the focus and capture more detail, even if some of this is artificial. I have to dock the S7 a point for me having to trick it into focussing in the first place though - the very fast auto-focus kept wanting to switch to the background!

Time to use the zoom facilities in each phone camera properly, shooting the front of the Gannet from the museum fence - about 30 metres away. Here's the overall scene (as shot by the 1020): 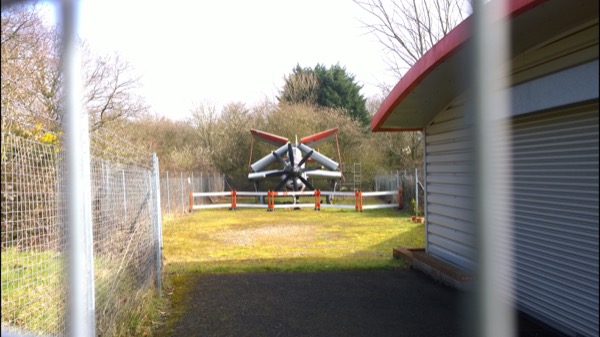 And here are crops/links from, in order, the Nokia 808 PureView (using its 2.5x PureView lossless zoom) and the Samsung Galaxy S7 (using mainly digital zoom):

It's not all doom and gloom for the S7, as we'll see below, but its results with even a little modest 2.5x zooming, as here, show approximations to detail and - again - a very ugly representation of the natural world - look at the bushes behind the plane. The Nokia 808 is the clear winner in this sort of zoom test - as you'd expect.

Low light is where the going gets really tough for camera phones, of course. In this case a table lamp with 40W bulb and a guitar in the foreground. Here's the overall scene (as shot by the 1020): 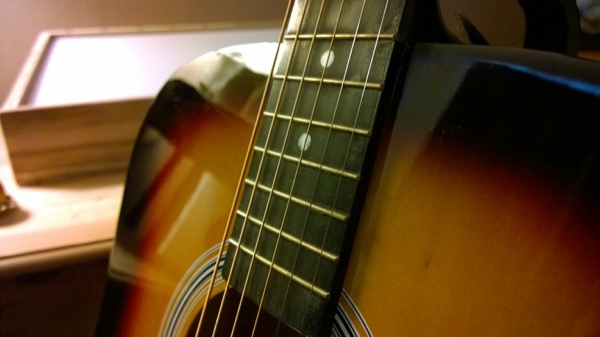 A tough call but even though it couldn't focus quite as closely, I think think the Nokia 808 gets it, with more accurate colours and a less processed look overall.

The ultimate test of how much light each smartphone camera can acquire, even in the toughest conditions. This is a print in our living room of a New York city scene (I think) and I'd made the room virtually black. To my naked eyes, I couldn't see ANY detail on the print. Here's the overall set-up (as shot by the 1020), though note that this phone photo makes it seem MUCH lighter than it really was. 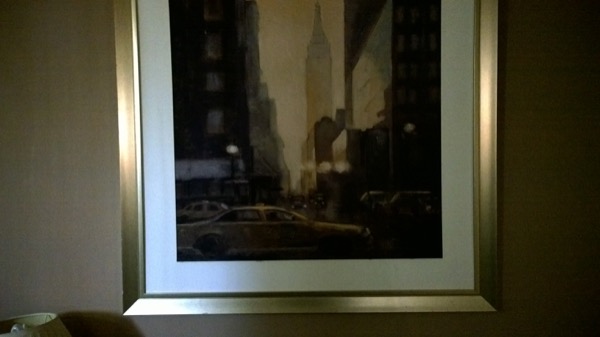 Even allowing for this being a print from a deliberately 'pointillated' (is that a word?) painting, it's clear that the f/1.7 aperture on the Galaxy S7 helps it a lot here - with OIS to help with a longer exposure as well. Plus it focussed instantly, even in this very low light, whereas the Nokia 808 had to be set to use the LED flash for focus assist.

The Nokia 808's result, without flash allowed, is unusable of course - if this were a static subject and the user had some time and equipment, then a creative shot on a tripod could match the S7's result - but my tests here are more 'real world' than that. Overall, a definite win for the Galaxy S7, which has enough light gathering power (at least, for static scenes) to work miracles in low light.

My standard moving-subject-in-low-light test, with me laughing while the shutter is fired. In typical party conditions, lowish light and with flash definitely needed. Here's the overall scene (as shot by the 1020): 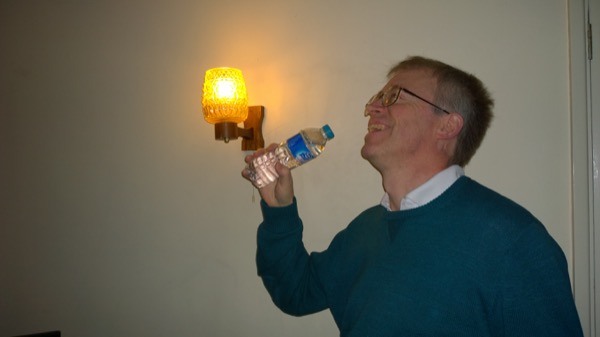 And here are scaled crops (because even I wouldn't care about pixel purity from this sort of shot!) from, in order, the Nokia 808 PureView and the Samsung Galaxy S7:

The Galaxy S7 went for 1/100s exposure here, with the result that, unusually for LED-flash camera phones, the moving subject is more or less frozen - we really are getting to the point where I can stop my Xenon flash ranting, at least for this use case (fill-in flash outdoors remains Xenon's last holdout!)

The Nokia 808 shot is still slightly better and brighter, but the S7 really isn't that far behind.

Here are the summed scores across my demanding tests:

The Samsung Galaxy S7 edge then narrowly defeats the classic 808, from four years previously. Overall, the S7's score is slightly disappointing. It's terrific in low light and its autofocus speed is unparalleled, but the ugliness of the oversharpening down at the pixel level really lets it down for anyone who wants to produce insanely good images on their phone. The S7, like the 1020 and 950, can also shoot in RAW format and at least users can then process images before all of Samsung's consumer algorithms have done their dirty work.

For those keeping score with the two Lumias, here's the full list, culled from the original article:

It's a compliment then to the 2012 Nokia 808 that it got so close to the 2016 Galaxy S7, but these days to have a relatively small aperture and no OIS really hampers the 808 in low light, in situations for which the flash isn't suitable (e.g. subject too far away).

We perennially get Nokia 808 fans (of which I'm one, generally) over on AAWP saying that the 808 can beat any Lumia in terms of imaging, but test after test of my own proves otherwise - the 1020 beats the 808 on almost every count other than raw shot to shot speed, while the Lumia 950 beats even the 1020 over all use cases, while maintaining near instant shot to shot times.

Still, I thought you'd all be interested in how the last great Symbian camera phone held its end up again Samsung's latest and greatest....