No apologies for the continued shootouts - these are frantic times in the world of smartphone cameras - and we haven't even got to the Samsung K Zoom yet! In this case, comparing the champion Lumia 1020 with the Oppo Find 7a, which has a 13MP camera that also claims to shoot in 50MP UltraHD(!) As is often the case, I also throw in other devices, for comparison, in this case the new Galaxy S5 and the older Nokia 808 PureView. 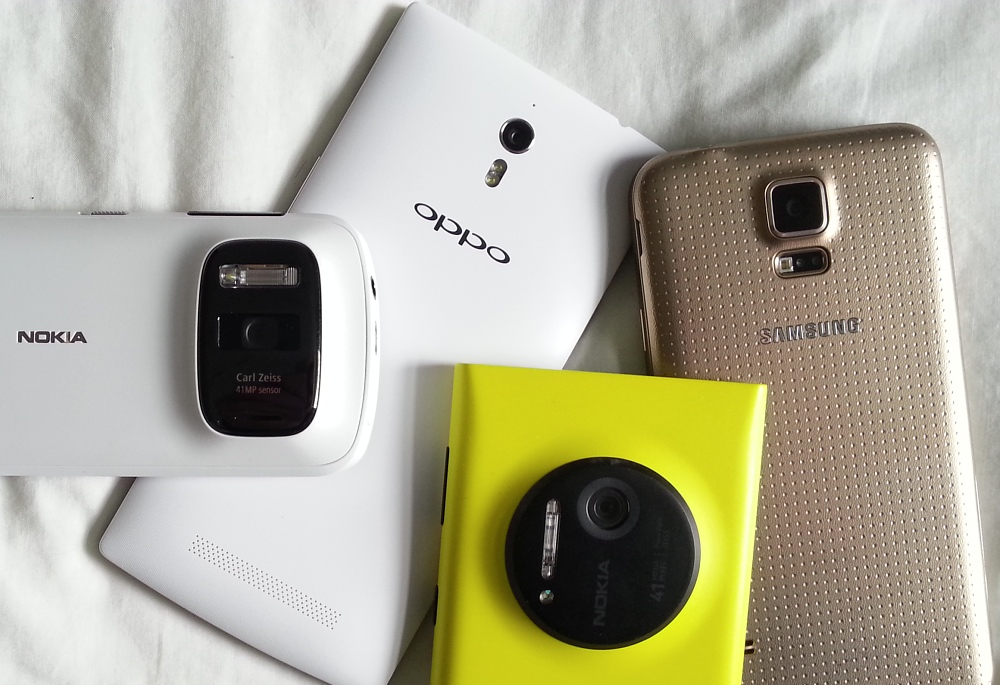 The Find 7 (and 7a variant, here) made waves when it launched by Oppo issuing some 50MP camera samples - I quickly sussed out how it worked here and I wasn't wrong. But the 50MP mode is a burst mode, effectively and requires a steadyish hand and a two second 'exposure', so although I do a test of this below, it's not really suitable for general photography, which is why I've gone with the Oppo Find 7a's native 13MP output in the main comparisons.

So, let's get to it. Light conditions are appalling in the UK at the moment, it's grey, raining and miserable, so I've kept the tests short and simple. I do envy reviewers in sunnier climes sometimes!

As ever, comparison methodology is hugely complicated by the range of resolutions on offer from the four camera-toting smartphones tested. I wanted to test at about 10MP or so, the native 16:9 resolution of the star device here, the Oppo Find 7a, but the 1020 either shoots at 5MP or 34MP (ok, both at once, actually), while the Galaxy S5 shoots at a native 16MP at this aspect ratio and the Nokia 808 manages 8MP (though oversampled).

Thus, in each case, and using the 34MP output from the 1020, for example, I worked out a central area of interest in each test scene and then cropped and scaled this down using cubic interpolation as appropriate, so that the comparison crops would show the identical subject area in each case. This extra processing step is not ideal, but it'll still give a great idea of the strengths and weaknesses of the four smartphone cameras.

The best I could do in current weather! Here's the overall scene: 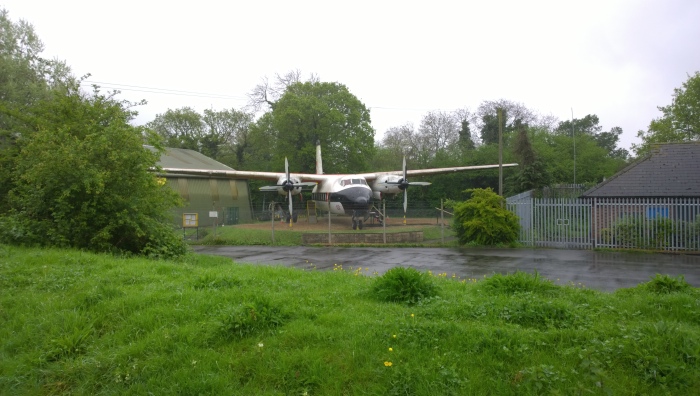 First of all, let's test and dispense with the multi-shot composite 50MP 'Ultra HD' mode from the Find 7a, which should compare reasonably well, in terms of detail with the Nokia Lumia 1020's 34MP shots, albeit with caveats from optics and only being able to shoot completely static subjects.

Taking a 'Ultra HD' shot and cropping at 1:1 and comparing with the Lumia 1020's 34MP output we have (Find 7a on top, Lumia 1020 on the bottom, click the hyperlinks to grab the original images for further inspection): 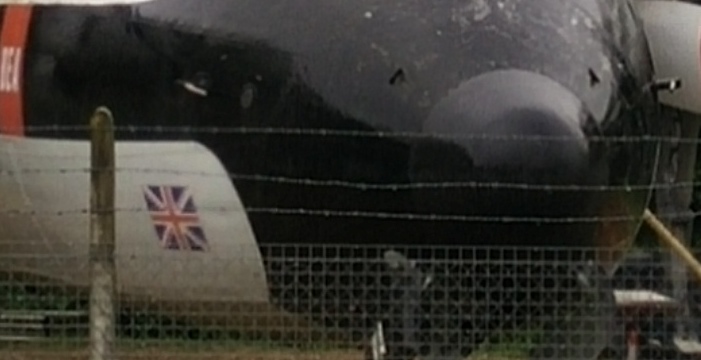 It's fairly evident that the 1020 version is innately crisper and with more detail. The idea of compositing the best from a sequence of burst shots and aligning them according to natural hand shake to effectively 'fill in the gaps' between 13MP pixels is an interesting one - but flawed. There are too many caveats and, as you can see here, the photo still doesn't get close to what the Lumia 1020 can do with less megapixels on a single 'take'.

Tellingly, I also tried comparing Ultra HD output with standard 13Mp output from the Find 7a, with appropriate scaling of course, and couldn't really tell much difference. In other words, there's little, if any, actual benefit from 'Ultra HD' apart from increasing the file and picture size!

Moving on with more standard comparisons then, according to the methodology above, let's look at the same portion of the overall frame, from, in this order: Oppo Find 7a, Samsung Galaxy S5, Nokia 808 PureView and Nokia Lumia 1020. Again, click the hyperlinks to grab the original images.

The point I'm tempted to make here is that we really are at the point of diminishing returns for general outdoor shots, in that there's very little to choose between the photos here, all under rather challenging conditions. If I was being picky, I might actually dock the Lumia 1020 a point or two for its characteristic 'flare' that creeps into photos taken shooting into light (however overcast, in this case).

But it's clear that, as usual, we need to make the light conditions even more challenging if we're to start seeing the phone cameras pushed to their limits.

The idea here is to see how good the sensors on the phone cameras really are, with just one room light a good four metres away, indoors. Here's the overall scene, and note that actual light levels to the naked eye were MUCH lower than the 1020's overview makes it seem here: 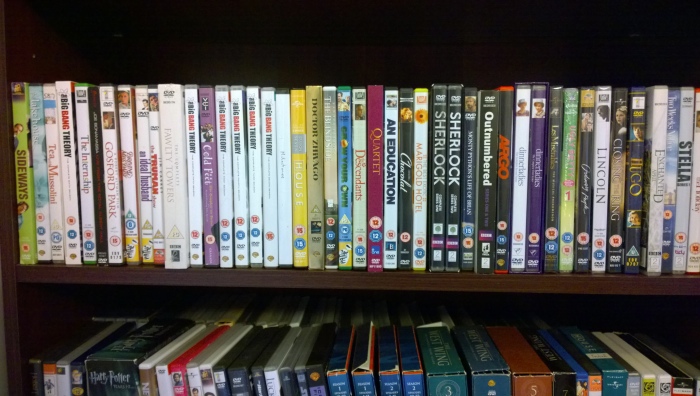 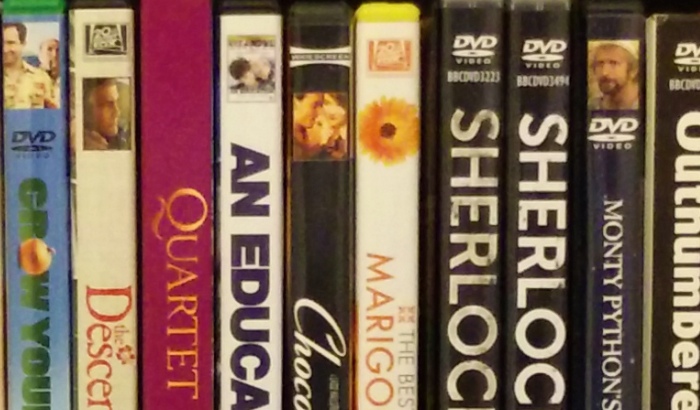 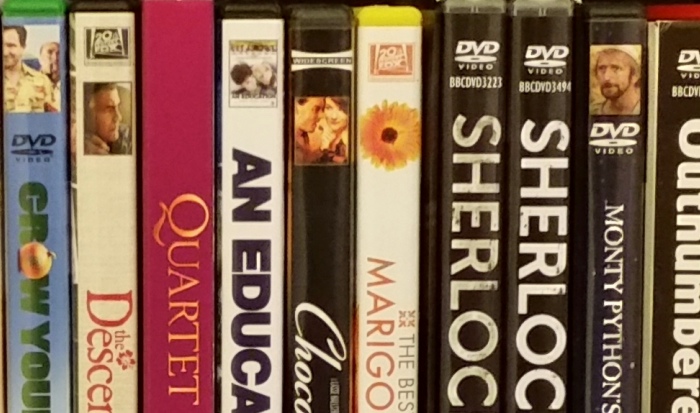 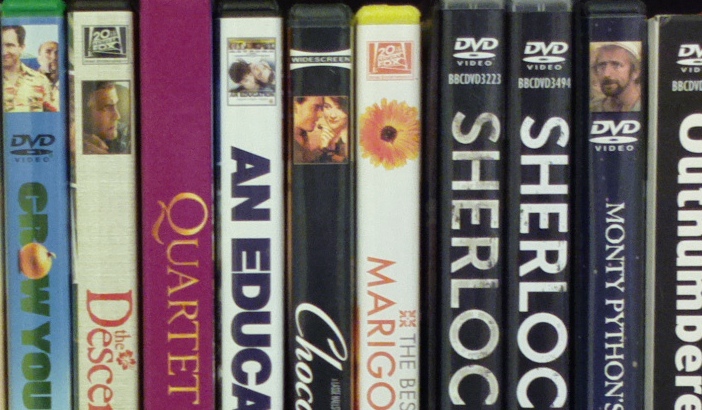 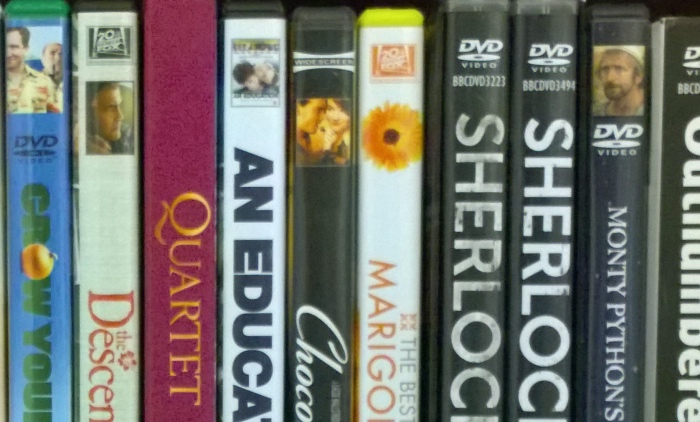 There are three things to look at here. Colour accuracy - for example the 'Quartet' spine is really a pinky-purple and not the rich red the Galaxy S5 makes it out to be(!) Noise - look at the areas of solid colour (again in the Quartet spine background). And detail and contrast.

The Nokia 808 image comes out top - just here, with best combination of low noise, detail and colour accuracy, while the Lumia 1020's image is understandably noisy, given that I was working from the high resolution 34MP image and not oversampling to the same intelligent degree as Nokia's own algorithms. So cut the 1020 some slack here. But all four images aren't bad considering the very low light levels and that I was shooting handheld.

One common complaint against the Nokia PureView cameras (808 and 1020) is that their larger optics don't allow natively close macro shots. So I wanted to include a macro shot here, outdoors in a brief respite from pouring rain. Here's the overall scene: 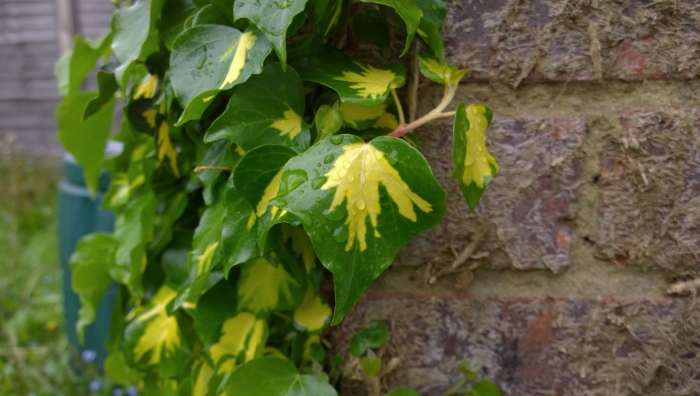 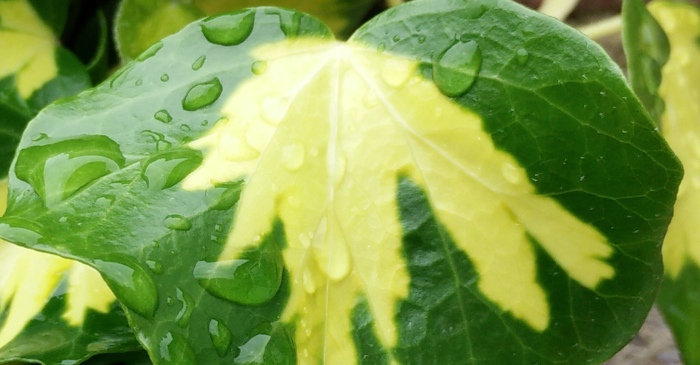 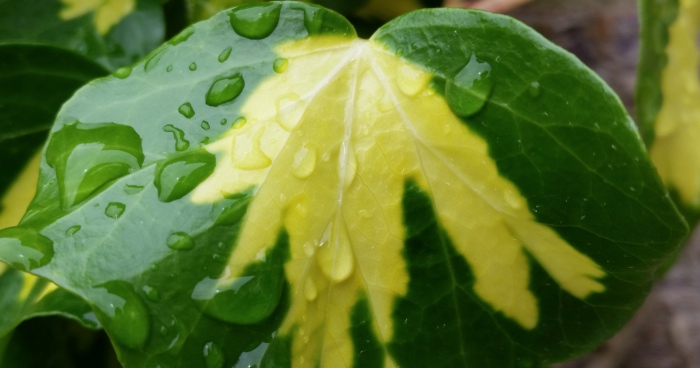 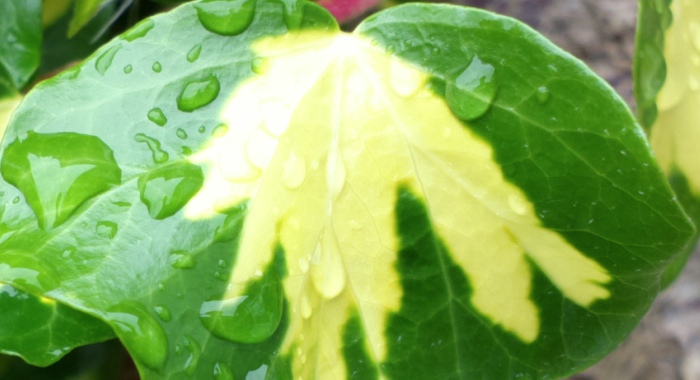 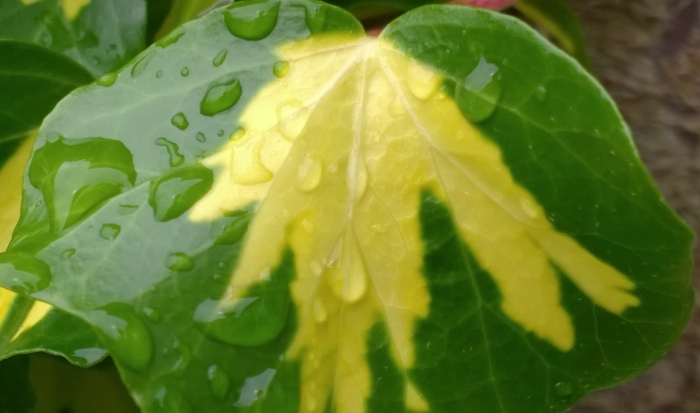 Several things are worth noting here - the Nokia 808 loses ultimate quality when used at 1:1 on the sensor (the 808 is heavily optimised for oversampling), so I didn't use much PureView zoom to get 'closer', while I did use this on the 1020 since 1:1 sensor use isn't as penalised. Also, the Find 7a photo was almost impossible to take because, as with some previous Chinese smartphones, such a low quality display is used that it turns into a mirror outdoors. This is, I'd suggest a bit of a downer when taking photos!!

In terms of quality, the Find 7a edges this test, with immaculate contrast and focussing (even though I couldn't see a thing on the display - ironic, eh?), while the S5 gets so close that parts of the leaf are lost in the depth of field. Nice colours from the 808, but the shot is over-exposed and partly blown out, while the 1020's image is a good all-rounder here, considering that macros aren't its strong suit.

I remain committed to testing smartphone cameras under real world 'people' conditions, almost always indoors and often with lighting that's less than ideal. In other words, my mocked up 'party' shot, with moving subject at 2.5 metres, a lot for a phone camera flash to do something with. Here's the overall scene: 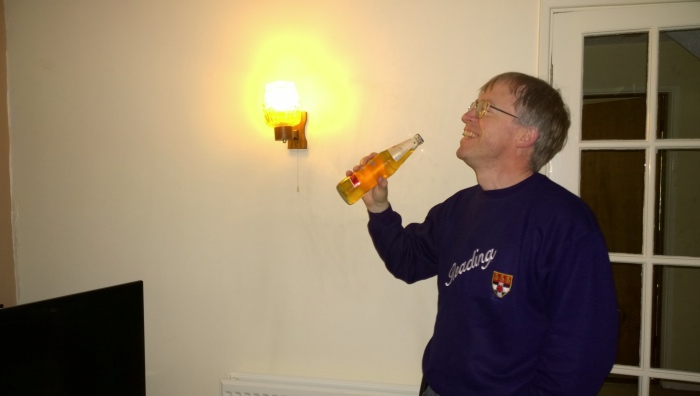 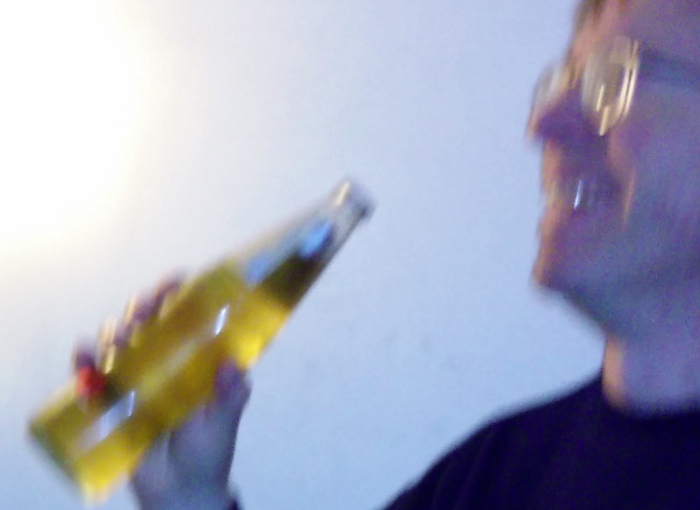 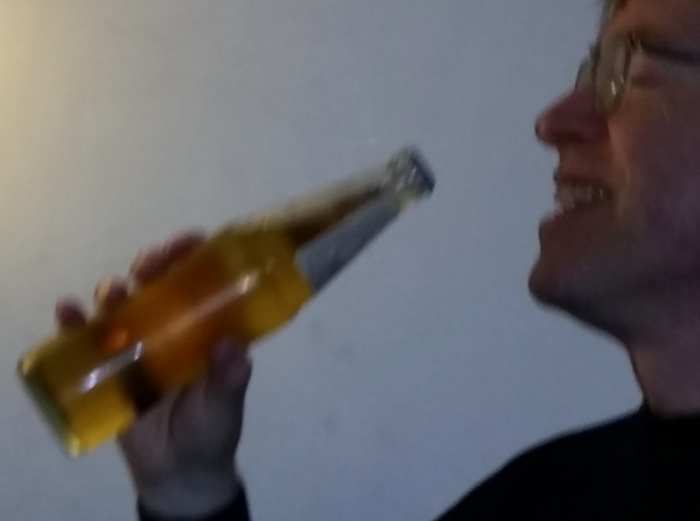 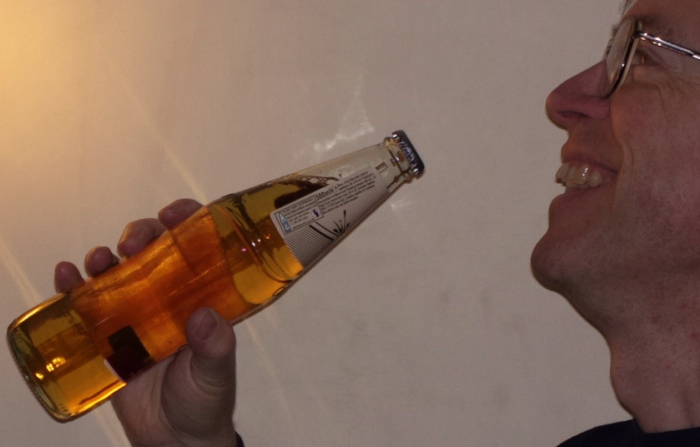 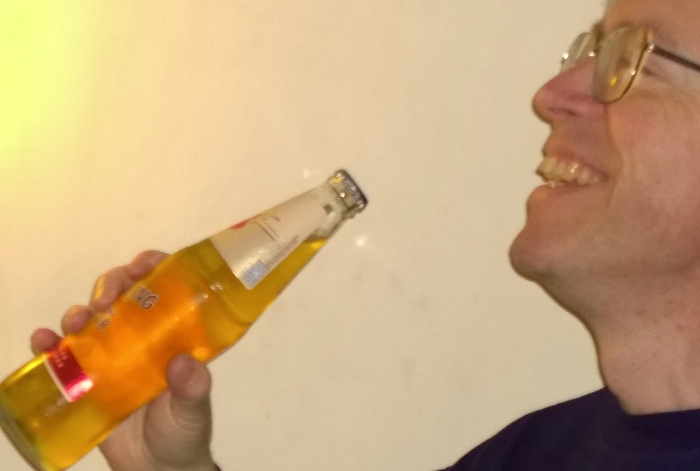 The awfulness of the first two shots above demonstrate yet again why I'm right about Xenon flash and why I'll fight for it against LED flash until my dying day. The Find 7a's shot is simply appalling. The Galaxy S5 does a little better and its shot is typical of the best LED flash can do in a modern, decent smartphone. The Lumia 1020 lights the scene perfectly, but the shot is very slightly blurred by allowing time in the exposure for quite a bit of ambient light, meaning that the Xenon 'freeze' isn't absolute. In contrast, the Nokia 808's shot is perfectly frozen - the shot is darker, but realistically so - and with such crisp detail it would be the work of moments to brighten it up in a photo editor.

Oppo Find 7a (2014): great results in good light, spoiled only by not being able to see what you're shooting (duh!), gradually worse results as light levels drop, especially for moving subjects. NB. The '7' variant (i.e. without the 'a') has a higher spec screen but the camera is identical, in case you were wondering!

Samsung Galaxy S5 (2014): great results in almost all light conditions, with low light moving subjects the only weak point. Critics point to over-processed images, but you have to look incredibly closely to be offended. IMHO.

Nokia 808 PureView (2012*): comes out top here and, in the right hands, still the best overall photographic tool that's not actually a camera in disguise, provided you stick to using the oversampling. Weak points are the low res screen and tendency to blow out highlights in scenes. [Tip: when there are obvious spots like this, 808 pros often preset everything to shoot a stop under what the 'auto' suggests.]

Nokia Lumia 1020 (2013): does pretty well here, as an all-rounder that doesn't do badly in the party test either. Weak points are, like the 808, that it works best when some or all the oversampling is used, and that shooting into anything remotely light needs care to avoid flare across the frame.

* not available any more, but still a very valid comparison point, especially for AAS readers, this being cross-posted to that site(!)

The presence of the 'party' test skews the results slightly, but only to the extent that I'd say that if you never take such low light, moving subject shots then you'd be pretty happy with almost any camera-equipped smartphone (over about £300) on the market. They're all pretty capable when conditions are favourable, etc.

Of course, there's far more to a good camera phone than raw quality. I've mentioned the display contrast outdoors, but there's also camera and general interface, desirability and power of the underlying OS, size and weight in the hand. So take all of this with a pinch of salt - one more set of data points to help you make up your mind, should you be about to buy something.