Stavros at 5: Where marketing, comedy and Symbian came together

Forgive a little retrospective, but it's (more or less) the five year anniversary of Position Art. Long time readers will know where I'm going with this - Stavros and his 'tool' (the Nokia N82!) A promotional campaign for the device created by agency Farfar under the guidance of Nokia's regular 1000 Heads, the character of Stavros transcended the usual ad boundaries and made a real connection to us, the Symbian faithful. I still remember many of his self-deluded mannerisms and faltering dialogue, I had a go at my own Position Art, and even learned to love the N82 as he did. The full story is remembered below...

Stavros and Position Art was a campaign dreamt up by this guy, Ake Brattberg, as far as I can tell, under the guidance of Nokia and 1000 Heads. The idea was to create a fictional character to show how the Nokia N82 could be used for GPS activities and navigation. Stavros was born and, it's fair to say, his persona almost literally jumped out of the screen in the debut web site, theworldismycanvas.com . This is sadly no longer being hosted live on the Internet, but thanks to the magic of the Wayback Machine, you can experience the full interactive site here, introducing Stavros to the world for the first time. The site won several awards and you can see why by clicking the link or this screengrab: 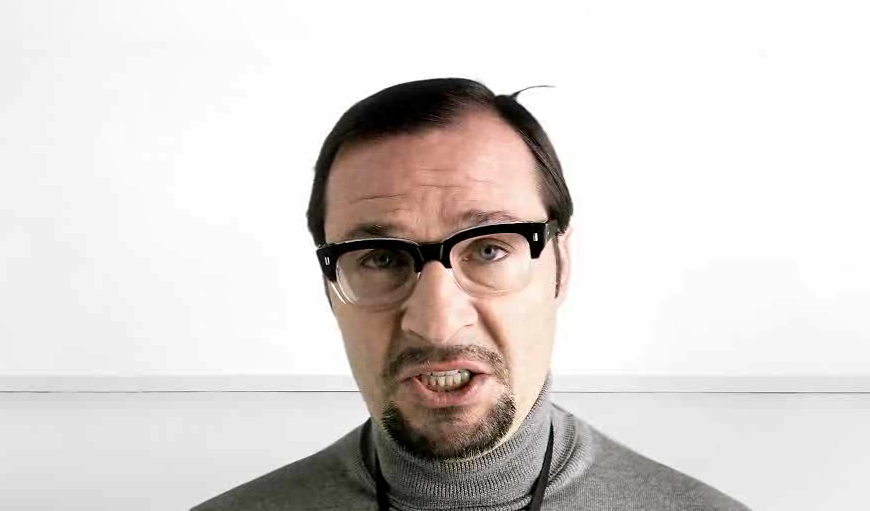 There then followed a series of videos, embedded below. But do please note that this was 2007 and YouTube was in its infancy, with resolutions of 240p, (gasp) 360p or (shock) 480p common, so forgive what seem in 2013 to be very low resolution video streams.

Here for your enjoyment, whether you're a lover of the N82 or of comedy, are the videos, starting with...

Stavros's rather excellent Q&A session with Nokia N82 fans around the world:

Funny stuff, I especially love the bits where Stavros runs up against the limits of his own brain and fumbles desperately for ways to finish his sentences - we've all been there!

In fact, Stavros inspired me to have a go, in early 2008, in a segment for my video podcast, then dubbed The Smartphones Show, and, again, forgive the low resolution - I was only shooting at 480p then, using the likes of the Nokia N93 (remember that?):

What about you? Any abiding memories of Stavros that you care to share? Do you have a Symbian-related marketing campaign that you prefer?

PS. If the actor who played Stavros would care to step forward, I'll happily give him some credit by name!

Filed: Home > Features > Stavros at 5: Where marketing, comedy and Symbian came together