This, at least, will be a camera phone head to head like no other. The Nokia 808 PureView has regularly been ahead (or, infamously, tied) in every shoot-out I've done. But it's up against something that's even odder than itself for the very first time. And I don't mean its successor, the Lumia 1020, which is still a few weeks away, at least. Here I'm about to put the 808 up against the Samsung Galaxy S4 Zoom. But I need a few suggestions from you as to exactly how the test should be conducted!

Reviewers across the world, unfairly disparaging about Symbian, have remarked how the Nokia 808 is a camera with a phone glued on the back. The Nokia 808 is a lot more than this, as regular readers will know. I'd put the 808 at 30% camera and 70% smartphone. However, Samsung's new hybrid device is around 60% camera and 40% smartphone - it, almost literally, is a physical coupling between a standalone camera and a modern Android smartphone.

Consider the camera specs of the S4 Zoom. It's got the same sensor size as the old Nokia N86, i.e. 1/2.3", yet with a BSI sensor, 10 optical zoom, optical image stabilisation [important for big zoom shots] and a big Xenon flash. Yes, the Nokia 808 PureView has the 1/1.2" sensor, plus the image processing that goes with PureView operations, but it's clear that the Symbian camera champion faces some serious competition here, to say the least.

Just to set the scene, here's a motley crew, showing the Nokia 808 plus camera phone optical zoom through the ages: from left to right, the Samsung G810 (running Symbian S60 3rd Edition), the S4 Zoom, the 808 and the Nokia N93/N93i (also running S60 3rd Edition). Have there been any more smartphones with optical zoom? Please correct me, if so.... 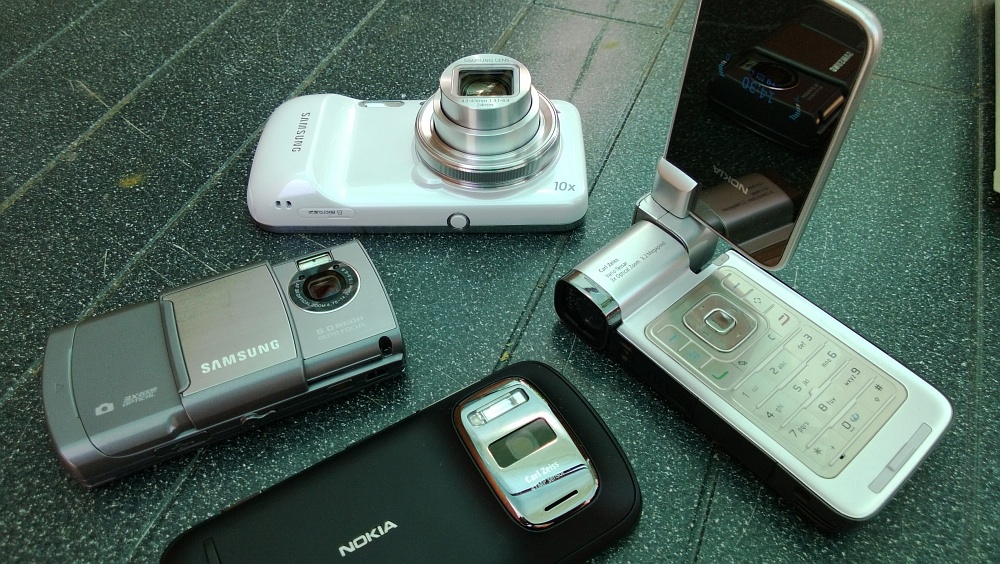 For the record, the optical zoom and camera performance on the G810 was fairly underwhelming and Samsung never put any effort into supporting or improving it, ditto Nokia and the N93 and N93i (the slimmer silver one shown above), which were left to rot, firmware-wise, with some fairly major bugs.

But on with this 2013 test, putting the Nokia 808 PureView up against the challenger. And what a challenger: 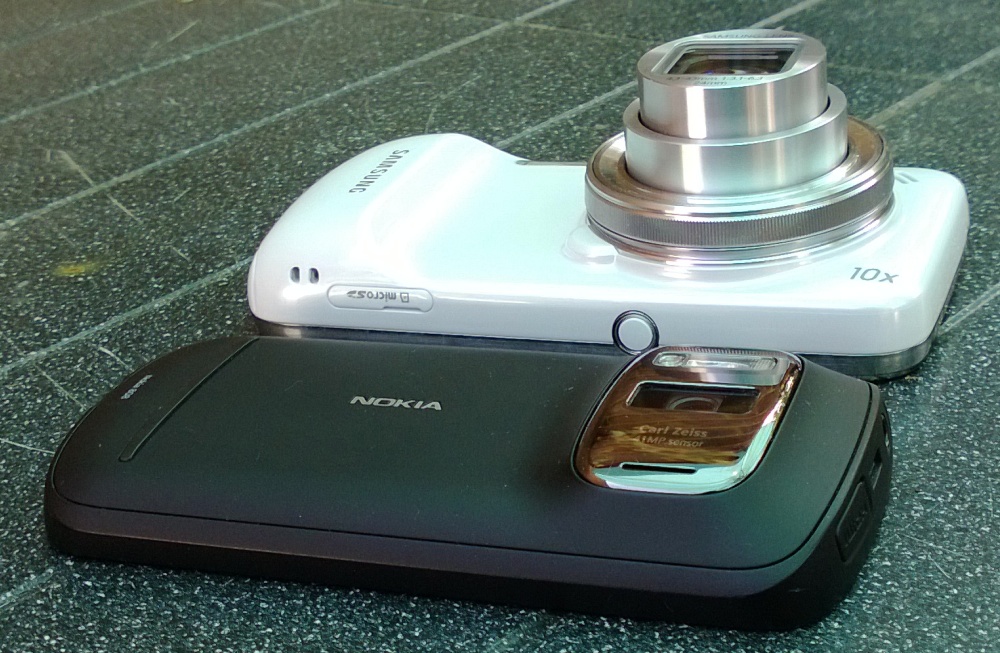 The S4 Zoom is, it has to be said, chunky - here showing the camera unit turned on and with the zoom lens extended. By comparison, the 808 PureView looks positively skinny(!) It's true that neither of these two smartphones sold (or will sell) in huge numbers, but they do directly compete in my head and in the minds of camera phone enthusiasts everywhere. And yes, the Lumia 1020 will come along in time, to challenge both of these, so you can look forward to that.

Before going into my usual 'scenario' testing, I though it useful to gather a few data points. Here's a typical indoor scene - in good light, but away from direct sun: 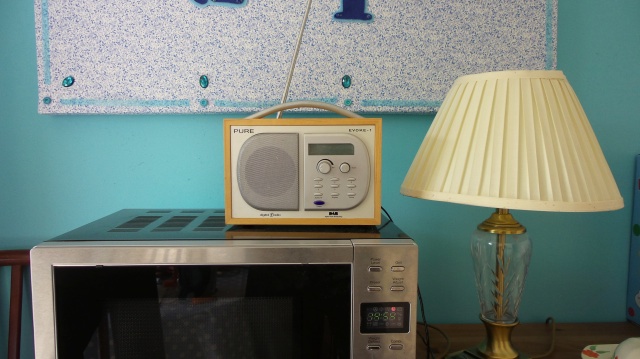 Let's start with a full 'auto', 'no zoom' shot from each smartphone. I did this and then cropped down to the finer details, so that you can see differences between the results. The Nokia 808 crop is on the left in each of the following images: 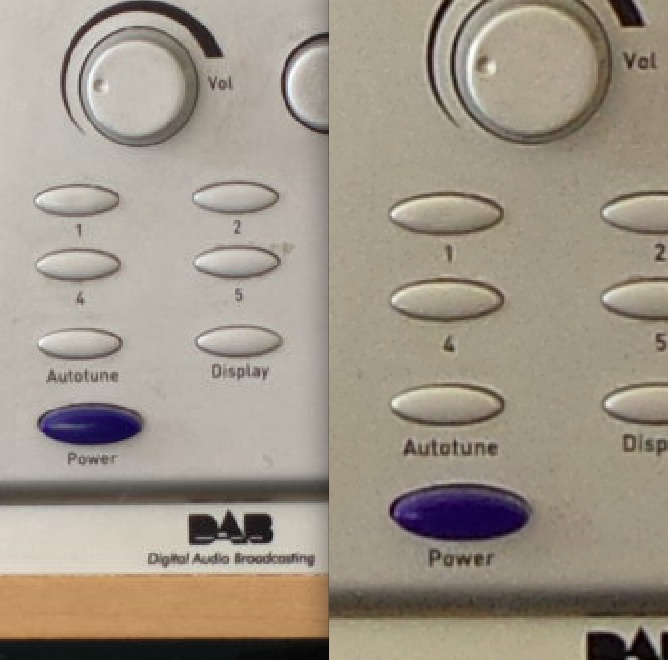 Disregarding the slightly different degrees of wide angle (I took ths shots from the same spot), I'd say the Nokia 808's photo is clearer and cleaner. As you'd expect from the PureView oversampling, which eliminates digital noise - plus the 808 has a sensor that's almost four times the size. So no real surprise then. 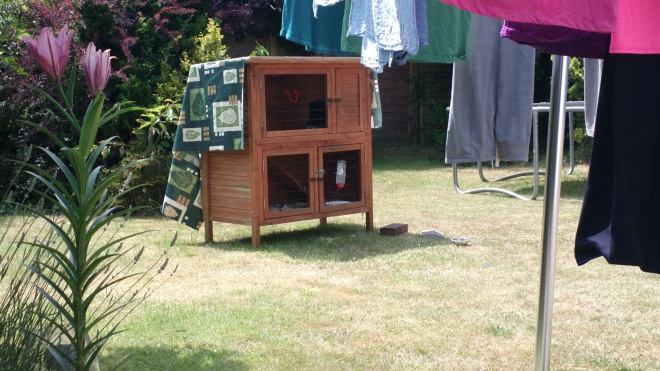 I moved closer, and two two photos, one with each device, using the PureView 3x 'lossless' zoom and cranking the Galaxy S4 Zoom up to 3x zoom as well. I then cropped in, in the usual way: 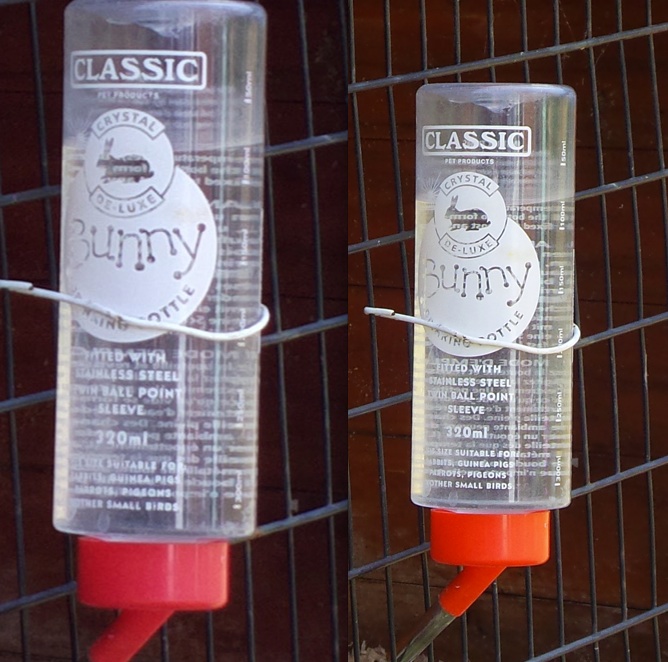 With plenty of light, we're then effectively pitching the centre 1/9th of the 808's sensor (roughly equivalent to an iPhone-grade 1/3" sensor) against the full 1/2.3" BSI sensor in the S4 Zoom and the crop on the right shows the difference this makes. There's literally no margin of error in the 808's image when PureView oversampling is taken out of the equation, whereas the S4 Zoom is handling the zoom purely in optics, plus there's OIS, just in case my hand wobbled a little while taking the shot.

Comments welcome, but I'd say the S4 Zoom takes the win here, even if the image does shown the trademark noise reduction and then oversharpening.

Now, let's crank things firmly into the S4 Zoom's comfort zone - moving further away (around four metres), I cranked the S4 Zoom up to its maximum of 10 optical zoom and shot the hutch again). The 808 PureView had to be left at its maximum of 3x zoom, of course, giving this result from the crop comparison: 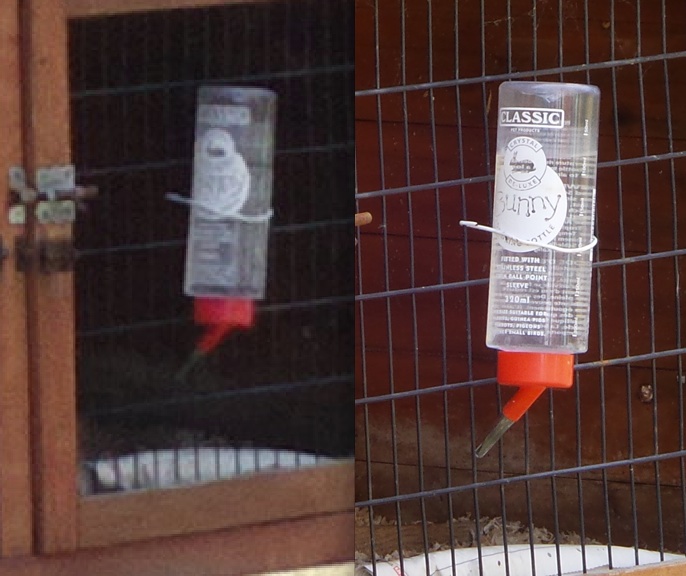 A massive difference this time, as you might expect - look at that detail (again, remember this is in excellent light) in the S4 Zoom image, even though I was shooting from four metres away.

However, for the first time ever I'm asking for suggestions on the scenarios in which I should test the two smartphones. Clearly the shot immediately above is an extreme example and when I last used extreme examples (close-ups, against the Galaxy S4) I was criticised for choosing scenarios which weren't typical of real world usage.

Now, the S4 Zoom's optical zoom has the disadvantage of working less well when there's less light, so I might expect the 808 to come back into its own after dark. Plus that un-zoomed PureView oversampling is pretty special. And both devices are fairly rubbish at extreme macro shots because of the physics of their optics.

It would be easy for me to choose scenarios which favour one device or the other and so I want to take my own possible prejudice out of the equation.

So, over to you. Comments welcome on the specific scenarios and tests you'd like to see me try with these two camera-centric smartphones. In the dark? In bright sun? Subjects? People? I'm open to suggestions and the more specific the better! 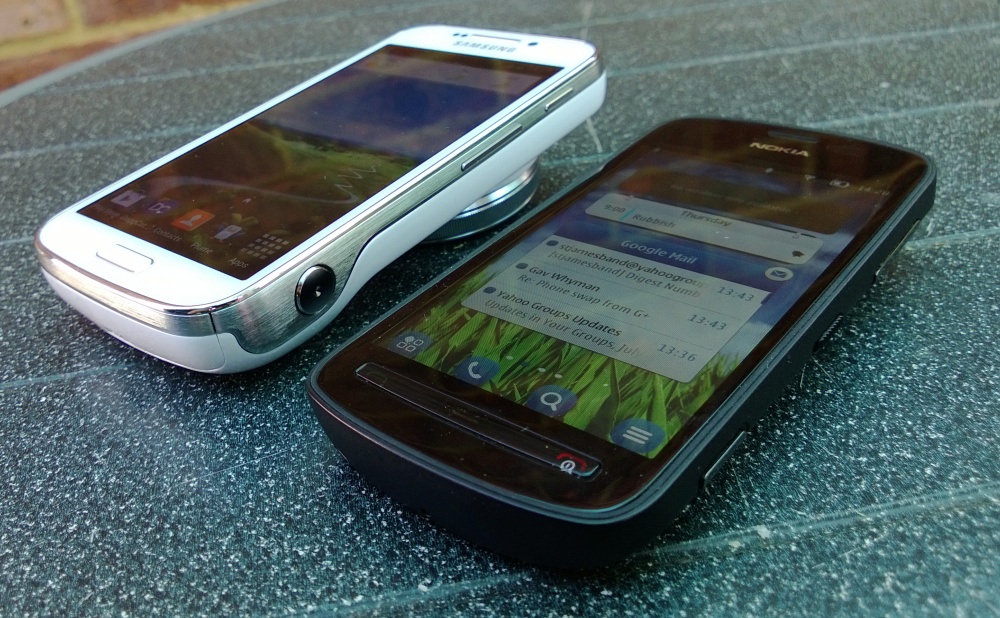