Nokia no longer bothering with holograms on most batteries?

Sitting in my office, taking the backs of a number of Nokia phones (as you do), it struck me that something was missing - holograms. For the last five years or so, the presence of an official Nokia hologram has been a pretty good indication that a battery is genuine (and not some Far East-sold fake). Yet Nokia has been shipping phones over the last 12 months with hologram-less batteries. Photo proof below, but I have to ask - not for the first time - how on earth one might be able to tell these new official batteries from the replacement fakes?

With the brand spanking new Lumia 520 in front of me, I checked the BL-5J battery. Yes, it was the new chemistry that Nokia seems to have been rolling out across its battery ranges, with increased capacity (I'll examine this phenomenon more in a future article): 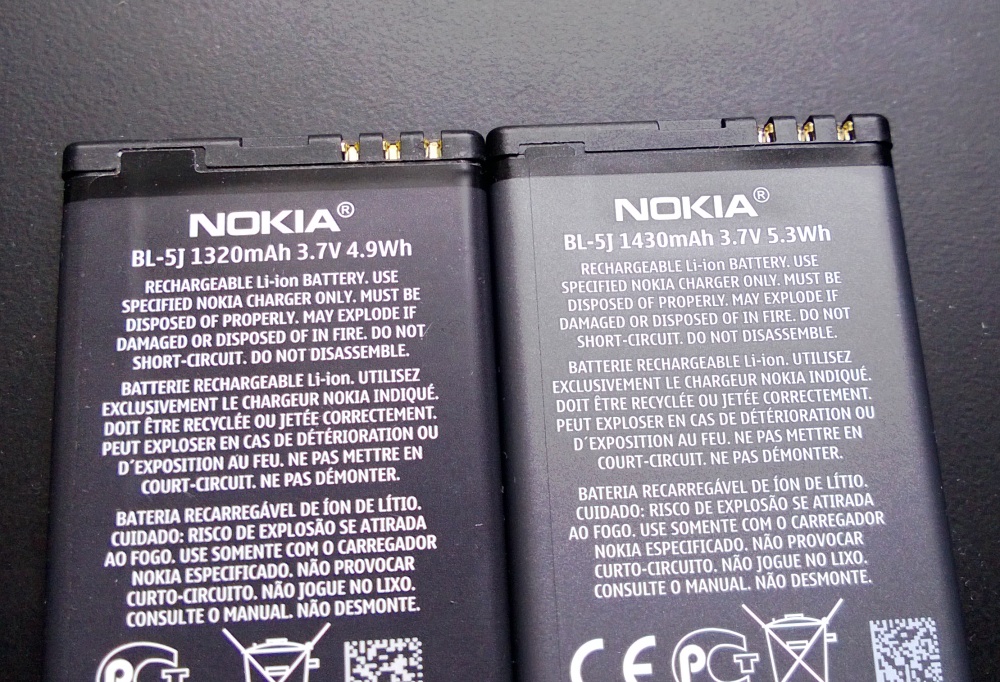 Good, good. But, turning the new battery over, where's the hologram? The security feature that Nokia used to make a big thing out of? Can it be that cost-cutting measures at the Finnish firm's factories have even extended to not being able to source and stick on the authenticating holograms? 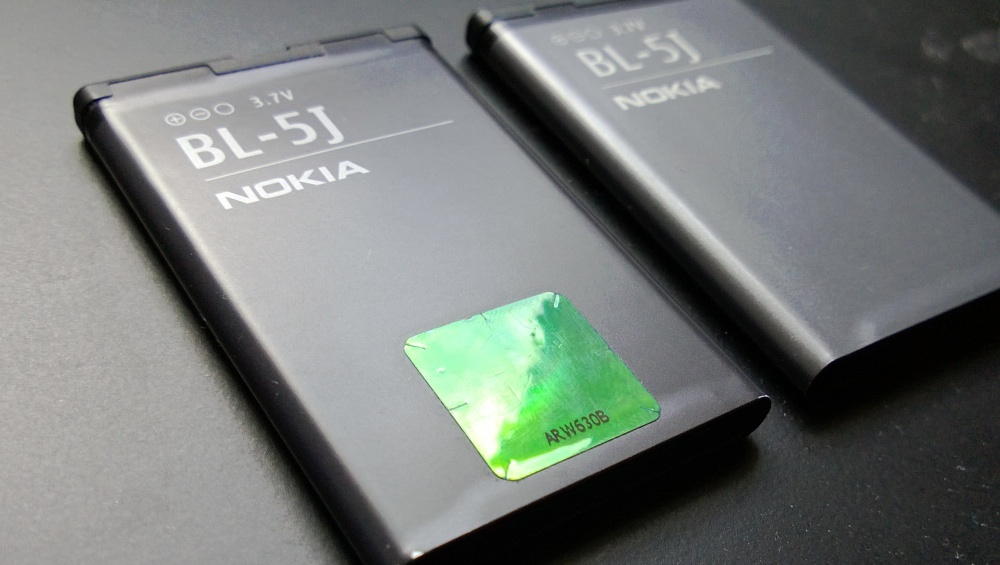 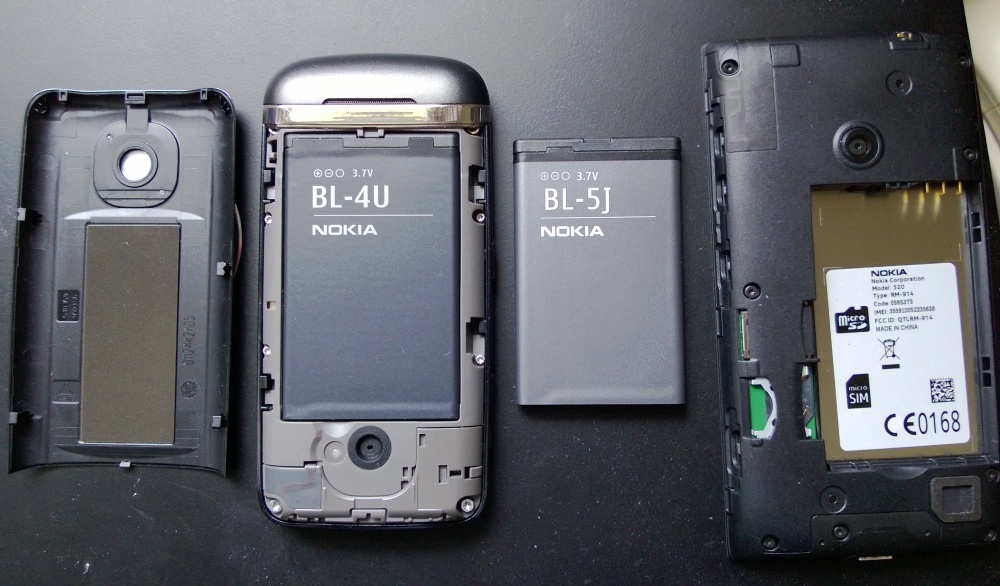 In fact, I checked my Nokia 808 PureView, running Symbian. No hologram. I went back further, to the Nokia 700. No hologram. In fact, I had to go back to the E6, whose production ran from early 2011 to mid 2012, to find one of Nokia's famous 3D holograms. 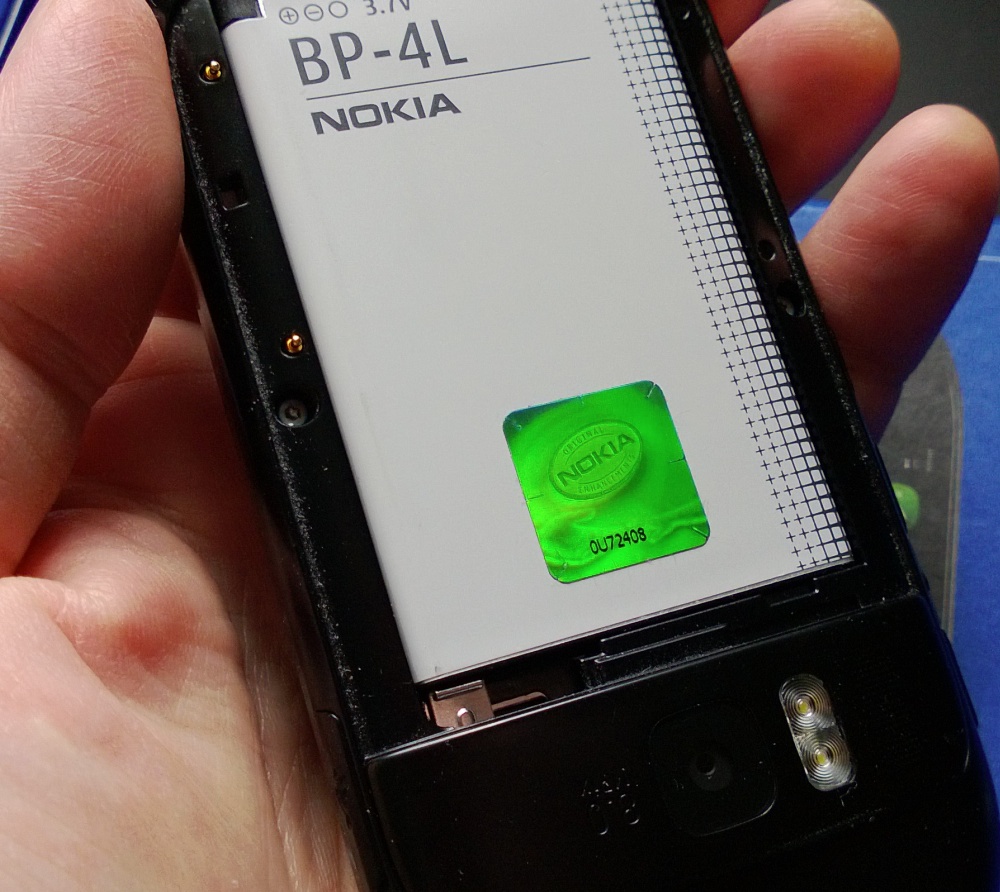 How is it that no one's noticed this before? And is it important?

It surely has to be a cost saving measure, perhaps shaving 20p or so off the cost of a cell, but it's a dangerous step. A great many of the Symbian, Asha and lower cost Windows Phones all have replaceable batteries and, without a way of telling whether they're genuine or not, it's easy for someone to pick up a spare on Amazon or eBay for a knock down price and end up with something that's fake, has terrible life and is potentially explosive.

In fact, the spare fakes currently being sold still have (fake) holograms, which is a huge ironic twist on the original concept of this security feature! Maybe Nokia merely realised that the fake holograms were now so good that it wasn't worth persisting with the idea?

So, how can you tell whether a Nokia battery is genuine or not? Nokia's own help page (which, incidentally, states that 'Nokia offers two types of batteries: Batteries with hologram label, and Batteries without hologram label') on the subject isn't very helpful. More usefully, on the back of each genuine battery is a long serial number. Each battery made has its own ID in this form, but what's needed here is an automated page on Nokia's web site that:

The last requirement would be because a mass produced 'copy'/fake would leave tens of thousands of batteries all with the same 'serial number' (probably copied from a Nokia original) and this would show up when more than a handful of people starting querying the same number. The 'handful' criteria would be to allow for you or a previous owner of your phone/battery to have done a legitimate check in the past.

Comments welcome on Nokia holograms or, as it seems now, the absence thereof... And if Nokia's distrubution teams are reading this, get cracking on that serial number checker!

Filed: Home > Features > Nokia no longer bothering with holograms on most batteries?