You've heard me rave in the past about the excellence of the camera in the Nokia N8 - the 12 megapixels, the Xenon flash, the huge sensor. And you've heard me reel off a long list of tech gadgets that are onboard the device. But here I wanted to highlight 10 design points that haven't got the credit they so far deserve. In a nutshell, the N8 is better than you already thought it was.

Sitting here, trying to qualify why I keep returning to the Nokia N8, time after time - it has now been my main smartphone (apart from a few minor dalliances) for a whopping nine months (unheard of, for me!) - it occurs to me that there are aspects of it which often get lost in the glare of the praise heaped upon its camera and tech gadgets.

So, for the purposes of this features, I'm not allowed to mention the N8's camera, its computing internals, its HDMI, its pentaband radio, its USB on the go, and so on. These are cutting edge tech features but they're often discussed and trumpeted.

Let's look at ten design points in the N8 which are often missed or under-appreciated - after all, credit where credit's due?

If you talk to Nokia directly, it'll swear blind that the N8's battery isn't user replaceable. But why then did the designer deliberately position two retaining Torx T4 screws right where they're obvious and ultra-accessible? In an emergency and you're out of battery power, it's a 45 second doddle to remove the N8 end cap, slot in a new BL-4D battery and then replace the end cap. You'll need a T4 screwdriver (e.g. £3 on eBay) and you'll need a fully charged replacement in your pocket, but it's still vastly preferable to the situation on the E7 or X7, where getting access to the battery is a job for an official service centre. 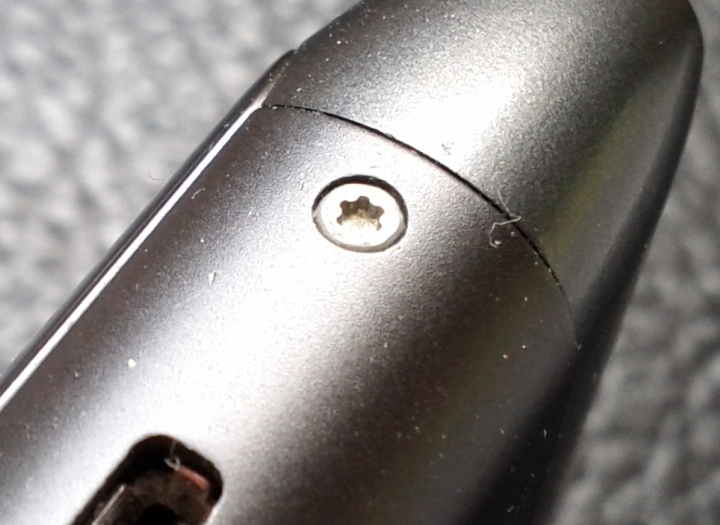 The same huge advantage comes into play after a year of use, when the BL-4D cell has (in usual Li-Ion fashion) lost up to half its capacity and needs replacing. You won't have to drive to a Nokia Care Point, you can buy a new cell online and replace it yourself quickly and without losing the phone for a few hours/days.

Disclaimer: if you unscrew your N8's end-cap and mess up the screw heads or generally break something else in the process then I take no responsibility. Changing the battery will theoretically break your warranty, so the usual cautions about only doing this if you're confident with electronics and tools apply....

Like almost every other modern smartphone, the N8 has exposed camera glass, i.e. not behind a mechanical protector. But exposed does not have to mean vulnerable - whereas the likes of the Nokia E7 have flush camera glass and every movement of the phone across a desk surface offers the risk of a particle of grit scoring the 'glass' (usually scratch-resistant plastic), the N8's camera glass is recessed by a good millimetre. Yes, it'll probably still pick up the odd fingerprint, but that's easily wiped off. At least surface contact won't hurt the precious camera surface.

Once upon a time (6 to 15 years ago) Nokia used a 3mm charging pin on all their phones. And life was good - every charger could charge every phone. Then technology got more miniaturised and it was deemed appropriate to standardise on a 2mm charging pin (for about 5 years), with appropriate adapters to connect a new style device to an old style charger. A pain, but at least all those old charging opportunities could still be taken. And it didn't take long for 2mm to become the new 'Nokia charger'. So, with the world (including Nokia) standardising on microUSB in 2010 onwards, we all faced yet another change in charger standard.

And so we've had many Nokia models, starting with the N86 and N97, accepting only microUSB for charging. Again, there's a 2mm-to-microUSB adapter, but it's 'active' (i.e. not just a simple mechanical construct), gets hot, is RF-noisy and isn't trivially cheap. So what about the 2mm chargers and charging accessories that you have scattered around?

Thankfully, the N8 (and selected other premium models like the E6) has dual charging, via microUSB or, shown below, a 2mm charging pin. In practice, it means that you can charge the N8 almost anywhere you go in the world, from a USB port or from an old Nokia accessory.

Whether it's for playing podcasts while you do your daily chores or for handling a phone call on speakerphone, anyone who's used the N8 knows that its loudspeaker is top notch. It's not quite in the 5800/X6 league (but then they're stereo, with twin speakers), but it's streets ahead of most Nokias and ahead of most examples from other manufacturers.

The extra thickness demanded by the large camera meant that the N8's design team were able to put in a larger-than-usual speaker behind the 'slot', shown below, plus they also added a dedicated power amplifier, to drive the speaker to its limit. 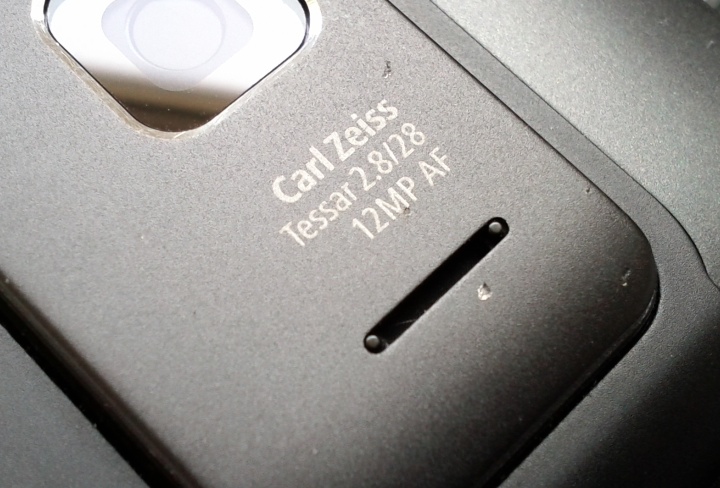 (note the chips to the aluminium housing - my N8 has been through the wars - and still works perfectly....)

(On the other hand, the decision to emit sound through just a single slot has meant that it's far too easy to block the sound by putting the N8 down on a flat or absorbent surface - this is one of the N8's few design caveats!)

It has been quite amusing seeing other phones launched (including Nokia's own niche N9) with convex glass displays, standing proud of the phone's body. The glass may well be Gorilla Glass, but the display is still horribly, horribly exposed. With the N8, the designers went for 'belt and braces', putting in Gorilla Glass and building in a rim right round the display. Depending on the point you examine, the rim's height varies (because the phone's form curves slightly near the top and bottom), but it's there and means that (as with the camera 'glass' recess mentioned above) when the phone is placed face down on a dirty or abrasive surface, the recessed display has a degree of natural protection.

Constantly misunderstood by all and sundry (the clue's in the title, guys - it transmits), until you've had an FM transmitter in your phone (or media player) you won't really appreciate the difference it makes. Got a podcast or music track or Internet radio station on your phone and want to share it over any car's (or living room's) big speakers? Just turn on the FM signal and tune in any standard FM radio. Job done.

It's true that the quality won't be quite as good as if you had a dedicated 3.5mm line-in cable/system organised and it's true that you may have to adjust the transmission frequency a little to avoid strong FM stations in your area, but the beauty of using FM transmission is that it's completely generic. It'll work, wirelessly, anytime, anywhere, with no need to bring along any kind of adapter.

The N85 and N86 featured a makeshift FM transmitter built into the battery cover, but the design was weak in that it relied on perfect electrical connection between the cover and the main phone - the two spring-loaded contacts were a common point of failure and transmission would cut in and out. The larger N97 had the FM transmission aerial built-in and always wired, which was a step forwards, but the N8 also manages this trick through a feat of micro-miniaturisation magic, in its smaller form factor.

Not content with putting in perhaps the finest volume and camera shutter buttons in any modern phone, the N8's designers also took the team to mill out the button cavities with exquisite chamfered sides: each is a thing of beauty. Yes, this is getting a little subjective, but look for yourself at the metal buttons sitting in machined metal silos and you start to get an idea of both the attention to detail and also the degree of robustness possible in this handset. 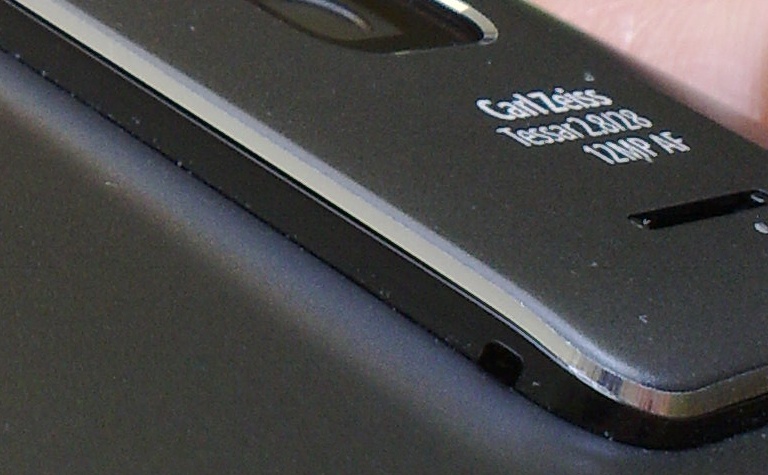 Not so much a physical design point as an electronic one, but in these days where more and more devices are arriving with just built-in mass memory or just microSD expansion, it's good to note that the N8's specification was again pushed out to the maximum here, with both 16GB mass memory and microSD expansion.

Quite literally, the best of both worlds. And you can hotswap cards too - no fiddling with a battery cover and/or even having to power down and remove the battery every time. For transferring data, for bringing your music collection from device to device, microSD expansion is just so.... useful.

This is going to sound so sad and geeky, but....

The Nseries logo on the N8's back is very cool. It seems to be machined/extruded in place, meaning that a) it's not going to rub off, b) it stands deliberately proud of the phone's back and added extra texture and grip, and c) it's a style statement, shouting "this is no plastic piece of rubbish - I'm an N8":

This 'list of 10' has, I admit, elements of infatuation. The N8 stole my heart last Autumn and hasn't really let go, calling me back whenever I consider straying, impatient and frustrated by the lack of speed of updates. When launched, the N8 was £420 in the UK - now that it's been on the market for nine months and with the lack of confidence in Nokia found in some channels, you can often find the N8, SIM-free, now for significantly less than £300, inc VAT.

Take my design list above and then add back in the things I wasn't allowed to mention, all the usual N8 'pros', and you have youself something of a bargain.

There are handsets that are iconic and which deserve to be retained, collected and cherished. In the Symbian world, the N95 classic was one such; the N8 may not be perceived by the 2011 tech media as a ground-breaker in the same way as the N95 was, back in 2007, and it may not be a perfect device (what is?), but it's just as iconic to me, with features, performance and design touches that I for one will be appreciating well into the next decade.

Steve Litchfield, All About Symbian, 4 July 2011

PS. Bonus link for those interested in the N8's internals

Filed: Home > Features > It's even better than you think - 10 underappreciated design points in the Nokia N8