A salute to Nokia multimedia headsets

This is going to sound a little trite, but, as mentioned in Pimping the N96, I'm a big fan of an accessory which comes in the box of many Nokia smartphones, the not-so-humble multimedia headset, giving easy and complete control over playback of podcasts and music. With photos of the usual suspects, here's why the multimedia headset rocks (literally) and why, if your Nokia smartphone didn't come with one, you might like to snap one up on the accessories market. 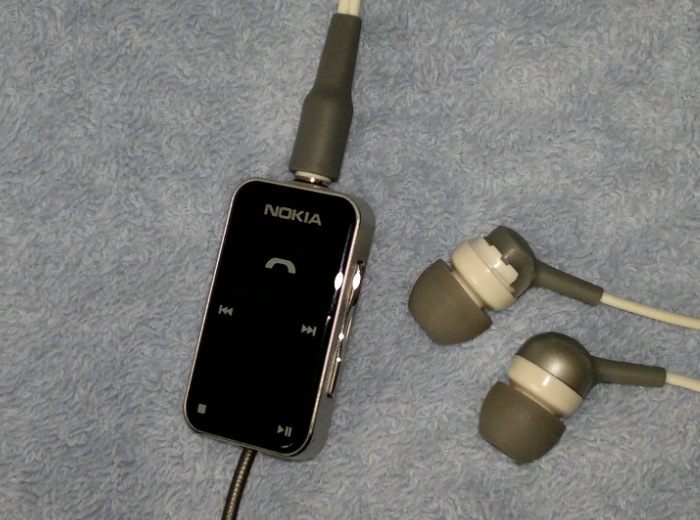 No, a multimedia headset isn't one of those futuristic goggles-with-LCD-screens gadgets that you sometimes see on television. By Nokia's definition, it's a set of stereo headphones that includes a pod with buttons for Play/Pause/Stop/Forward/Back, plus volume, of course. And a button for 'pick up an incoming call', naturally.

It's entirely possible that you've never really, properly used the multimedia headset that came in your box, or perhaps your Nokia smartphone came with a lesser headset, with just a call pick up button and maybe volume? In either case, you'll be wondering why the heck I'm making a fuss out of this. So, here are a couple of use cases from my own life:

It's fair to say that the onset of winter concentrates ones mind a little more on wrapping up well, including a coat and gloves. So there I am, out for a walk or waiting for a bus or train and listening to music. My smartphone is in my inner coat pocket. Or perhaps in a belt case. Either way, I decide I want to listen to the current song again (or, perhaps skip forward to the next one). Rather than having to:

with a multimedia headset, I simply click the appropriate button on the pod with my gloved hand. One operation, no disruption, and about 20 times faster.

Another example. I wake up in the night and want to catch up on some podcasts without disturbing my wife unduly. I went to sleep listening to the iPad Chat Show but, predictably, I fell asleep and missed the second half.

I insert one of the earbuds and, no need to unlock the phone screen and light up the room (and wake/annoy my wife), I press 'play' on the multimedia headset pod and the podcast starts again. I press and hold on the 'forward' button for six seconds and release. Nope, heard that bit. Press and hold again for a bit. Ah, that's about right, I'll listen from there. 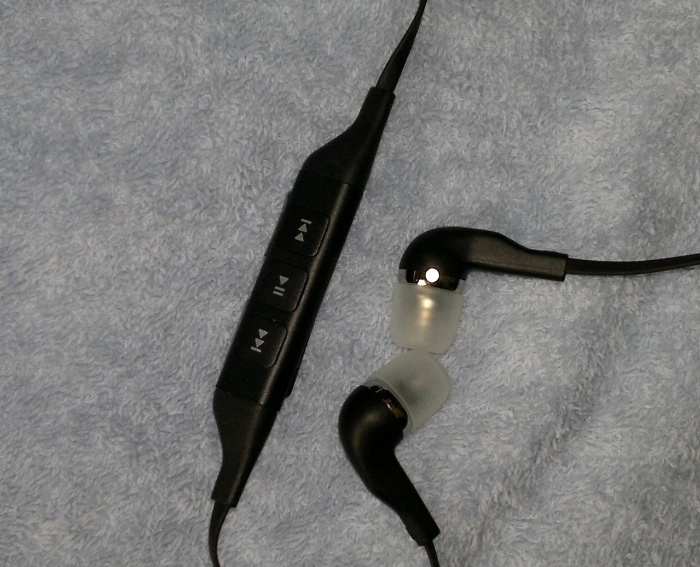 The WH-701 integral multimedia headset, as shipped with the N8, for example...

The reliance on touching the phone for multimedia control was bad enough when phones had buttons, it's far worse now that most designs have touchscreens. Which need to be locked, and unlocked, and looked at so that you know where to tap, and so on. It's an audio usability nightmare once you move away from the 'comfortably seated, normal lighting' use case.

Take almost all of the Android smartphones that I've had here for review. They're a right pain for listening on the move or at night and only the HTC Desire devices have come with a multimedia headset, so kudos to HTC for that. The iPhone is an interesting case, in that it comes with a one button headset, with arcane double, triple press (and hold, where needed) combinations to effect play/back/forwards/review/cue - I'm told it can be done but I'll bet that not more than 0.01% of users actually master the technique.

One important thing to watch for is that some headsets are one piece, which means you have to use the earbuds that are integral, while others are two piece, meaning that the control pod has a 3.5mm jack socket, into which you can put your own choice of standard headphones - a really flexible system. If you're into your music and if audio quality is paramount then you've probably got your own favourite 'cans' already, so definitely go for a headset with such a 'break out' option. 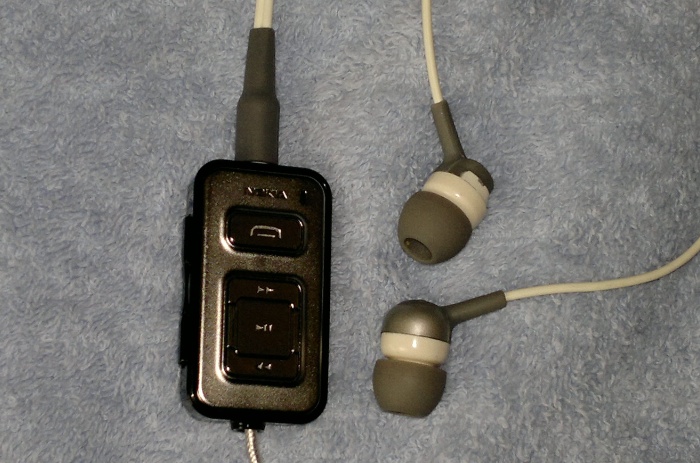 The AD-44 adapter is widely available in the boxes of cheaper phones or on eBay...

Hopefully some of the above has resonated with you. Are you also a fan of multimedia headsets? Some will rightly point out that most stereo Bluetooth headsets also include media control buttons. And, in theory, can do exactly the same job as a wired accessory. But such headsets have three big disadvantages:

So - in American style - I give you: A Salute to an Unsung Hero Accessory. Here's to the Multimedia Headset!