Over on the Nokia Conversations blog, they’ve looked at the history of their “Snake” game. Right from the first bundled version on the Nokia 6110 handset through to Vanixon’s Snake game on the Ovi Store. It’s a nice article that I suspect gets to where the author wanted (i.e. let’s link to a game on the Store) but really does show just how much Nokia’s eye is no longer on the Snake. When you look closer, the winding path of the snake seems to follow Nokia's smartphone strategy.

There’s no doubt that the inclusion of the first Snake game was a revolution. It clearly showed that applications and games could not only run on a smartphone, but that the users would happily accept them. When you look back, this was one of those moments where you could see an industry ready to change.

Nokia continued to push Snake with their handsets. As their Symbian powered handsets started to appear (in the 9210 and 7650), a quick check on the bundled CD showed an installable Snake game. Initially it was Snake 2, which lost the classic blocky look, to be followed in later devices with Snake 2 EX that polished the ideas of terrains and maps in the game.

The high water mark of Nokia’s reptilian adventures has to be the two variants of Snakes. The first was available on the original N-Gage platform, this game (along with a one level demo of their strategy game Pathway to Glory) was given away as a free download through their website. Many variants of the Snake game add a twist with their own rules, and just doing things differently, but Nokia managed something special. They managed to bring a 3D psychedelic experience to the snake game, and it all worked. Not only did they have a good game, but again they showed what was capable on the mobile phone as a gaming platform.

The second variant appeared on the N95, which was essentially the same game. However, the larger screen, faster graphics, and TV-Out cable (!), were just more impressive parts of the package that marked the N95 as a landmark phone. 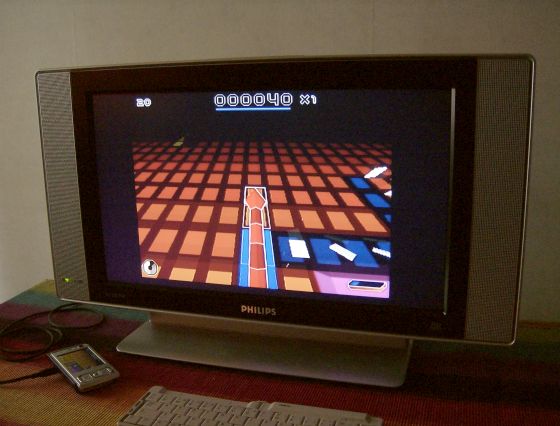 Your portable console, the N95 - TV-Out and Snakes.

Since then, many perceptions of Nokia have been damaged. Not least of their skill in promoting the Snake game. Their next effort was Snakes Subsonic, for the "Next generation gaming platform that was N-Gage." It would be polite to say that they dropped the ball. A clunky, unresponsive game, low frame rate, and slow game play. Basically Nokia got it wrong.

Rather than fixing it, we’ve not seen any more official Snake action. There have been various third party developers taking a swing at it (such as Snake Revolution from Digital Chocolate), but nothing from Nokia themselves. Instead, they're pointing towards one of many alternatives, while not providing their own. 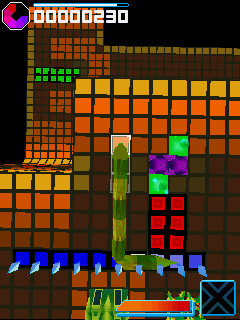 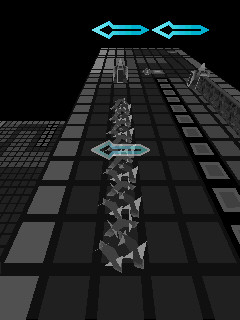 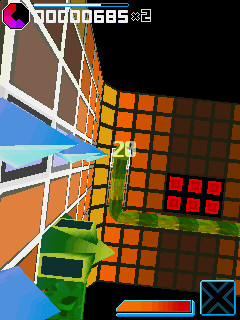 Now here’s the spooky thing. If you were to look at the perception of Nokia as a leader in the smartphone market over time - the curve of "just how good people think they are", you’d have a curve that fits in with the quality and impact of their snake games.

So on that basis, I don’t want to see Nokia telling me to go buy someone else’s effort at a Snake game. I want them to come out with an updated version, that has the same zip and addictiveness as the old version. A game that makes you want to play it, and that I can be proud to show off around the pub. Rather like I’m hoping the new Symbian powered phones will be accepted.