If you want to know what's going on in the world then taking advantage of the wonder of RSS is an absolute must. Further to that, using a mobile platform that uses real widgets, like Symbian, just cries out for a widget to show the day's news ticking by. We've looked at the armada of widgets from QooApps before and now we now take a look at its RSS offering.

QooRSS' main function is to provide an RSS widget on the Symbian homescreen. It also has a fully usable application too where you can browse feeds and their contents, and tweak settings.

QooApps have clearly made an effort to make QooRSS look stylish, I'm not convinced they succeeded, but it certainly looks distinctive enough to elicit a second look. The most obvious feature is its semi-transparent background with selectable wallpapers to sit behind. On first launch, the tiny fonts gave cause for concern, but a quick trip into settings to change from small to large soon fixed that problem. 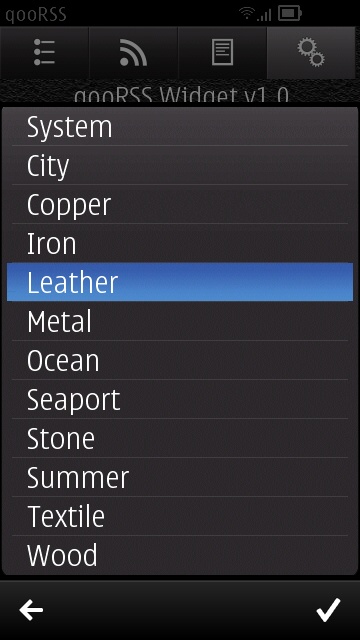 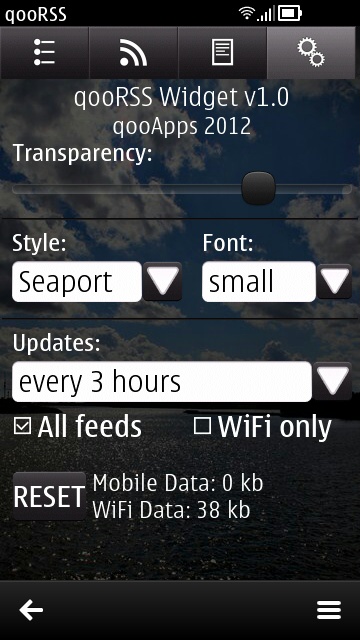 The tabs mentioned above are, in order: Feeds, Posts, and Content. Given contemporary user interface conventions, one would be forgiven for trying to move from the feed list to viewing a single feed, and then to a single post, by tapping on individual items. Not so in the case of QooRSS. Instead, one has to select the item of interest, then tap the next tab along at the top of the screen. Not only is this counter intuitive, but it requires more interaction with the touch screen. QooRSS loses points here.

The main menu from the feeds list view allows you to add, remove and reorder feeds. When it comes to adding feeds, you can either manually enter a URL or import multiple feeds from a file. The Nokia Store page for QooRSS states that the application can import feeds from both OPML and HTML files. However, QooRSS completely failed to import anything from the files that I tested with it, leaving me to enter URLs manually. More score markdowns here. Even more markdowns to the score come from how QooRSS handles scrolling, Dragging across text selects it, and so scrolling is done by dragging a scroll bar - but the scroll bar is invisble! 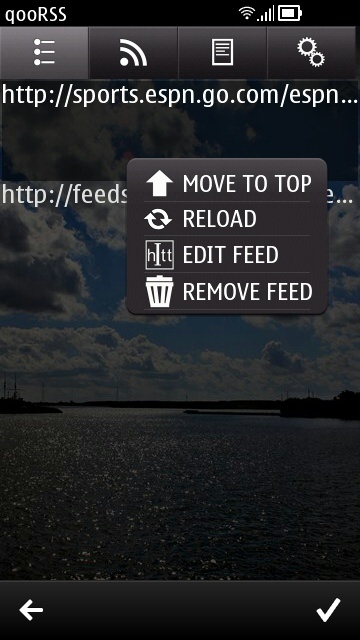 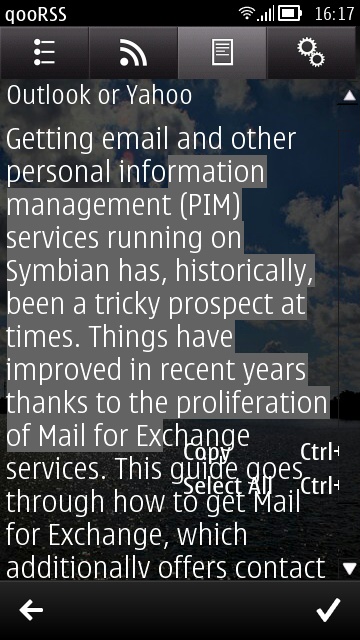 Context menus and selecting text (plus the invisible scroll bar)

Let's turn our attention to the widget now. As with other QooApp titles, the widgets are in the old four by one N97 widget style. Given that every device released since late 2010 is now running Nokia Belle, it's unfortunate to be limited to this style of widget and does hark back to the old days of Symbian touch, and rather looks out of place in the new world of widgets.

The widget itself shows the title of the feed you've put at the top of the feeds list (in the application) plus the three most recent stories. There's also an RSS icon on the left, which reloads your feeds when tapped. 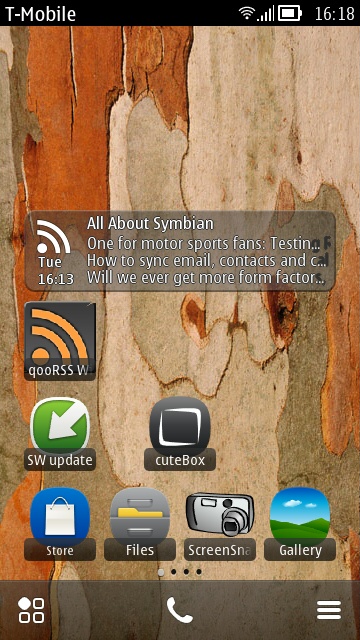 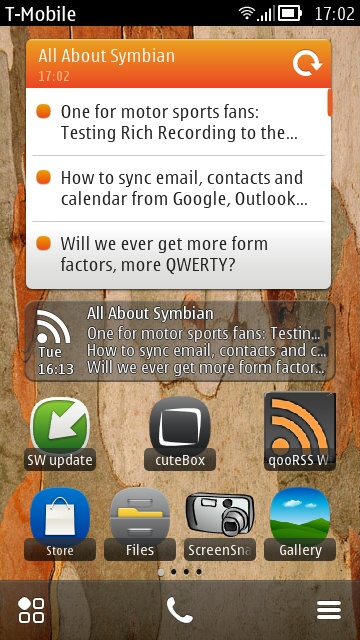 QooRSS vs native RSS - which do you prefer?

I found myself disappointed with QooRSS, mostly because of its inability to import my feeds. However, its looks are now sadly dated, and anyone with a Symbian device should now have the scrolling RSS widget, either via the Homescreen Widgets application update, or firmware updates to Belle Refresh or Belle Feature Pack 2.

In the end, it just isn't worth buying an app that is inferior to features that are (now) built into your device.