We all know Symbian has the best the power management of the smartphone platforms, but that doesn't mean we should take it for granted! If you're a power user who likes to know everything about your device, then having some sort of battery monitor is a good idea. We've already seen Nokia's Battery Monitor, but there's an alternative in the shape of qooBattery.

QooBattery Widget (to use its full name) is actually quite a simple looking application that comes in two parts, the widget and the actual app. Unlike the widget, the app gives a real-time chart of the battery drain over time.

You'll also find detailed specifications on the state of your battery, including the present charge level (measured in milliamp hours, mAh), the present voltage and current drain on the battery, and an estimated time and date of when the battery will be exhausted. 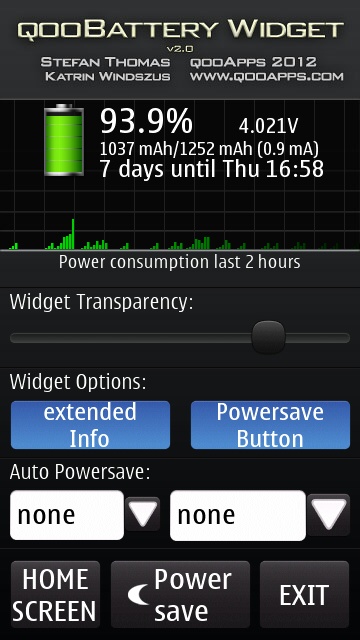 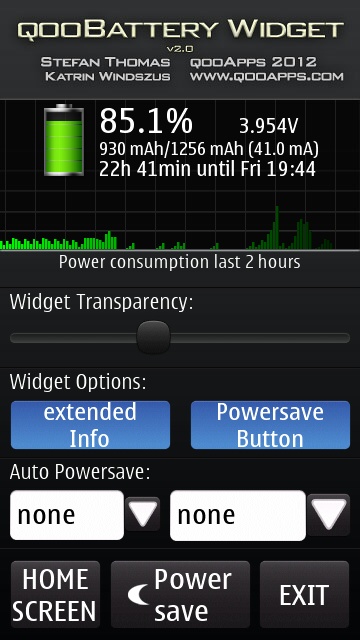 The application has display options for the widget, including whether the above 'Extended Info' will be shown. There's also an option for whether a (virtual) button will be shown to toggle Symbian's Power Saver mode. The latter is a most welcome addition as even Nokia's Battery Monitor application, which has many Power Saver options, does not include this; neither is there a Power Saver option in the Nokia Belle Profiles widget [though you can simply press the power button once and pick from that pop-up menu - Ed]. 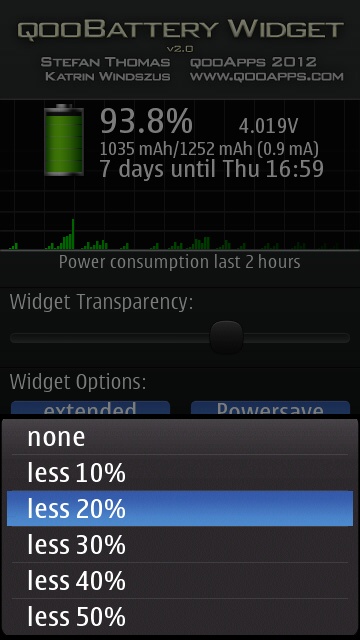 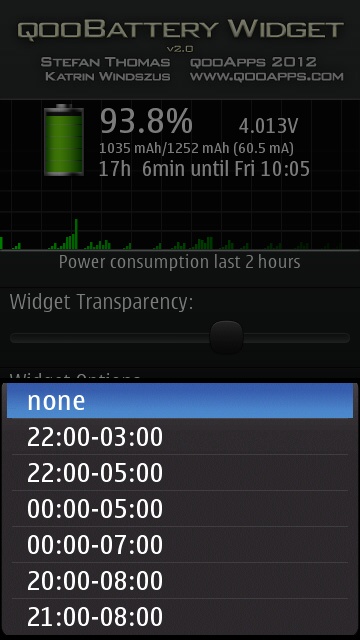 QooBattery has some of its own Power Saver tricks too. In the app, you'll find two drop-down lists. The first lets you set a battery threshold for which Power Saver mode will be triggered. The second has several predefined overnight periods for which Power Saver will be active. These are great options – I can see this type of function may have been the inspiration for Nokia Situations, and for some people Nokia's attempt at automatic profiling might be a little overkill. Whereas these simple schedules in qooBattery could be just right. 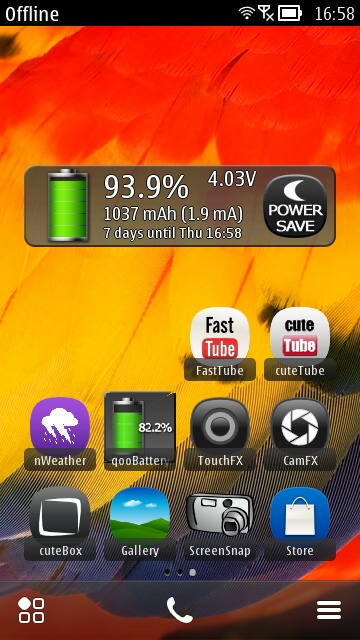 Power Saving mode can be activated from the qooBattery widget too

It's legitimate to compare qooBattery to Nokia Battery Monitor. While they essentially do the same thing, they take different approaches. Nokia Battery Monitor records power usage for each running application. This is useful if you want find out which applications are consuming the most power, so you can uninstall or tweak their settings. It also provides daily and weekly averages of this data. 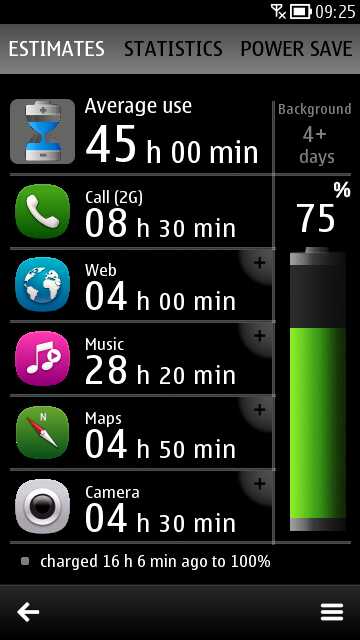 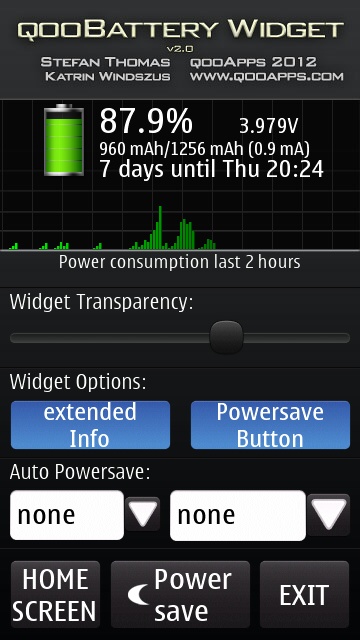 Meanwhile, qooBattery gives a power usage history chart that only covers two hours, and there's no information about individual applications. Instead, it gives you real time physical measurements of your battery.

Both approaches are valid and each have situations where they'd be useful. I'd suggest going with Nokia Battery Monitor to assess applications, but using qooBattery to benchmark a new battery, or compare several batteries.

It should be said that Nokia Battery Monitor has a much slicker user interface than qooBattery. However, qooBattery isn't presenting as much data. By the same token, if the developers of qooBattery ever want to extend its functionality, the present interface will have to significantly change! 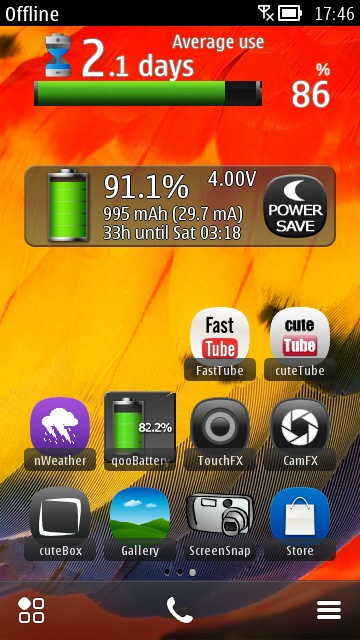 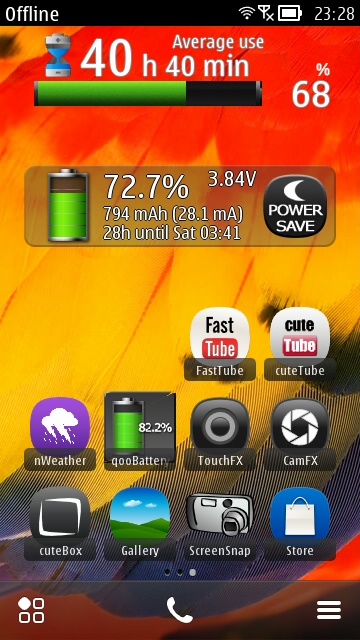 Battle of the widgets - Nokia Battery Monitor vs qooBattery

Relative accuracy is the last comparison to make of these two battery monitor apps. I created fresh installs of both and watched their measurement of the battery level over time. As shown in the screenshots, there was a significant difference between the two. Eventually they began to converge, but eventually diverged again at the end of the test period. Their estimates of remaining battery life were quite different, and I'm inclined to believe Nokia's engineers above all else.

QooBattery is £1.00 in the Nokia Store. If you want the software equivalent of a digital multimeter on your battery, then grab this app. However, if you want something to display how long your battery will last and which apps are using too much power, then stick with Nokia Battery Monitor.