On Tuesday Skype announced a partnership with Hutchinson to put Skype on phones on the 3 networks around the world. However, Skype were not willing to answer questions on specific handsets saying only that they were actively working on development for the Symbian platform. However at the 'Do New' booth on the Nokia stand there was a demo of Skype running on two 6680s over a 3G network. Read on for details...

The S60 Skype application was a complete implementation supporting Skype text chat, Skype voice calls (both to PCs and to other S60 handsets), and Skype Out dialing. Running the application over 3G results in latency of up to about a second.  It is the equivalent to calling your granny on their other side of the world via a satellite phone. It does work, but it is annoying and I can not see most people  being willing to put up with it. It was indicated that better performance would be achieved over a WiFi connectivity link. The call quality was similar to that achieved in a normal call.

The application has been developed for S60 2nd Edition (S60 2.6 to be precise), but Skype are working on a 3rd Edition product which would make sense given the WiFi available in the N80, and Eseries handsets.

We'll be covering more on Skype's plan for mobile in a later write up. 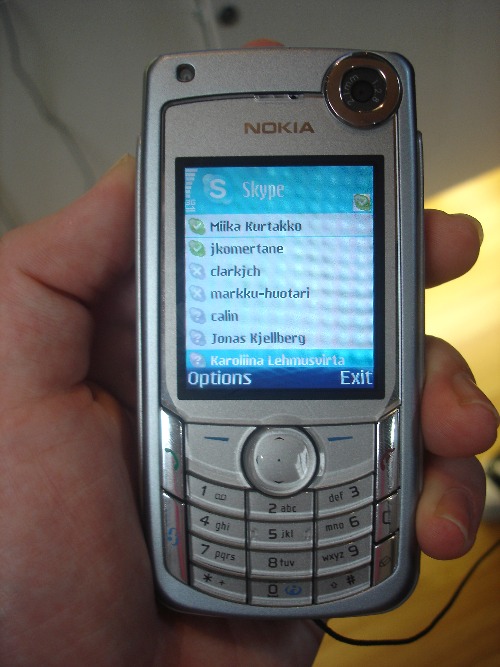 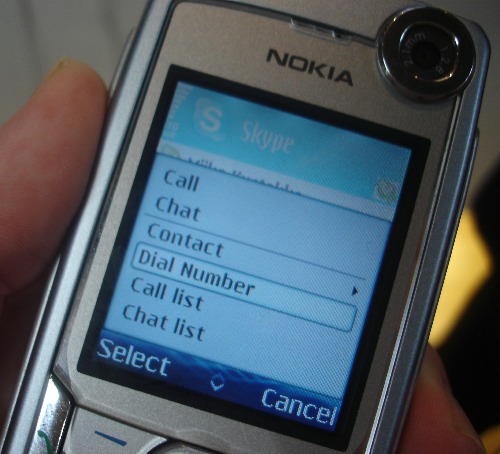