In the second part of our multi-part, multi-author review series on the Nokia N97, I look at its multimedia functions, including camera (superb in daylight), camcorder (super for landscapes...), video and music playback, radio and Podcasting (all good). Are there any weaknesses left in this Nseries flagship?  And what happened to Internet Radio, UPnP and a TV out cable? By the way, see also Part 1 - First impressions and overview.

"I commented previously that the N97 seems (not unnaturally, given the naming of the device) to have been given the stills camera sensor and software of the N96, itself very similar to that in the N95, N82 and N85, but with more mature control software and algorithms, resulting in photos with better colour handling and as-good-as-it-gets capture, display and save speed.

This is backed up by a super shutter key, very responsive and nicely positioned (unlike the sunken monstrosity in the N96), and a large, resistive touch screen which is useable in all but the very sunniest conditions." 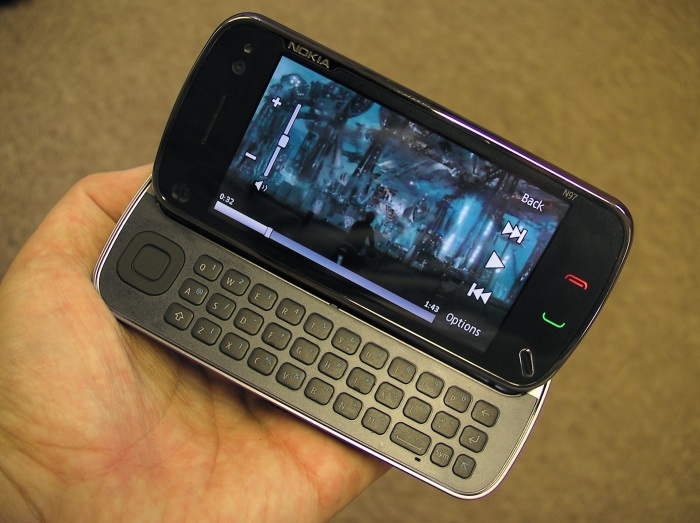